An international team of scientists, led by Skoltech professor Tatiana Podladchikova, has developed a new 3D method for reconstructing space weather phenomena; in particular, the shock waves produced by the Sun’s energy outbursts. Their findings can help better understand and predict extreme space weather occurrences that affect the operation of engineering systems in space and on Earth. The results of their study were published in The Astrophysical Journal.

Space weather is sometimes more important than the weather on Earth; solar flares, coronal mass ejections and giant plasma clouds propelled from the Sun at 100 to 3,500 km/s, not unlike a supersonic airplane, can initiate a large-scale magnetosonic shockwave in the solar atmosphere. This shock wave can also travel in interplanetary space and accelerate solar energy particles flying in all possible directions, posing a severe threat to astronauts and satellites alike.

As the coronal mass ejections and the accompanying shock waves hit the Earth’s magnetosphere, they can set off violent geomagnetic storms and auroras. In an effort to fend off the attack of a multi-billion-ton mass of electrified gas knocking down everything in its path, some countries disable satellite dishes and other satellite equipment to avoid imminent disruptions, stop all satellite maneuvers, issue navigation failure alerts, change air routes, and cancel all over-the-pole flights.

Credit: NASA, STEREO-A/EUVI on the left and the processed image on the right

In 2006, NASA launched its STEREO program, offering a groundbreaking opportunity to study the Sun and large-scale disturbances in its atmosphere. STEREO consists of two identical satellites ‒ one ahead of Earth in its orbit, the other trailing behind. With this pair of viewpoints, one can use a stereoscopic effect to obtain a 3D structure of solar eruptions, which cannot be achieved using a single measurement. 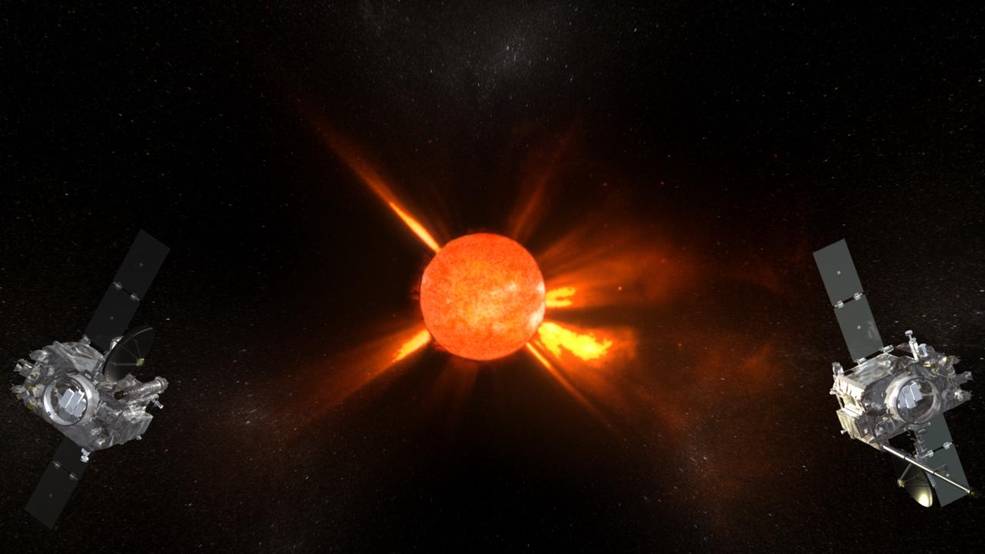 “Estimating the 3D structure and height of the EUV wave front is a non-trivial task. Since the plasma is optically transparent at the observed wavelengths, the measured signal reflects the radiation integrated along the satellite’s line-of-sight, which makes it very difficult to identify objects in different STEREO images,” explains Tatiana Podladchikova, the main author of the study and a Skoltech professor.

“The proposed approach leverages the combination of stereo vision geometry methods and sophisticated noise filtering techniques, making it a useful tool for studying and predicting extreme space weather phenomena. And no matter what storms are raging in space, we wish you good weather in space!” adds Podladchikova.