Scientists from Russia and the United States studied the composition of the deep layers of permafrost in Eastern Siberia to better understand the hazards of the permafrost thawing to our planet and its inhabitants. Their findings suggest that the release of organic matter from the permafrost will intensify the greenhouse effect. The results of their study were published in the Journal of Geophysical Research. 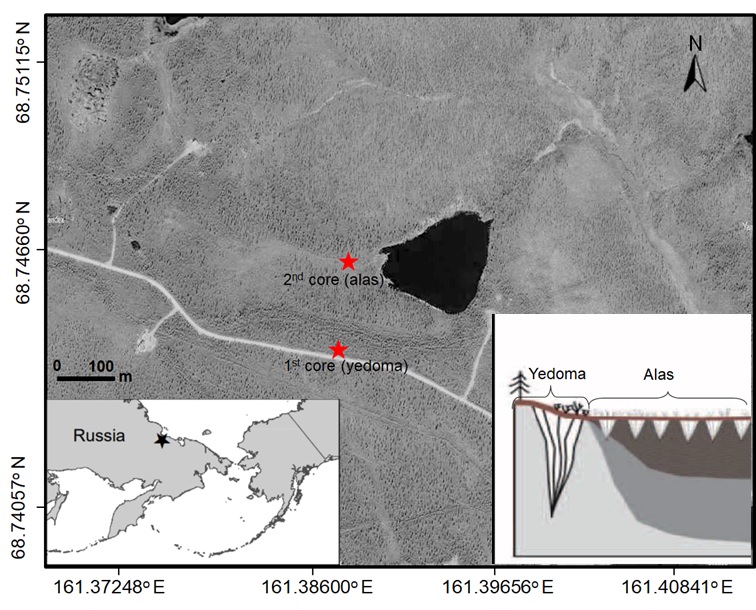 An ice-coated ground that never thaws, permafrost accounts for nearly 25% of land on Earth. Permafrost has increasingly drawn the attention of scientists due to global warming, since permafrost thawing may trigger extensive releases of ancient organic carbon and possibly result in a huge environmental disaster. There is no clear understanding of the consequences of the permafrost meltdown, which may be fraught with other risks aside from a global rise in sea levels.

Scientists from the Skolkovo Institute of Science and Technology and Lomonosov Moscow State University in collaboration with researchers from Florida State University undertook the first ever study of organic matter contained in the deep permafrost layers in the Kolyma River basin in Eastern Siberia, aiming to understand what happened during permafrost thawing periods in the past and predict how present-day global warming may affect permafrost and what this could lead to. In an attempt to find out what organic material is buried under the layers of ice and what would happen if it breaks loose, the scientists took soil samples at depths of 3 to 15 meters from two deposits of different geological ages to study the soil molecular structure using mass spectrometry. The experiment showed that permafrost thawing may produce microbially degradable rich organic matter, which, in turn, will cause massive greenhouse emissions and speed up global warming.

One of the authors of the study and Junior Research Scientist at Skoltech, Alexander Zherebker, PhD (Chemistry), stressed the significance of the study:

“We examined Pleistocene and Holocene deposits representing a pool of carbon which is best conserved and was only partly transformed during the melting periods; it is made up of 2% organic matter and 90% ice. We pinpointed the components that underwent the biggest change and those that are most susceptible to microorganism action. It transpired that biodegradable components are present both at great depths and very close to the permafrost surface. According to our projections, the Arctic region will very soon have a marked impact on global warming.”