On August 22, the German Federal Minister of Foreign Affairs, Heiko Maas, visited Skoltech’s new campus. The purpose of the visit was to meet with Russian and international students, professors, and members of the Skoltech and Skolkovo Foundation leadership.

Upon entering Skoltech’s new campus, Minister Maas was greeted by a talking robot; asking it if it liked football, the robot replied, “I am not into playing sports, but sometimes I like to watch it.”

The visit wrapped up with Minister Maas meeting Skoltech students, who talked about their projects, scientific developments and research.

A visit from a high-ranking foreign official such as Minister Heiko Maas is a great honor for Skoltech, as it shows the growing international interest in the Skoltech project and adds to the prestige associated with the institute. 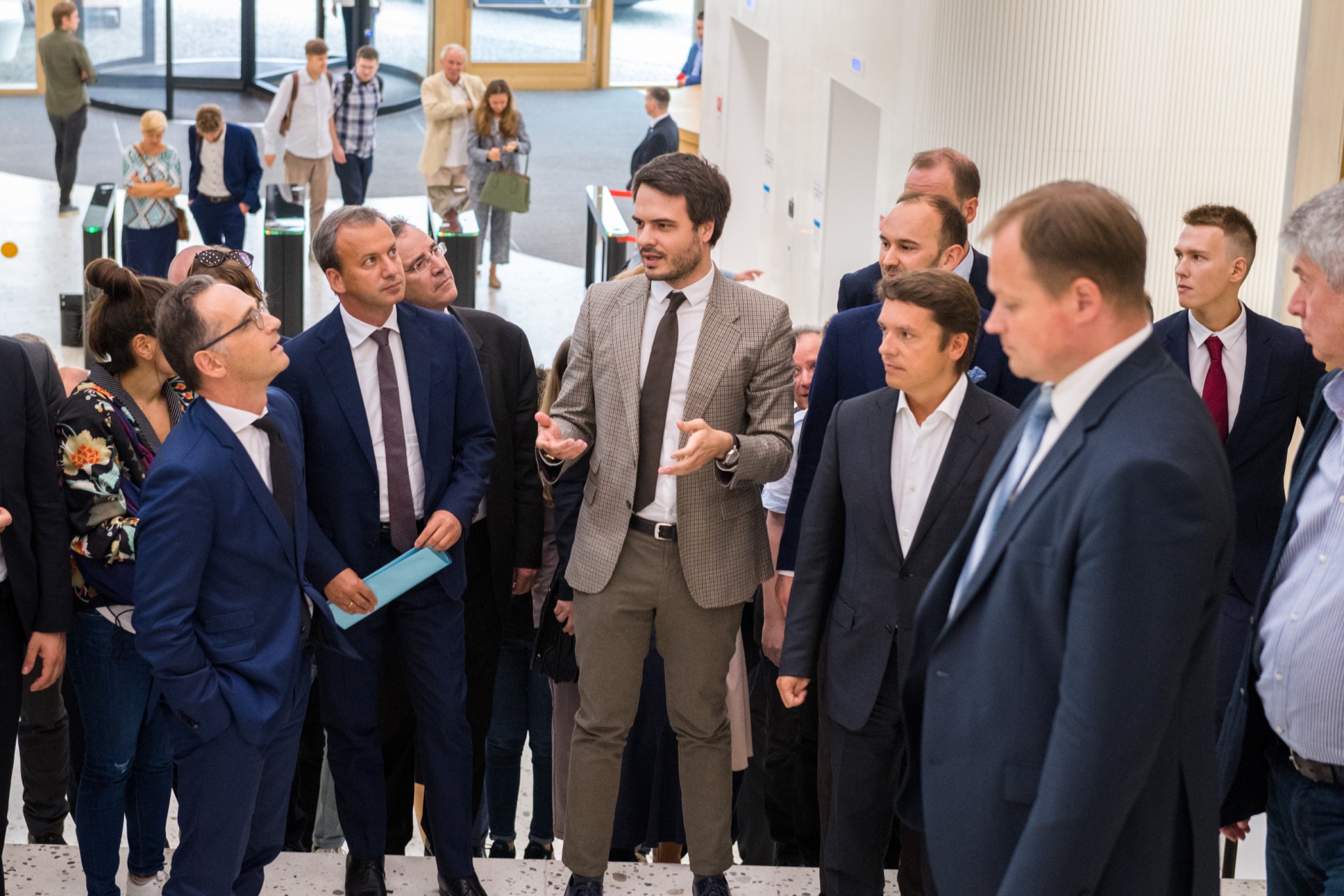