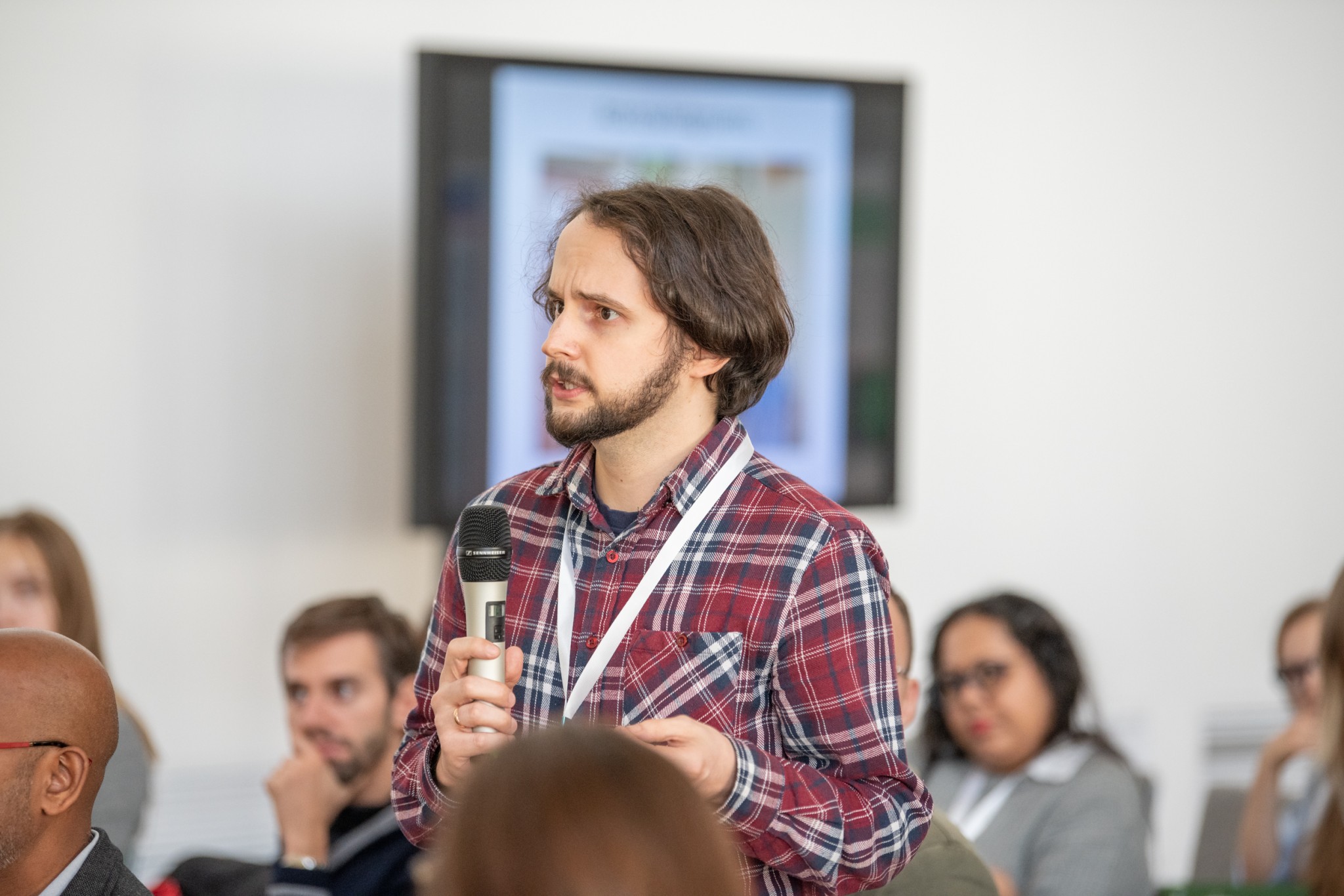 The 1st International School on Hybrid, Organic and Perovskite Photovoltaics began at Skoltech’s new campus on October 21. The Institute for Problems of Chemical Physics of Russian Academy of Science organized the three-day event, which is chaired by Professor Pavel Troshin (Skoltech) and Professor Keith Stevenson (Skoltech), drawing eminent scientists working in the field of photovoltaics (the conversion of solar energy into electricity) from across the world. The attendees included an international advisory board comprising thirteen members from the UK, Germany, the United States, Italy, Israel, Spain, Japan, Germany, Russia, the Netherlands, and Singapore. The conference comprises thirty-two presentations, eight plenary sessions, and three poster sessions. 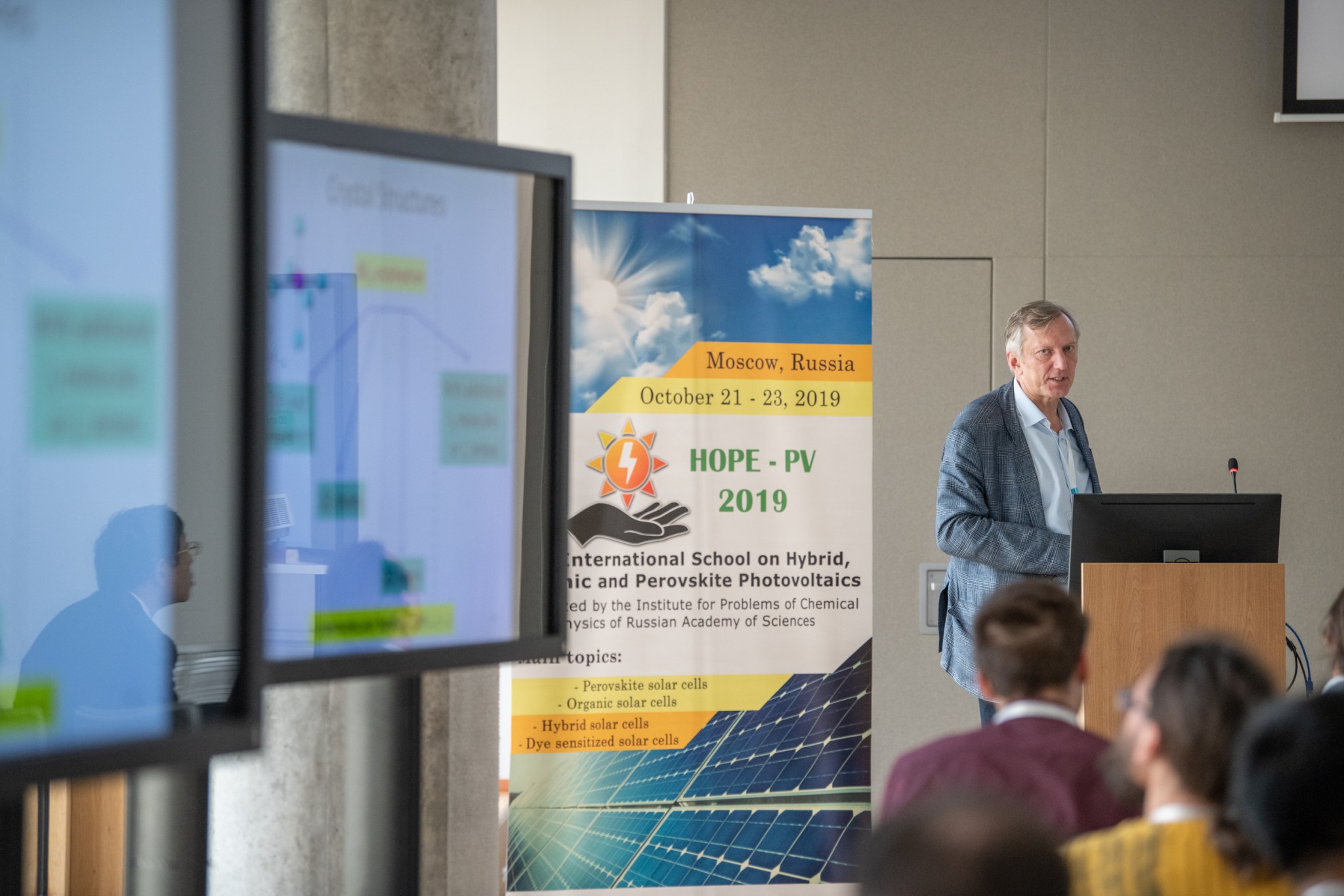 One of the key presenters and international advisors is Professor Tsutomu Miyasaka of Toin University of Yokohama. Professor Miyasaka is famous for his invention of the Perovskite solar cell, for which he has been nominated for the Nobel Prize since 2017. 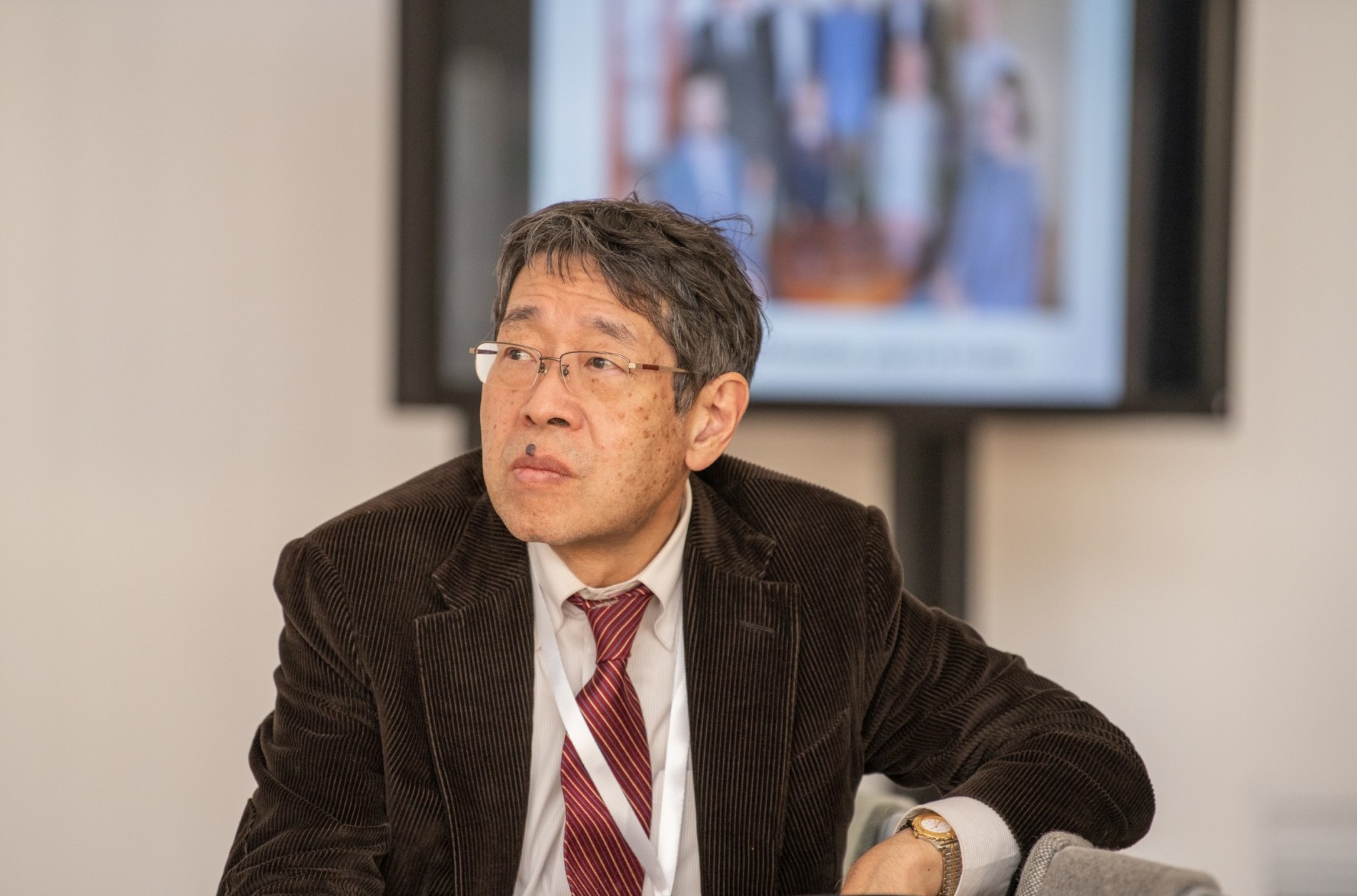 “This group is an opening for international collaboration. Professor Keith Stevenson, who came here from the United States four years ago, still leads collaborations between Russia and other countries; I think this is a great policy for removing the borders in science. It is my first time visiting Skoltech and Moscow; I previously visited St Petersburg and it is a great place in terms of culture, but I think Moscow is the center in terms of science.

I was first nominated for the Nobel Prize in 2017, and I won the Clarivate Citation Laureates that same year. My first paper relating to Perovskite solar cells now exceeds nine thousand citations and research has spread all over the world – professors of physics and chemistry from Moscow and St Petersburg are doing work on this. What is impressive is that the Skoltech Center for Energy Science and Technology is more focused on engineering and applications and is open to practical application in a company. That is enabling a very efficient collaboration between industry and this university. That is a great advantage.” – Professor Tsutomu Miyasaka (Toin University of Yokohama, Japan)

The event’s sponsors are the Russian Science Foundation, Severstal Ltd., and Skolkovo Institute of Science and Technology (Skoltech).