Researchers from the U.S., Russia, and China have bent the rules of classical chemistry and synthesized a “forbidden” compound of cerium and hydrogen — СеН9

— which exhibits superconductivity at a relatively low pressure of 1 million atmospheres. The paper came out in Nature Communications.

Superconductors are materials capable of conducting an electric current with no resistance whatsoever. They are behind the powerful electromagnets in particle accelerators, maglev trains, MRI scanners, and could theoretically enable power lines that deliver electricity from A to B without losing the precious kilowatts to thermal dissipation.

Unfortunately, the superconductors known today can only work at very low temperatures (below −138 degrees Celsius), and the latest record (−13 C) requires extremely high pressures of nearly 2 million atmospheres. This limits the scope of their possible applications and makes the available superconducting technologies expensive, since maintaining their fairly extreme operating conditions is challenging.

Theoretical predictions suggest hydrogen as a potential candidate for room-temperature superconductivity. However, coaxing hydrogen into a superconductive state would take a tremendous pressure of some 5 million atmospheres; compare with 3.6 million atmospheres at the center of the Earth. Compressed so hard, it would turn into a metal, but that would defeat the purpose of operating at standard conditions.

“The alternative to metallizing hydrogen is the synthesis of so-called ‘forbidden’ compounds of some element — lanthanum, sulfur, uranium, cerium, etc. — and hydrogen, with more atoms of the latter than classical chemistry allows for. Thus normally, we might talk about a substance with a formula like CeH2 or CeH3. But our cerium superhydride — CeH9 — packs considerably more hydrogen, endowing it with exciting properties,” explained an author of the study, Professor Artem R. Oganov of Skoltech and the Moscow Institute of Physics and Technology (MIPT).

As materials scientists pursue superconductivity at higher temperatures and lower pressures, one may come at the cost of the other. “While cerium superhydride only becomes superconductive once cooled to −200 degrees Celsius, this material is remarkable in that it is stable at a pressure of 1 million atmospheres — less than what the previously synthesized sulfur and lanthanum superhydrides require. On the other hand, uranium superhydride is stable at an even lower pressure, but needs considerably more cooling,” added co-author Ivan Kruglov, a researcher at MIPT and Dukhov Research Institute of Automatics.

To synthesize their “impossible” superconductor, the scientists placed a microscopic sample of the metal cerium into a diamond anvil cell, along with a chemical that releases hydrogen when heated — in this case with a laser. The cerium sample was squeezed between two flat diamonds to enable the pressure needed for the reaction. As the pressure grew, cerium hydrides with a progressively larger proportion of hydrogen formed in the reactor: CeH2, CeH3, etc.

The team then used X-ray diffraction analysis to discern the positions of the cerium atoms and thus indirectly reveal the structure of the new compound (fig. 1). The CeH9 crystal lattice is comprised by cages of 29 hydrogen atoms in a near-spherical formation. The atoms in each cage are held together by covalent bonds, not unlike those in the familiar H2 molecule of the hydrogen gas, but somewhat weaker. Each cage provides a cavity that houses one cerium atom. 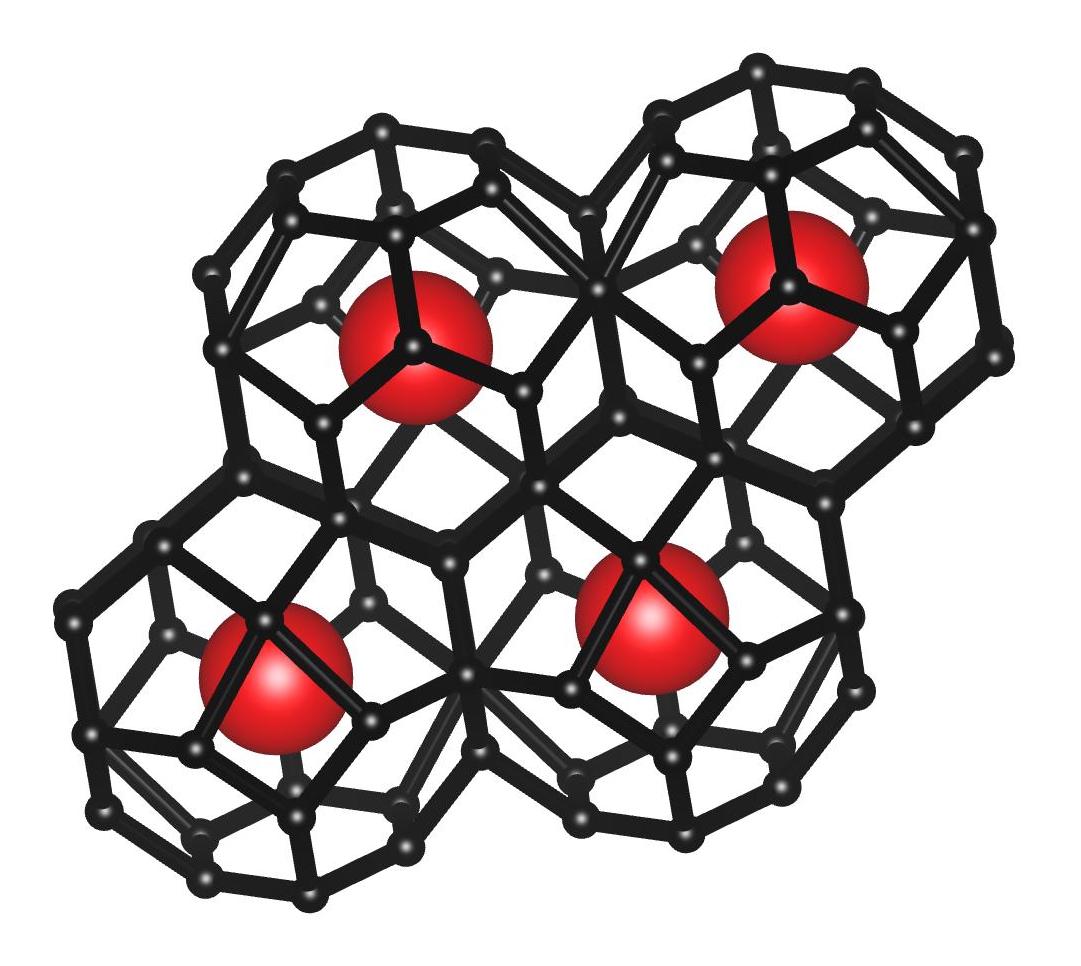 Figure 1. The crystal structure of cerium superhydride, CeH9. The cerium atoms are depicted as red spheres. The hydrogen atoms and the chemical bonds between them are shown in black. Credit: Ivan Kruglov/MIPT and Dukhov Research Institute of Automatics

The advent of USPEX — developed by Skoltech and MIPT’s Artem Oganov — and other computer algorithms predicting the crystal structure of previously unheard of “forbidden” compounds has enabled researchers to study the single-metal hydrides in minute detail. The next step is adding a third element into the mix: The triple compounds of hydrogen and two different metals are unchartered territory. Since the number of possible combinations is great, researchers are considering using AI algorithms to select the most promising candidates.