A group of Skoltech researchers led by Professor Anatoly Dymarsky have studied the emergence of generalized thermal ensembles in quantum systems with additional symmetries. As a result they found that black holes thermalize the same way ordinary matter does. The results of their study were published in Physical Review Letters.

The physics of black holes remains an elusive chapter of modern physics. It is the sharpest point of tension between quantum mechanics and the theory of general relativity. According to quantum mechanics black holes should behave like other ordinary quantum systems. Yet, there are many ways in which this is problematic from the point of view of Einstein’s theory of general relativity. Therefore, the question of understanding black holes quantum mechanically remains a constant source of physical paradoxes. The careful resolution of such paradoxes should provide us a clue as to how quantum gravity works. That is why the physics of black holes is the subject of active research in theoretical physics. 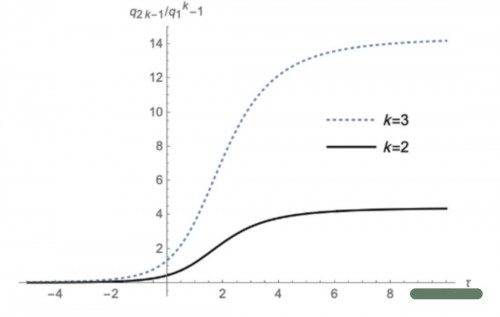 One particularly important question is how black holes thermalize. A recent study undertaken by a group of Skoltech researchers found that in this regard black holes are not that different from ordinary matter. Namely, the emergence of equilibrium can be explained in terms of the same mechanism as in the conventional case. An analytical study of black holes became possible due to the rapidly developing theoretical tools of the so-called holographic duality. This duality maps certain types of conventional quantum systems to particular cases of quantum gravity systems. Although additional work is necessary to extend this similarity to thermalization dynamics, this work provides additional support for the paradigm that important aspects of black holes and quantum gravity in general can be explained in terms of the collective dynamics of conventional quantum many-body systems.

Furthermore, the work sheds new light on how conventional many-body quantum systems thermalize. It is widely accepted that isolated quantum mechanical systems can be accurately described by equilibrium statistical mechanics. The precise mathematical statement that provides such a description is called the Eigenstate Thermalization Hypothesis. Nevertheless, a proof of this hypothesis was lacking. Authors of the paper claim to partially fill this gap.

“To the best of our knowledge, our work is the very first analytic proof of the Eigenstate Thermalization Hypothesis in spatially-extended systems, with all previous works on the subject (with very few exceptions) being numerical. We believe that the conceptual and technical novelty of our paper is of broad interest,” explains Professor Anatoly Dymarsky of the Skoltech Center for Energy Science and Technology.