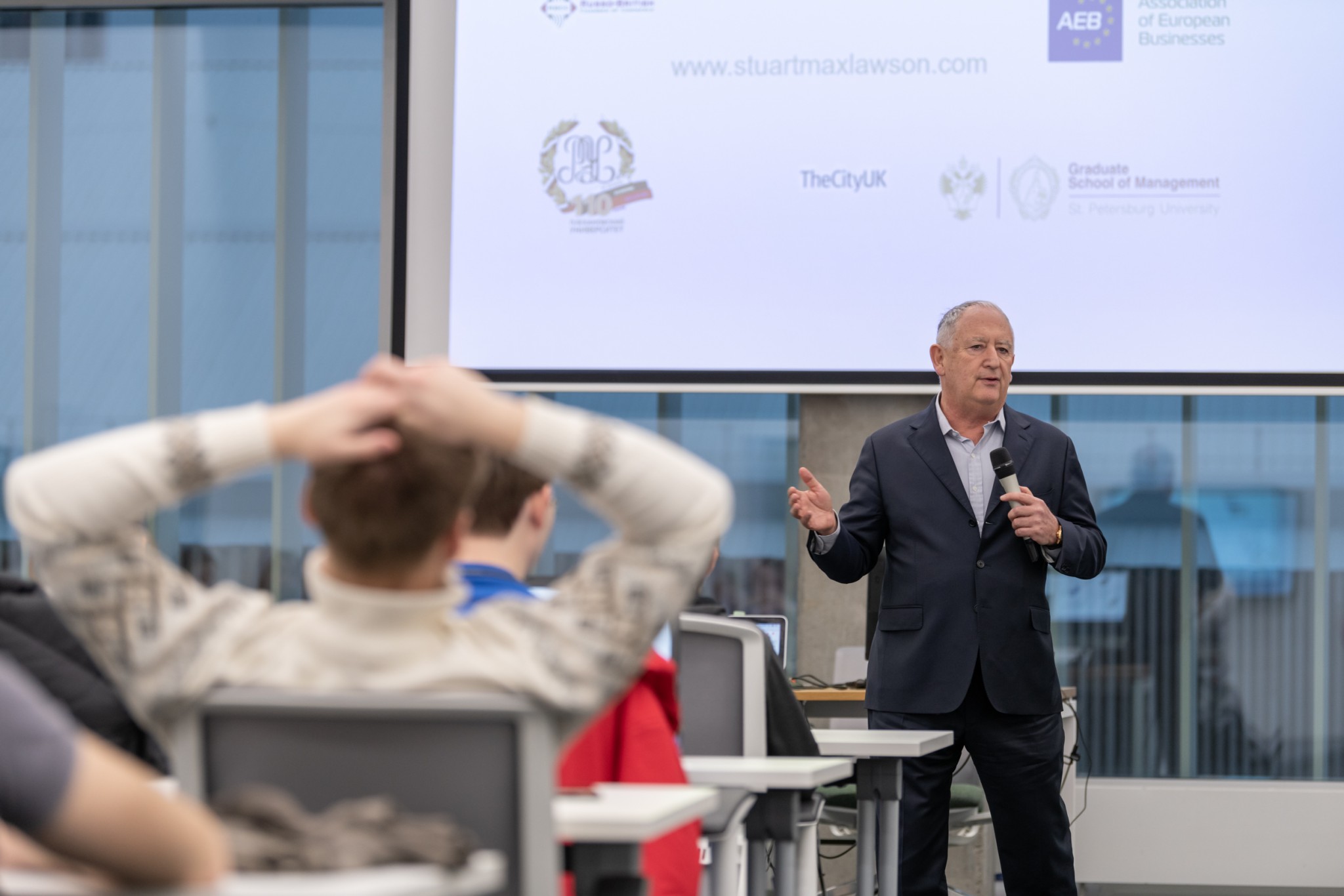 Mr. Lawson has 36 years of banking experience in 11 countries, including 16 years as CEO/Chairman of banks within Russia itself. He led both Citibank and HSBC’s Russian operations for four years until 2009, when the Central Bank of Russia, the Banking Associations and the Ministry of Finance nominated him as one of Russia’s leading bankers.

Mr. Lawson managed both Western and Russian banks in periods of growth and crisis. His earliest assignment, which turned into his first crisis assignment, was as the Head of the Citibank office in Kenya prior to and during the 1982 coup d’état attempt. He first came to Russia in 1995 as the Head of the Russian division of Citibank, which was also a period of crisis and volatility.

After such a long career, one of Stuart’s focuses now is to help young people seeking to become entrepreneurs not make the same mistakes that he made. Imparting these lessons to students was the focus of his lecture, Successful Failure.

“What drove me into Successful Failure was failed failure. I’ve experienced failure but didn’t understand some of the essential lessons that I’m teaching here today. This is an opportunity for me to offer students guidance on the process of failure, which is a necessary part of growth towards leadership. It will equip them with the tools they need to overcome failure, tools that I lacked when I was young. None of this is theoretical; it is based on personal experience. If you enter entrepreneurship or venture capital, one of things you have to face is how to recover from a failed project.” – Stuart Maxwell

These days, Mr. Lawson is one of the Skolkovo Ventures Board of Directors and Senior Advisor to EY. He is an established consultant, and a frequent public speaker and commentator and he has created a series of leadership workshops and seminars, which form the basis of his talk for Ideas to Impact. In his spare time, he has also published some books on ballet photography.