A delegation of 17 postgraduate students working in the spheres of cybersecurity, space, energy, and environmental policy visited Skoltech as part of the Stanford US-Russia Forum (SURF). SURF is an organization dedicated to bringing students from leading Russian and US universities together to conduct research in a variety of disciplines. It began in 2008, giving students the opportunity to partake in a six-month program each year. The selection process is highly competitive and this year’s delegation totaled 43 delegates taken from over 700 applications from 325 universities. Most of the delegates have already done internships at major companies such as Air France, Merrill Lynch, NASA, SpaceX, the World Bank, Google X, and many more.

Our guests got an overview of Skoltech during a meeting with our VP for Communications Alexei Sitnikov. Later, each group met with professors to get insights and perspectives on the projects they will defend at Stanford in 2020.

“It’s interesting to get insight from the mentors on how different the approaches are towards cybersecurity in the US and Russia,” said Anastasia Gnatenko, a postgraduate of the Diplomatic Academy of Vienna.

Anastasia’s main interest is finding out about “bug bounty programs” in Russia. A bug bounty program is when an organization offers financial incentives to white-hat hackers (ethical computer hackers) to find vulnerabilities in their systems, the goal being to improve security. These are increasingly popular in the US, but they have yet to become a thing in Russia. Obstacles such as regulation and attitudes towards data privacy for now stand in the way. 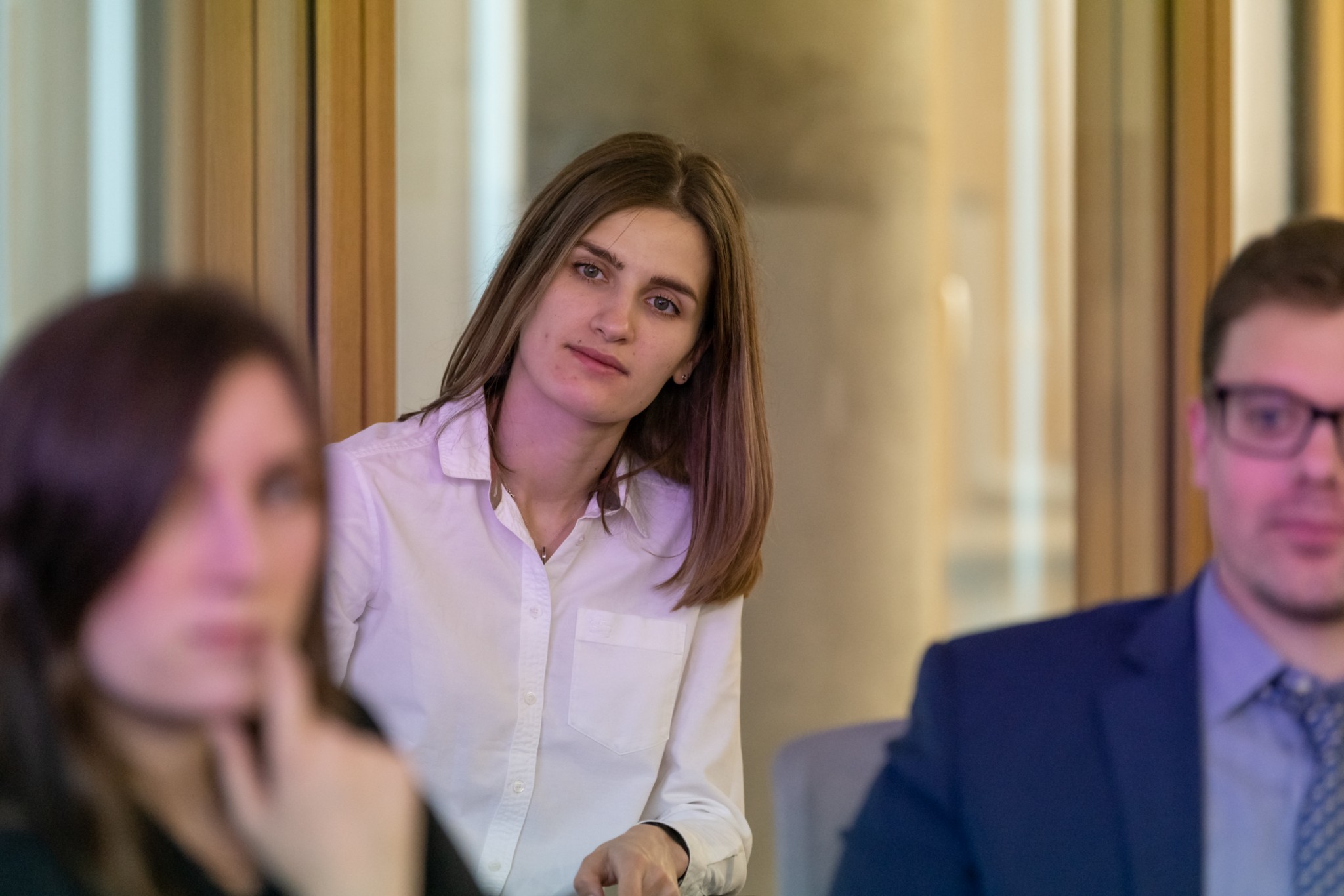 “Our mentor gave us some good insights, but also asked us to get in touch with more specific questions if needed. This is crucial, because our topic is very complex,” said Lev Maksimov, a doctoral student of the Industrial University of Tyumen.

“I have spent much of my academic career going to former Soviet countries, but this is my first time in Russia and I’m fascinated to see what kind of technological progress is going on here,” said Rowan Baker, a B.A. student of International development studies and Russian studies at the University of California. Rowan previously lived in Moldova, Kazakhstan, and Georgia, and completed field research at the Aral Sea on fisheries and climate change.

“It was excellent to get a perspective from someone who is a Russian researcher and from a university as respected as Skoltech. We really enjoyed picking her brain and getting insight on our project through her lens,” said Madison Maloney.

Madison and her group met with Professor Tatiana Podladchikova of the Skoltech Space Center. Professor Podladchikova mentored the group on two projects: An educational project on Russia-USA relations in space (ISS, MOON, etc.), and a project on renewable energy for Russia. 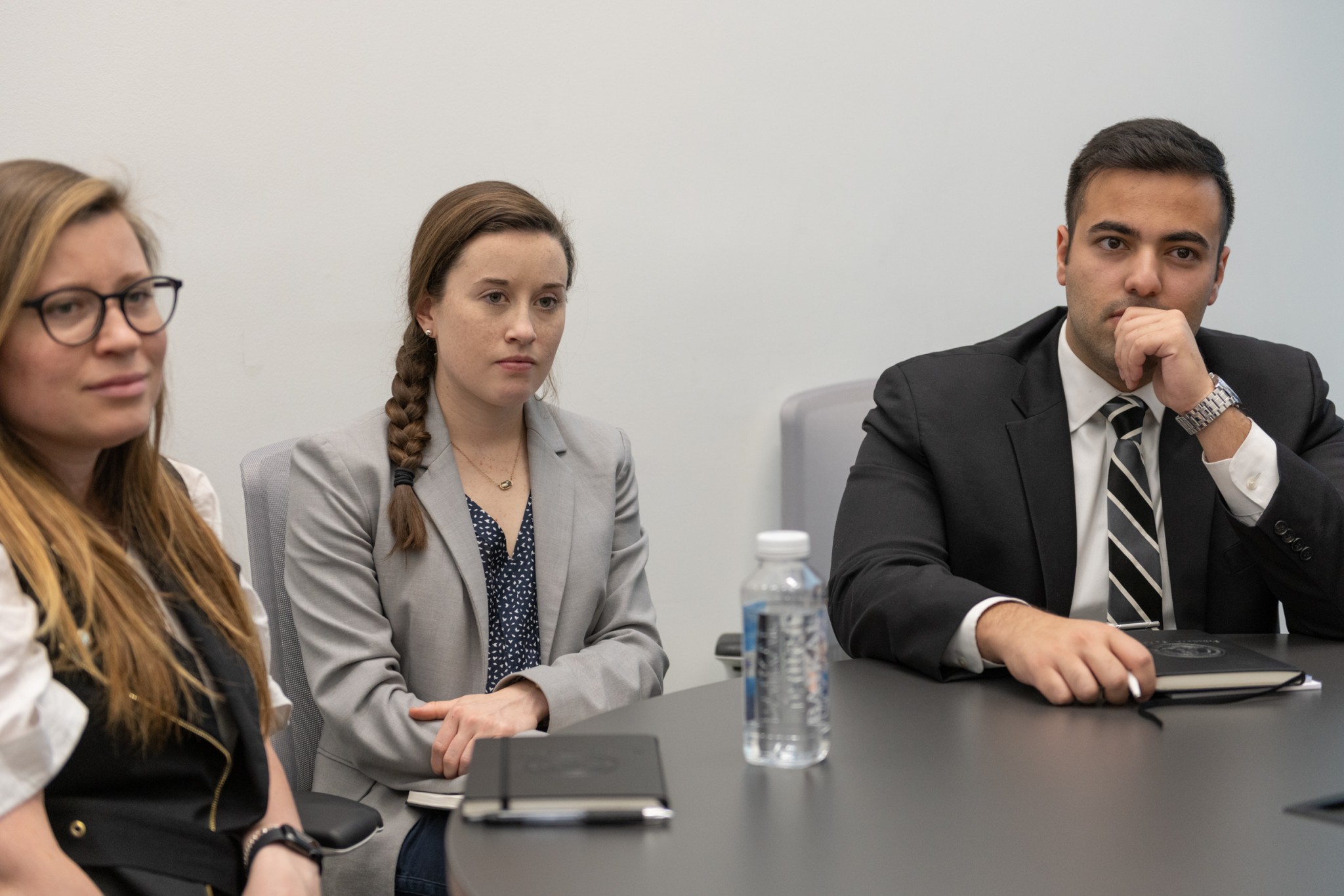 David Hoyt, one of the earliest participants on the SURF program and one of the key organizers of this year’s delegation gave his views:

“We have an incredibly qualified group of delegates this year, potentially our best yet. The goal for this year is that each group does a research project related to US-Russia relations as well as their working group topic. They also have deliverables; this is basically how do you take a research topic relatable to that specific issue and then bring that into the world, which could be stepping-stones between the United States and Russia. For me personally I love bringing the delegates here to Skolkovo, because I see the change. The new campus is like a time lapse from when I first came here.” – David Hoyt, Stanford Student and SURF organizer.