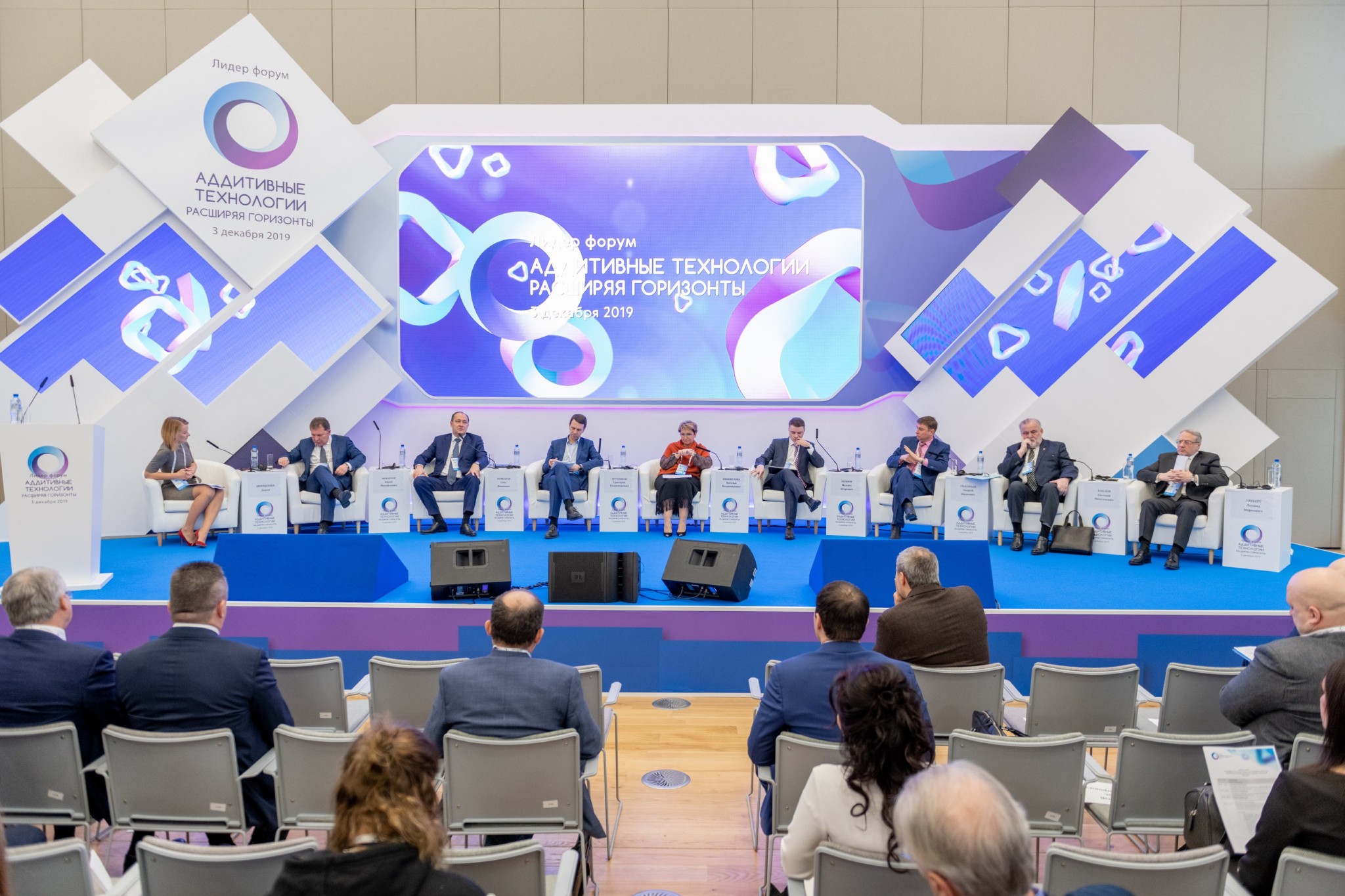 On December 3, 2019, Skoltech played host to the forum, “Additive Technologies, Growing Horizons,” which is the result of a signed agreement between the federal government and the state nuclear energy corporation, “Rosatom.” It brought together key ministries and leaders of Russian as well as foreign private and state companies who represent the interests of both the additive and machine building industries.

The forum covered high-tech areas such as technologies for new materials and substances, particularly in the health sector. It also aimed at discussing a roadmap for developing the market for additive production in Russia, including the production of medical products, with the possibility to broaden the horizons for cooperation and partnership on the world market. Forum participants had the opportunity to cooperate with additive technology producers and together set a direction for market development. Participants held discussions on new trends in growth and development of new technologies for additive production and finished products from which there are examples of successful implementation, prospects, and import substitution.

Speakers from companies and institutions such as Technical University of Munich, presented by the professors DR. Wudy Katrin and Dr. Nikolaus A. Adams,  Leibniz Universiät Hannover Institute of Quantum Optics, Oerlikon, Siemens, etc., were among the attendees. Other key figures included the Deputy Chairman of the Board of the Military-Industrial Commission of the Russian Federation Oleg Bochkarev, the Deputy Chairman of the Military-Industrial Commission under the Russian Government Yuri Mikhailov, a number of federal deputy ministers, the General Director of the Promising Initiatives Foundation Andrey Grigoryev, and the rectors of leading technical institutes.

Skoltech’s Professor Iskander Akhatov (Director of the Center for Design, Manufacturing, and Materials) moderated the session, “Technologies for all Higher Education Institutions,” and was an active speaker during the sessions, “Software Protection. Regulation and standardization – a driver or brake?”, and the panel discussion, “Additive Technologies in Medicine.”