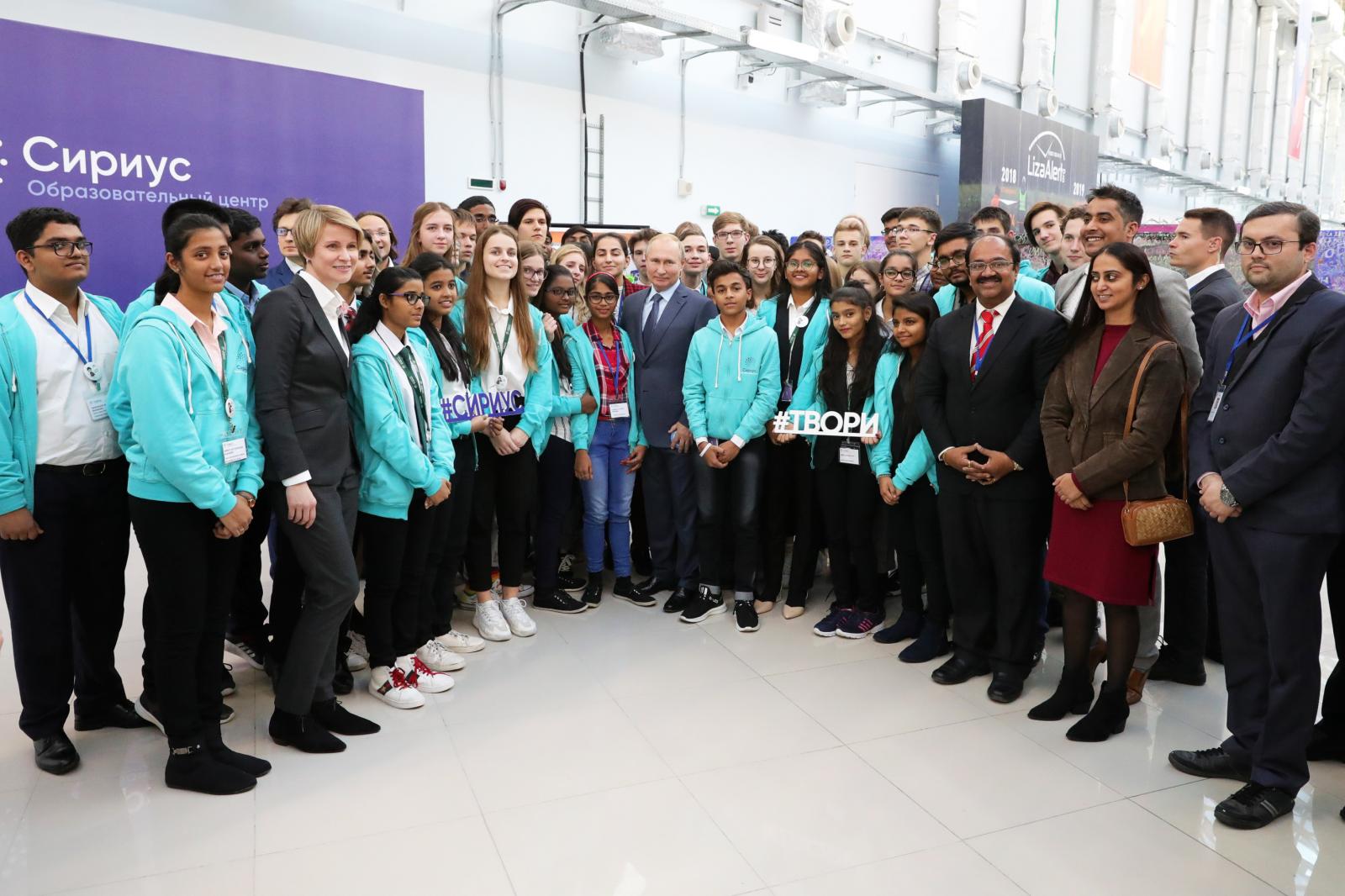 The first international project school, “Big Challenges of Sustainable Development”, has just ended at the Sirius Educational Center. 25 Indian and 25 Russian schoolchildren worked in project teams to explore five areas: Earth remote sensing, biology (genetics), materials science, IT, and robotics. Each team worked on a project aligned with the sustainable development strategy set forth in the UN Declaration. 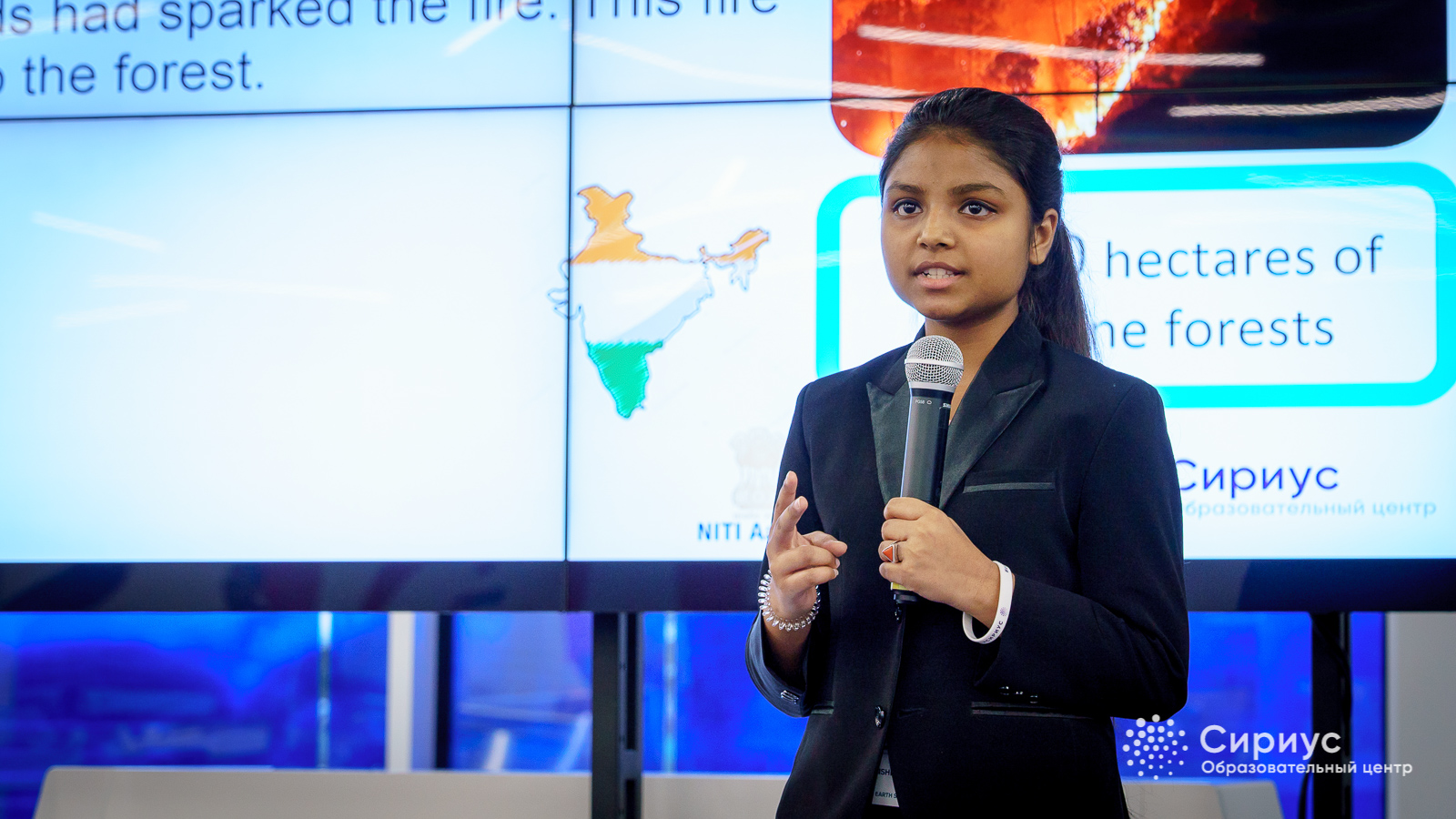 Cooperation in gifted education between Russia and India was initiated by a meeting between Russian President Vladimir Putin and Indian Prime Minister Narendra Modi at Sirius in May 2018. Modi invited Russian students for an internship in India, where Sirius signed a cooperation agreement with the Indian governmental organization, Atal Innovation Mission (AIM), which, like Sirius, supports talented youth. 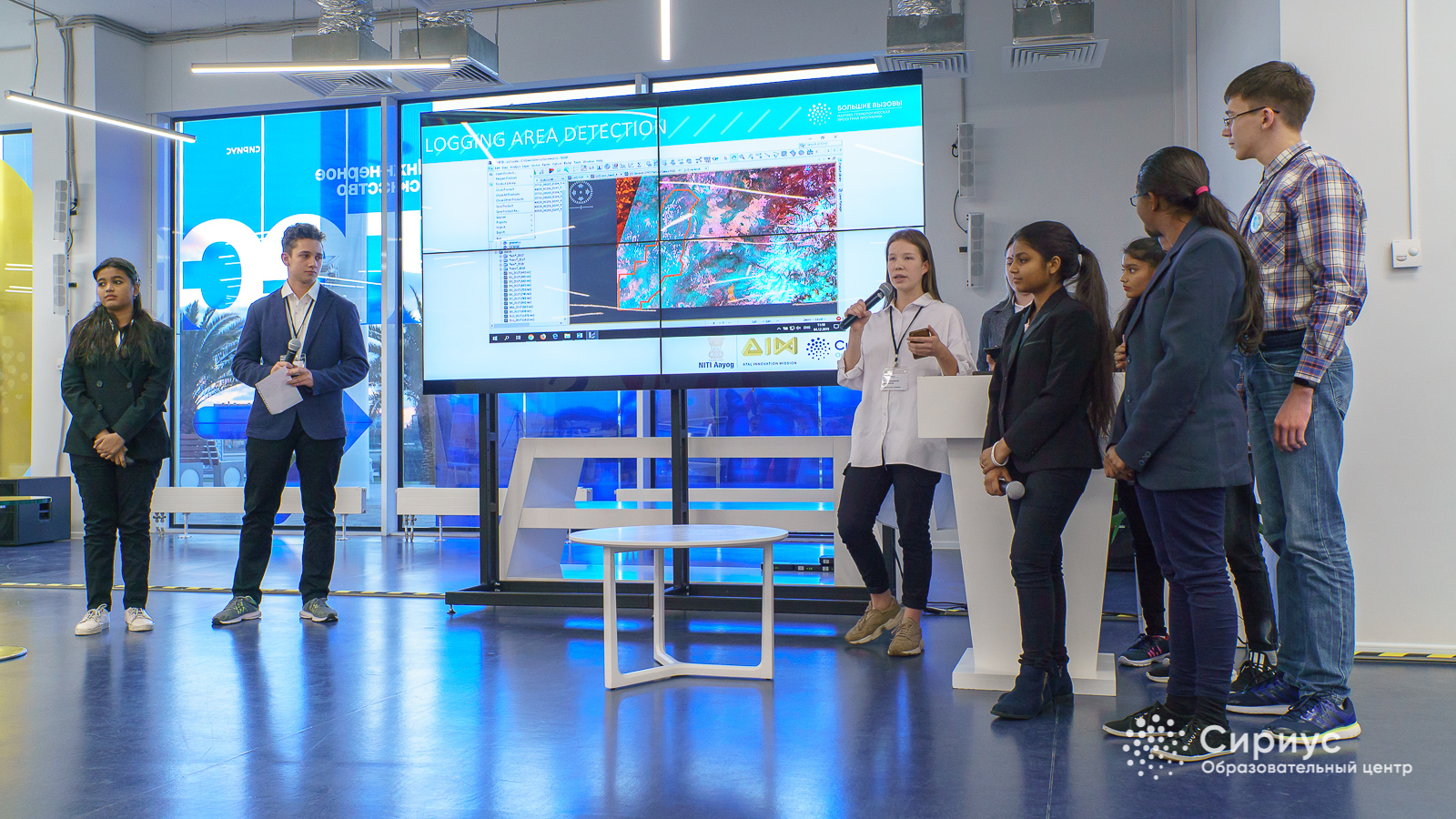 Guided by experts and mentors, the participants had to come up with a sustainable development project within a challenging 6-day timeframe. The students presented their teamwork at the project defense and during President Putin’s visit to Sirius. 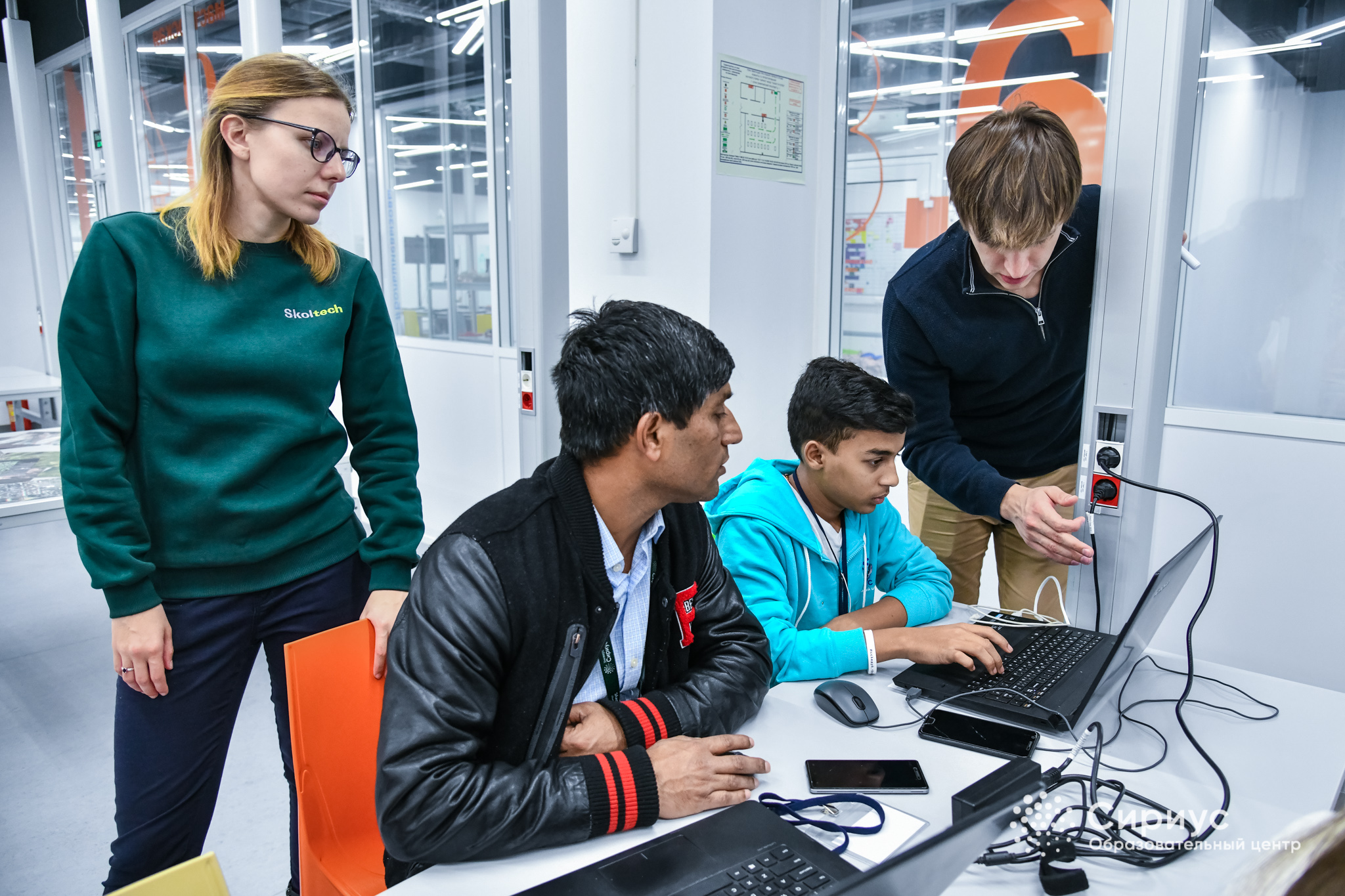 Forest conservation is a hot-button issue for both Russia and India, where fires destroy about 13 hectares of forests annually. The students and their mentors used the images received from the Russian Aist-2D satellite using the SCANEX antenna deployed at the Sirius Science and Art Park’s Geoatelier Lab within the Planet Watch project to see whether satellite imagery can help deal with the problem. 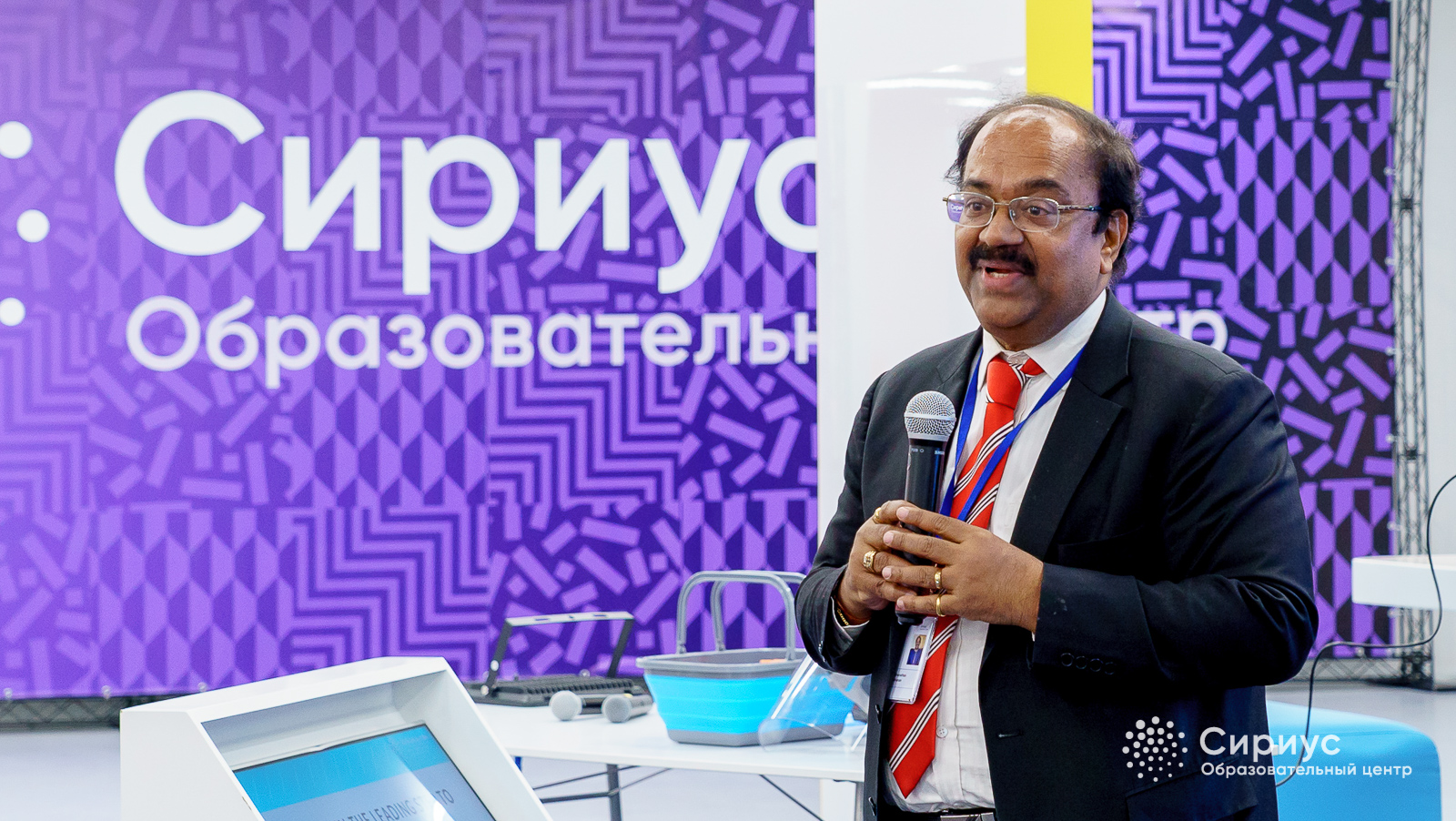 The project team split into two groups, one of which studied an area in Bandipur (India) hit by a major forest fire in February 2019. Using a set of images taken before, during and after the fire, the students identified the fire source and spread pattern, confirming the official fire cause communicated to the media. The imagery helped not only assess the damage caused by the fire but also build a web map that can be instrumental in forest restoration.

The other group used the images to identify felled areas in the Irkutsk region that appeared over the last 4 years and added their results to the map used by the forestries for operational forest monitoring purposes. 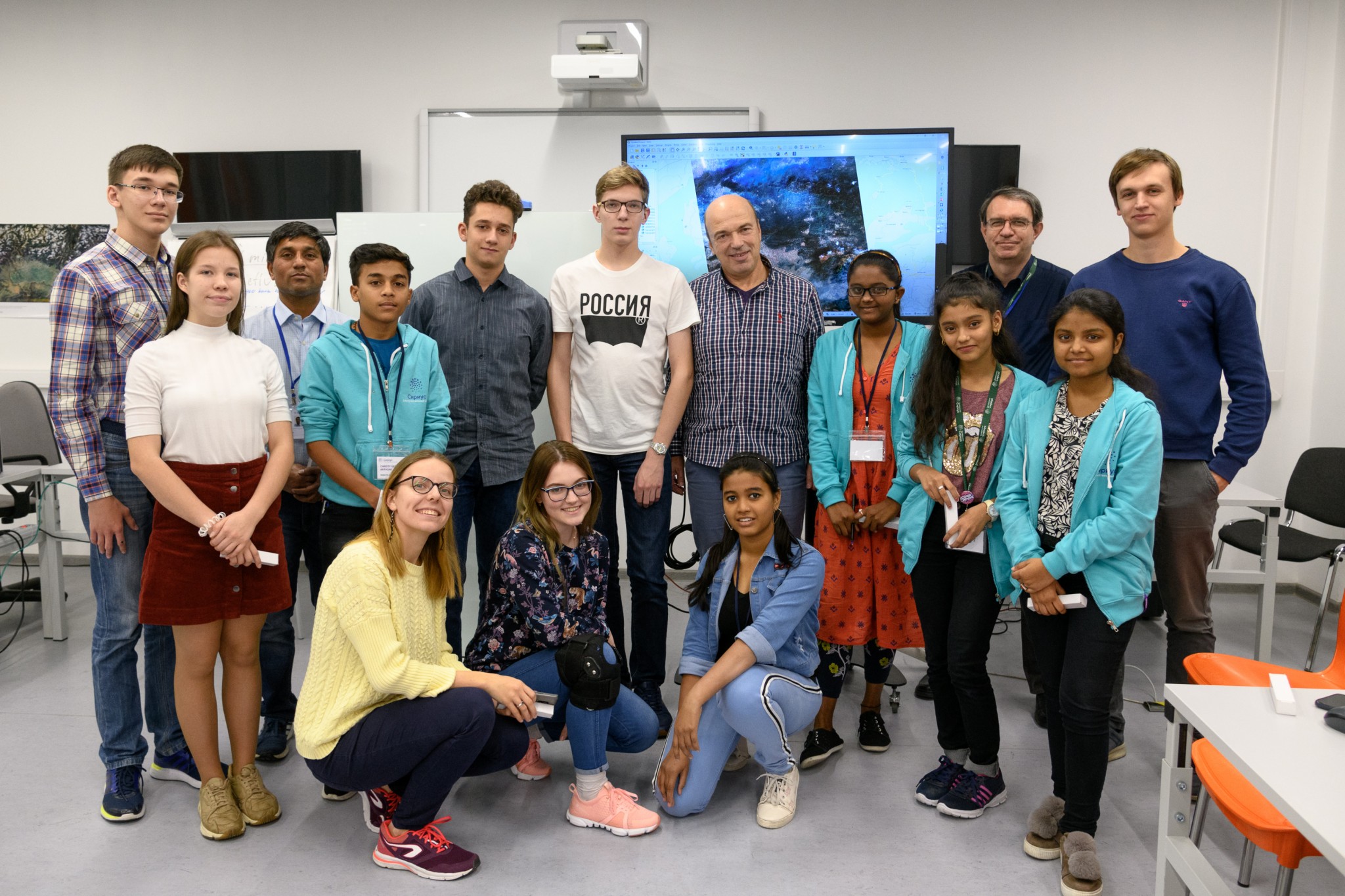