An international group of scientists, including Skoltech Professor Sergey Rykovanov, has found a way to generate intense “twisted” pulses. The vortices discovered by the scientists will help investigate new materials. The results of their study were published in the prestigious journal, Nature Communications. 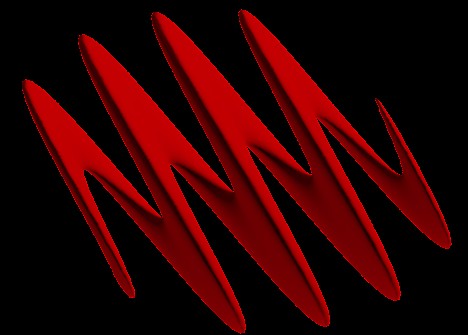 Electromagnetic waves are known to carry energy and momentum and exert the so-called light pressure. This was demonstrated experimentally by the Russian physicist, Pyotr Lebedev, back in 1900. A little-known fact is that electromagnetic waves can also carry the angular momentum, that is, twist objects. The angular momentum (twisting ability) can be transferred in two ways. First, an object can be irradiated by an elliptically or circularly polarized electromagnetic wave to produce the rotational moment, creating the Sadovsky effect. Second, the substance can be twisted by electromagnetic waves with a “vortex” wave structure or, scientifically speaking, waves with an orbital angular momentum (OAM). Visible or IR-range electromagnetic pulses with such capability are already used in telecommunications to increase the data transfer capacity of fiber optic networks. Generating intense OAM pulses in the UV range is a rather challenging task which, if solved, will open new possibilities for exploring and developing new materials at characteristic spatial (tens of nanometers) and temporal (hundreds of attoseconds) scales. Such high-resolution visualizations are used to study and predict materials’ properties.

Skoltech scientists in collaboration with researchers from the Shanghai Institute of Optics and Fine Mechanics (China) and the Helmholtz Institute in Jena (Germany) have proposed a simple way to generate intense short UV OAM pulses.

“We can apply the term “UV vortices” to the pulses we obtained through mathematical modeling. Along with twisted wave fronts, our pulses have a duration of a few hundred attoseconds only  a temporal scale typical for atomic physics. For comparison, an electron makes one “revolution” in a hydrogen atom within a hundred attoseconds or so,” explains Skoltech Professor Sergey Rykovanov.

The scientists used the most powerful supercomputers in the world and Russia, including the Zhores supercomputer installed at Skoltech last year, to ensure realistic 3D simulation of the UV vortex effect.

Currently, the team is preparing for the vortex search experiment.

The scientists are confident that the generation of intense attosecond UV vortices will break new ground in studying the electrons motion dynamics in various materials and condensed matter.