A team of scientists from the Hybrid Photonics Laboratory at the Skolkovo Institute of Science and Technology (Skoltech) and the University of Sheffield (UK) made a breakthrough in understanding nonlinear physics of the strong interaction of organic molecules with light. Principles of strong light matter interaction open new horizons of ultra-fast and low energy all-optical data processing. The findings were published in Communications Physics and featured in the February issue of Nature Physics. The study was partially supported by the Russian Science Foundation (RSF).

Strong light-matter interaction in the dye-filled microcavity. From: Mechanisms of blueshifts in organic polariton condensates

Perhaps everybody knows organic matter as the essential building blocks for living nature. Indeed, the interactions between organic molecules and light is a pivotal process for photosynthesis, light-induced biochemical regulation and many other mechanisms in nature making our life on Earth feasible. Beyond that side, there are dozens of applications for a variety of light-matter interactions in organic systems. Nowadays, organic materials represent a wide class of materials actively used in light-emitting devices (LED) industry, in flexible electronics and solar cells fabrication, as photosensitive sensors and bio labels of cancer, etc. The rapidly growing organic LED (OLED) market is a good example showing the great commercial potential of organic materials in real-life technologies.

Skoltech’s Hybrid Photonics Laboratory, led by Professor Pavlos Lagoudakis, focuses on developing a new paradigm of optoelectronics based on strong interaction between organic materials and light. The key difference from conventional approaches is that light (photons) in such systems is strongly correlated with collective electronic excitations on a molecule (excitons), which gives rise to new particles called polaritons. These light-matter entangled particles inherit ultra-fast propagation of light and electronic properties of materials resulting in a very exotic hybrid form of light and matter called liquid light.

“Does this make a world of difference? Sure it does, because the strong light-matter coupling can slow down the photodegradation of molecules, extending their lifetime, change the course of photochemical reactions, and provide photons with an ability to interact with each other; the latter feature allows us to develop efficient optical signal processing devices,” says Professor Lagoudakis. 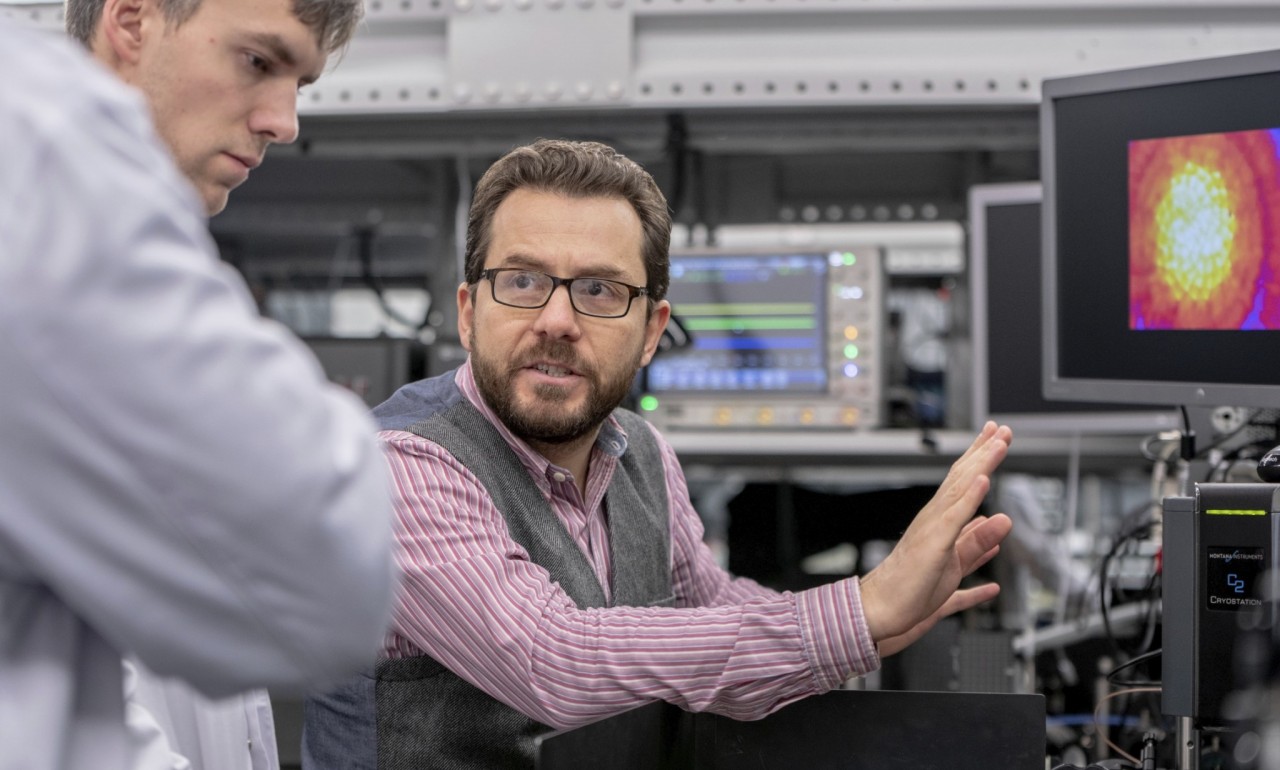 Currently, fiber optic networks handle huge amounts of data, but if one wants to process optical signals then light has to be converted into electrical signals and back. In contrast, strong-coupling principles offer unique opportunities for all-optical data processing technologies with record speeds and better energy conversion efficiencies. The past decade has witnessed remarkable achievements in the field of polaritonics, running the gamut from the first organic polariton laser to room-temperature superfluidity and the invention of the first organic polariton transistor. It is worth remembering that Skoltech is a global leader in this field. 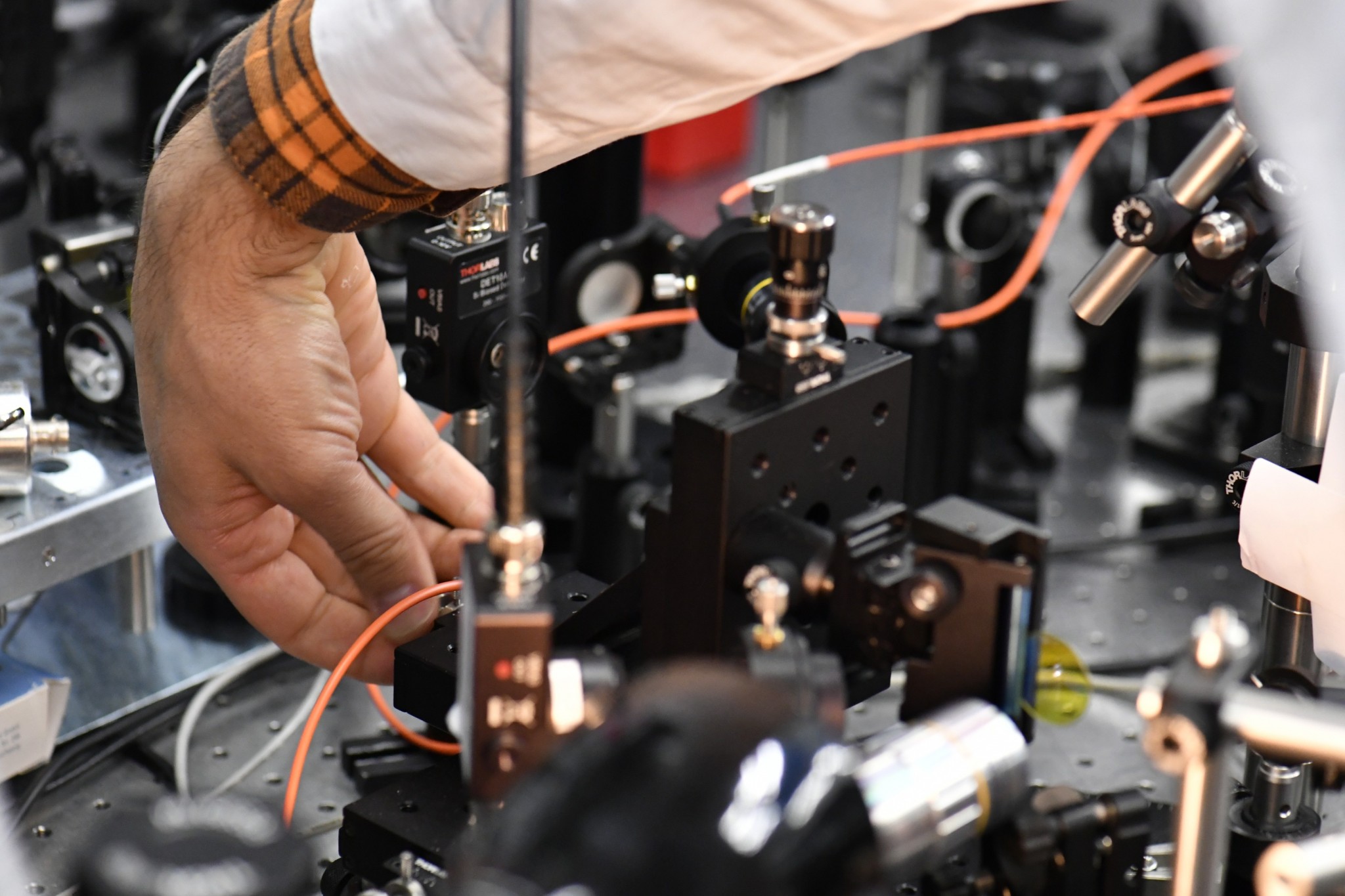 However, despite remarkable progress, the mechanisms of polariton interactions in organic systems have remained poorly understood, fueling debates in the scientific community. The mystery of polariton interactions has finally been resolved: Skoltech’s research gives a decisive answer to this controversial question. The scientists carried out an in-depth experimental study that revealed a clear origin of nonlinear phenomena related to polariton condensates – the state consisting of hundreds and even thousands of polaritons sharing the same properties. 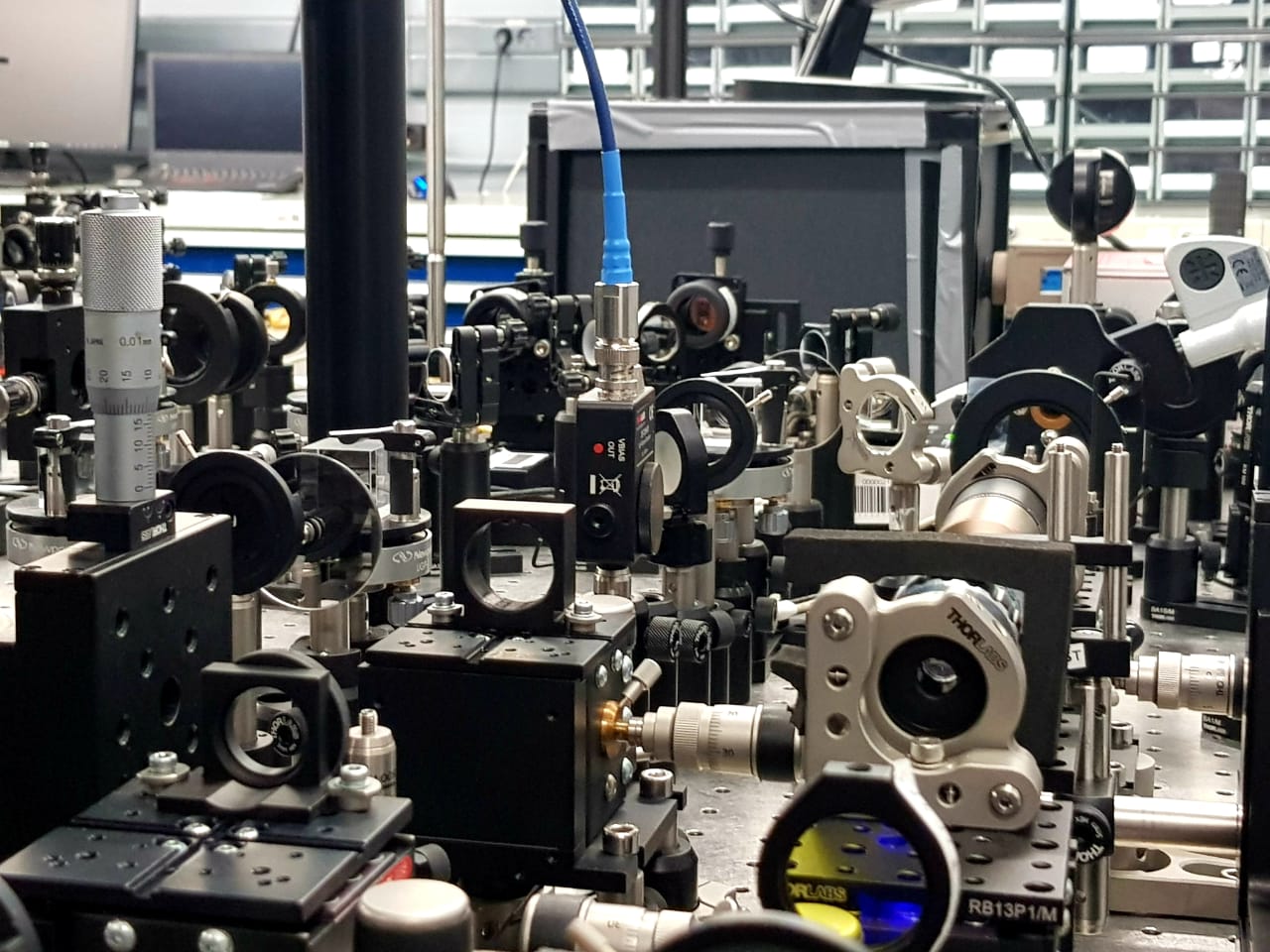 “Our experiments indicate an abrupt shift in spectral properties of polariton condensates when established, which always drives the frequency of polaritons toward higher values. We find this specific to nonlinear processes occurring in the system. For example, as we can measure the temperature of metal through its change in color as it is heated, similarly, we extract nonlinearity of organics by means of in-depth analysis of the frequency shifts,” explains the first author of the paper and junior research scientist at the Hybrid Photonics Labs, Dr. Timur Yagafarov. 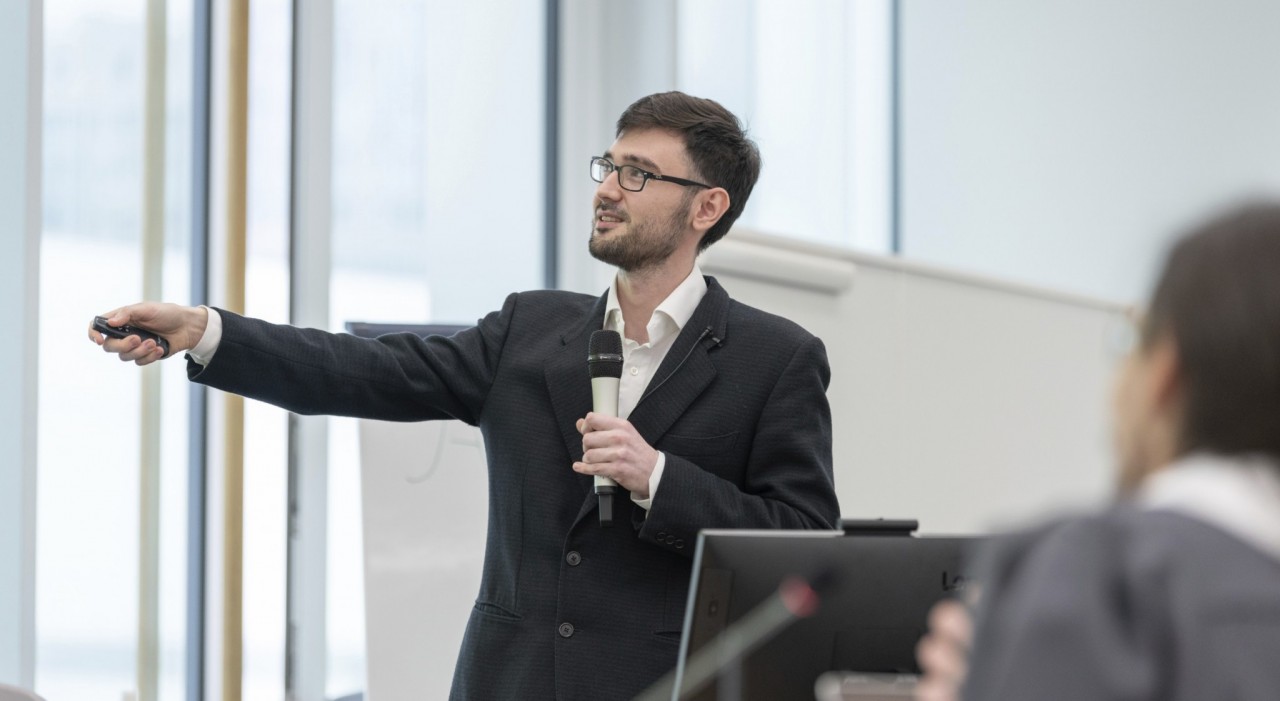 The comprehensive experimental study, accompanied by a thorough data analysis, allowed for the ascertainment of important dependencies of the polariton nonlinear properties on the key parameters of the interaction between organic molecules and light.

The scientists were the first to discover the strong impact of the energy transfer between neighboring molecules on the nonlinear properties of organic polaritons and now understand underlying mechanisms driving polaritons in organics. With the proposed theory, one can find the experimental parameters required to couple several polariton condensates into a single circuit and build a polariton all-optical signal processor.

From a fundamental point of view, the new knowledge may help to explain the phenomenon of polariton superfluidity in organic matter.

“These findings are of high interest not only to our research area but can be helpful in other fields as well. I believe the nonlinearity mechanisms discovered are quite general among the organic materials, therefore it might prove to be universal for strongly-coupled organic systems,” comments senior research scientist at the Hybrid Photonics Laboratory, Dr. Anton Zasedatelev.