Scientists from China and Russia found a new way of searching for new drug candidates by inactivating the molecular structure of the human muscarinic receptor and applying screening to find drugs that it responds to. The results of their study were published in IUCrJ. 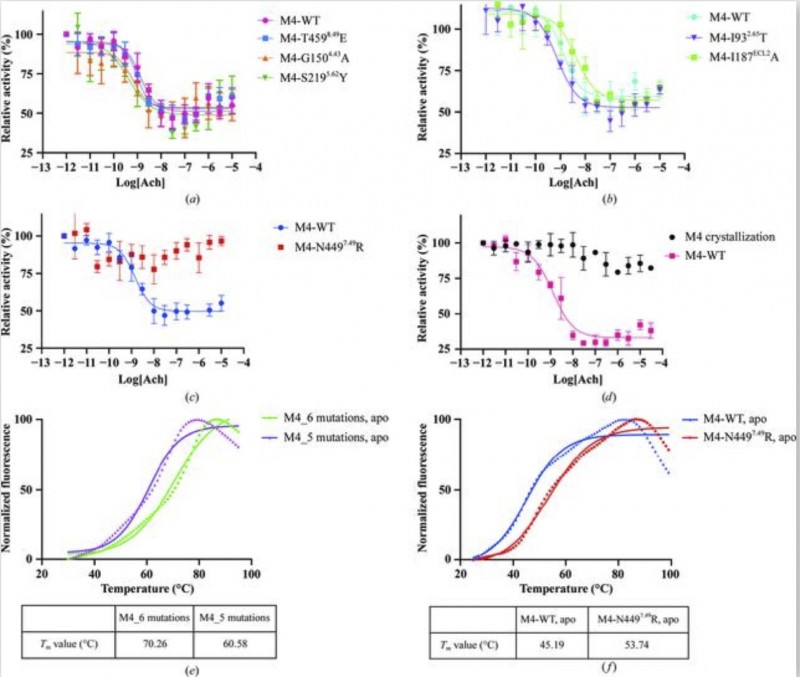 The membrane receptors which ensure that human cells function properly count among the most sought after drug targets. Scientists and pharmacologists alike are busy testing thousands of molecules to find drugs with the desired pharmacological effect, that is, receptor activation or inactivation. A member of the important class of G protein-coupled receptors (GPCR), the human muscarinic receptor is a drug target for many disorders, including Alzheimer’s disease, Parkinson’s disease, and schizophrenia.

A group of scientists from ShanghaiTech University in collaboration with a professor from the Skoltech Center for Computational and Data-Intensive Science and Engineering, Petr Popov, inactivated the human muscarinic receptor’s structure so as to enable binding between the receptor and the drugs, primarily the receptor blockers, which is a great convenience in screening for the optimal drug.

Inactivation became possible thanks to the artificial intelligence (AI) and molecular modeling algorithms. First, the inactivated 3D structure and mutations in the protein structure were modeled and then the inactivated receptor was synthesized in the lab.

“This study shows that machine learning and molecular modeling methods hold tremendous hands-on potential for biotechnology tools. We tested several thousand modifications of the receptor in silico in search of its most stable inactive form. Our approach has been successfully used for other drug targets, too,” ─ says Popov.