Skoltech and MIPT scientists have predicted and then experimentally confirmed the existence of exotic hexagonal thin films of NaCl on a diamond surface. These films may be useful as gate dielectrics for field effect transistors in electric vehicles and telecommunication equipment. The research, supported by the Russian Science Foundation, was published in The Journal of Physical Chemistry Letters. 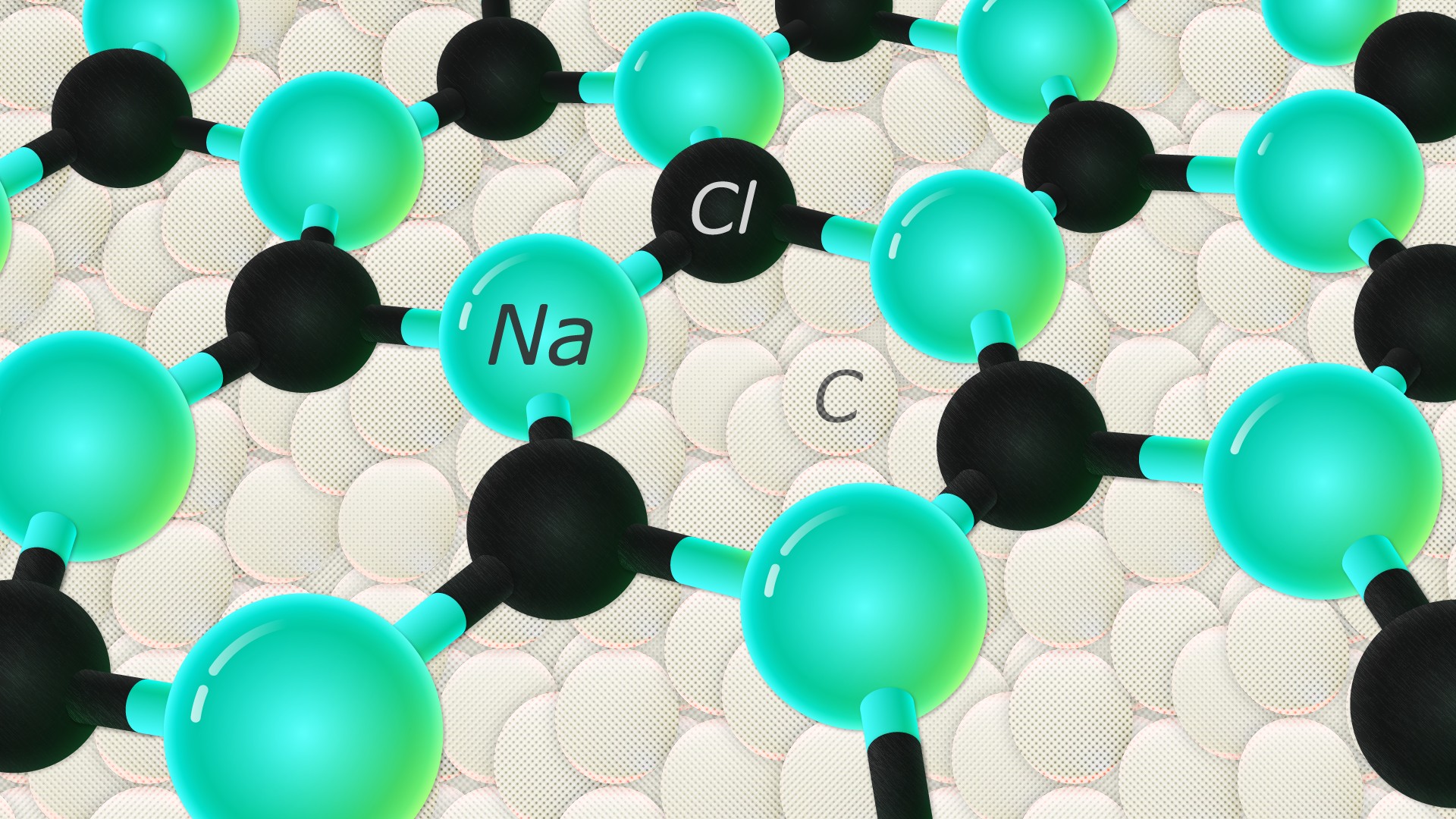 As graphene, the famous two-dimensional carbon, was experimentally prepared and characterized in 2004 by future Nobel laureates Andre Geim and Konstantin Novoselov, scientists started looking into other 2D materials with interesting properties. Among these are silicene, stanene and borophene — monolayers of silicon, tin, and boron, respectively — as well as 2D layers of MoS2, CuO, and other compounds.

Skoltech PhD student Kseniya Tikhomirova, Dr. Alexander Kvashnin of Skoltech and Professor Artem R. Oganov of Skoltech and MIPT together with their colleagues built upon earlier studies of NaCl thin films to hypothesize the existence of an unusual nanometer-thick hexagonal NaCl film on the (110) surface of diamond.

“Initially we decided to perform only a computational study of the formation of new 2D structures on different substrates, driven by the hypothesis that if a substrate interacts strongly with the NaCl thin film, one can expect major changes in the structure of the thin film. Indeed, we obtained very interesting results and predicted the formation of a hexagonal NaCl film on the diamond substrate, and decided to perform experiments. Thanks to our colleagues who performed the experiments, we synthesized this hexagonal NaCl, which proves our theory,” says Kseniya Tikhomirova, the first author of the paper.

Researchers first used USPEX, the evolutionary algorithm developed by Oganov and his students, to predict structures with the lowest energy based on just the chemical elements involved. After predicting the hexagonal NaCl film, they confirmed its existence by performing experimental synthesis and characterization by XRD (X-ray diffraction) and SAED (selected area electron diffraction) measurements. The average thickness of the NaCl film was about 6 nanometers — a thicker film would revert from hexagonal to cubic structure, typical for the table salt we know.

Scientists believe that due to strong binding to the diamond substrate and a wide bandgap, hexagonal NaCl can work well as a gate dielectric in diamond FETs — field-effect transistors that show potential for use in electric vehicles, radars, and telecommunication equipment. Now these FETs typically use hexagonal boron nitride, which has similar bandgap but much weaker binding to the substrate.

“Our results show that the field of 2D materials is still very young, and scientists have discovered only a small portion of possible materials with intriguing properties. We have a long-standing story starting in 2014 when we described the way cubic NaCl thin films can be split into hexagonal graphene-like layers. This shows that this simple and common compound, seemingly well-studied, hides many interesting phenomena, especially in nanoscale. This work is our first step towards the search for new materials like NaCl but having better stability (lower solubility, higher thermal stability, and so on) which then can be effectively used in many applications in electronics,” notes Alexander Kvashnin, senior research scientist at Skoltech.

This work brings us closer to understanding how to control the appearance and, as a consequence, the properties of two-dimensional materials using a substrate. The research also opens the door to more 2D materials with potential applications in electronics and beyond.

Other institutions involved in this research include the RAS Emanuel Institute of Biochemical Physics, Institute of Nanotechnologies of Microelectronics of the Russian Academy of Sciences, and Higher School of Economics.