A group of scientists led by Philipp Khaitovich, a professor at Skoltech, conducted a large-scale study of gene expression in 33 different brain regions of humans, chimpanzees, macaques and bonobos using the single-cell-resolution transcriptomics technologies and made a map of the different brain regions with their specific cell structures. Such maps are highly valuable for the human evolution research. The results of the study were published in the journal, Genome Research.

The human brain is amazingly complex, and its evolution has long been a subject of unfailing interest for scientists. What are the most significant evolutionary changes that distinguish the modern brain from that of our distant ancestors and make humans so different from other species? 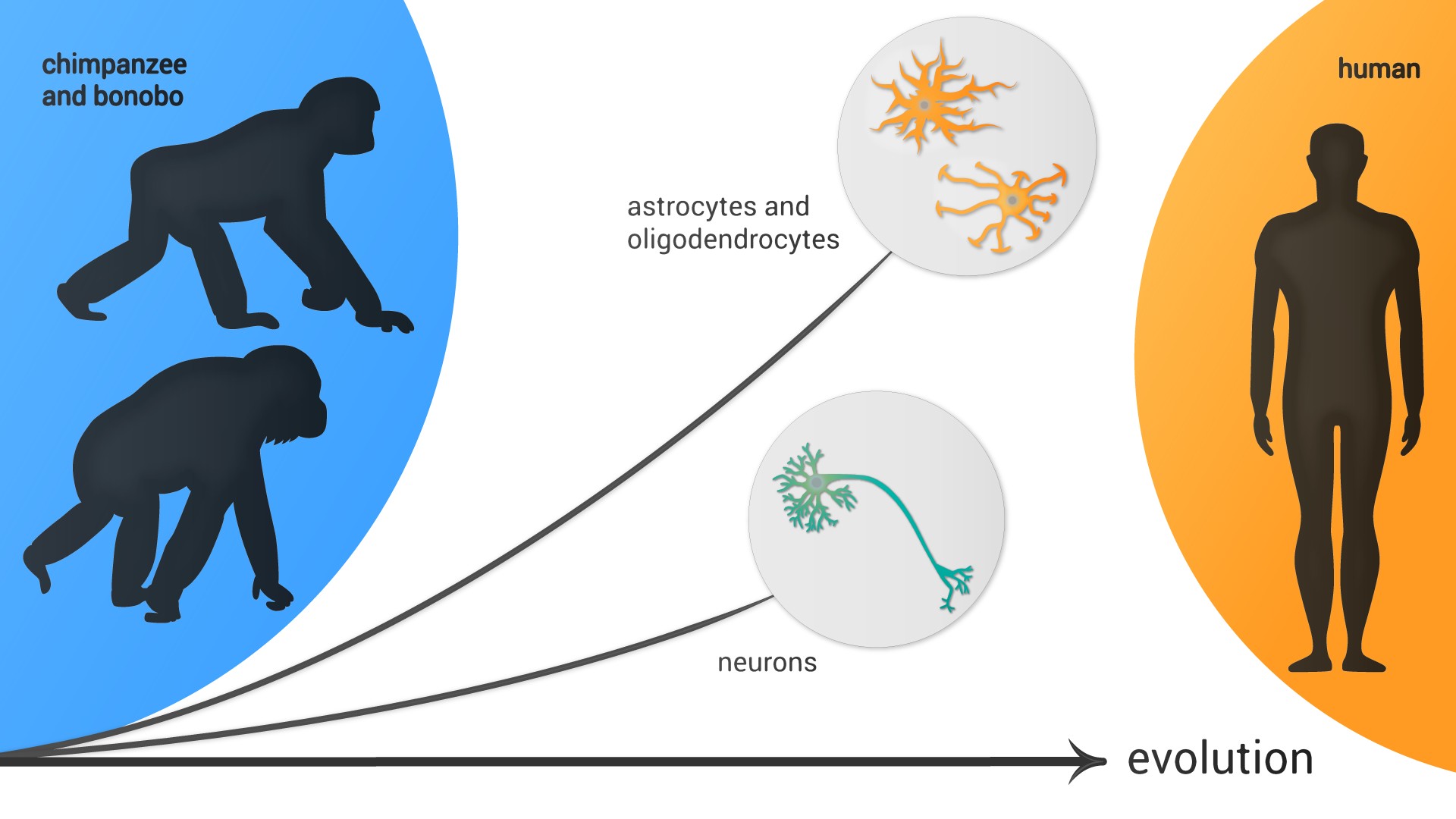 An international group of scientists from Russia, China, Germany and Switzerland led by Philipp Khaitovich, a professor at the Skoltech Center for Neurobiology and Brain Restoration (CNBR), with the participation of Ekaterina Khrameeva, the first author of the paper and an assistant professor at the Skoltech Center for Life Sciences (CLS), studied 422 brain samples taken from 33 different brain regions in humans, chimpanzees, macaques, and bonobos. The scientists looked at gene expression focusing on how specific genes operate in those regions and analyzed a total of 88,047 individual cells using the single-cell-resolution method. The study helped identify the brain regions that are the most distinctive in humans and, therefore, undergo faster evolution. These include the cerebral cortex, hypothalamus, and cerebellar gray and white matter. Also, oligodendrocytes and astrocytes displayed more differences in the human evolutionary lineage than neurons as compared to similar cells in other primates.

“We are not the first to look into gene expression in the brain. This is an important area of ​​research that someday will shed more light on how human consciousness appeared. However, the tricky point here is that there can be two possible reasons for evolutionary changes in expression: a change in the cellular structure in some area of ​​the brain or a change in the expression of genes in the cells. Previously, scientists could not draw the line between these two possibilities, and now, with the advanced single-cell-resolution method, we finally did it! Our new findings will help better understand the ins and outs of the evolution of gene expression on a more subtle level that was unavailable till now,” says Ekaterina Khrameeva.