Researchers from Russia and the Czech Republic performed numerical modelling of natural rock arcades using a mathematical model that describes a succession of arches forming as a result of weathering and then turning into rock pillars without human involvement, despite their striking resemblance to architectural arcades. The results of the study were published in the journal Geomorphology.

An architectural arcade is a succession of arches of the same shape and size, each supported by pillars. The Romans widely used arcades in aqueducts, viaducts, circuses, and amphitheaters, while in the Middle Ages, English and Italian architects used them in cathedrals and open galleries. Arcades are an architectural landmark of Bologna in Italy. Interestingly, similar structures can be found in nature, as testimony to rock evolution through the ages, driven by weathering and erosion. 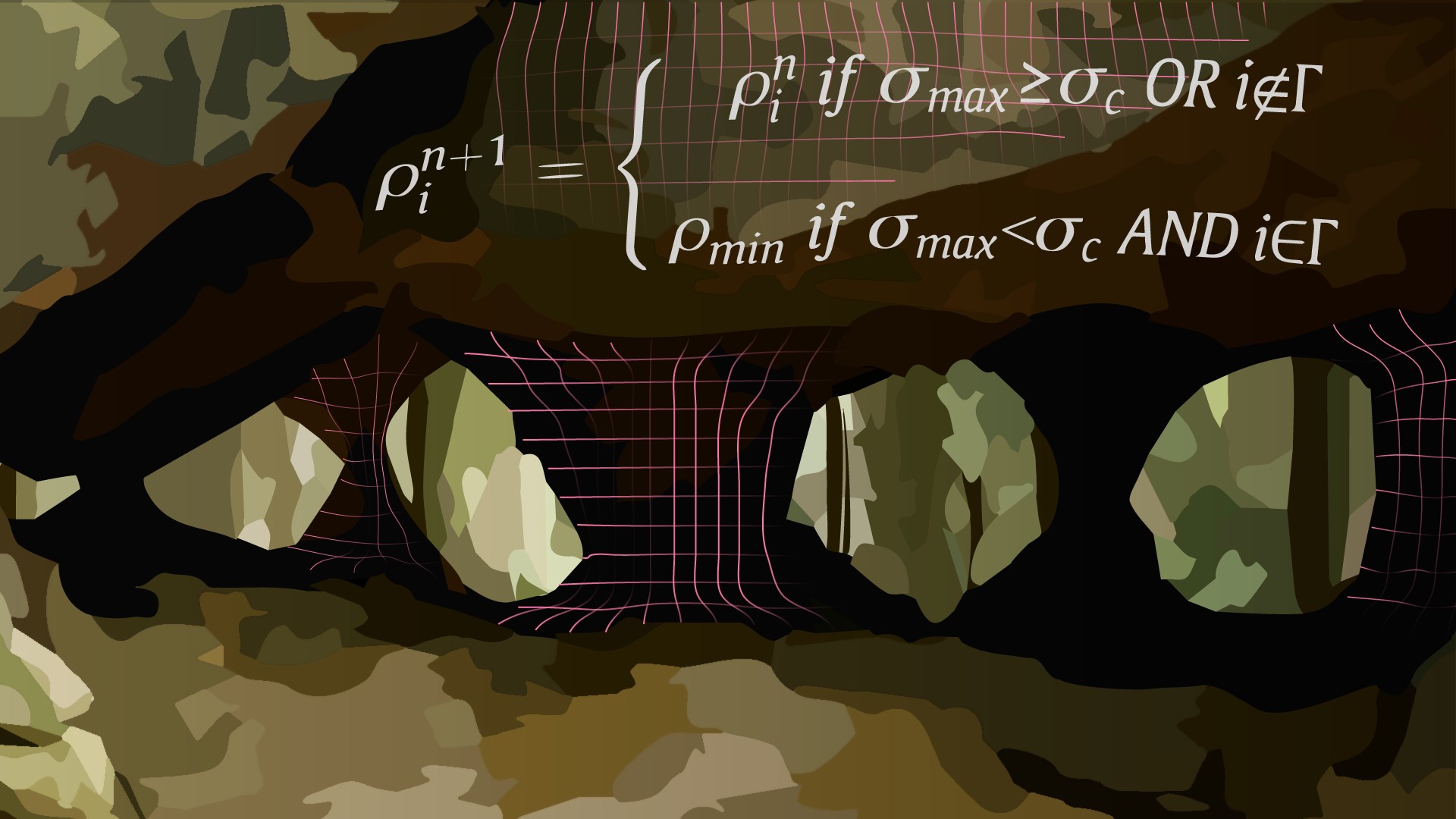 A group of scientists from the Skoltech Center for Design, Manufacturing and Materials (CDMM) and Charles University (Czech Republic) modelled the processes leading to the formation of rock arcades due to erosion. The study used the rock erosion mechanism described earlier by the Czech and Skoltech scientists who had found that erosion in rock (sandstone, granite, quartzite, tuff, etc.) occurs in low-stress areas. It was shown that arcades appear in areas with discontinuities, such as cracks or thin layers of softer rock.

“In non-uniform rock, erosion causes the stress to shift from one part of the rock to another, forming regular high-pressure areas. As erosion continues, arches appear along the rock surface and the adjacent neighboring high-pressure areas connect to form an arcade,” explains Alexander Safonov, an assistant professor at Skoltech.

The study showed that as the erosion front moves deeper into the rock, several rows of arcades are formed inside. A decrease in the rock’s total weight due to erosion reduces the loads on individual arches, which can lead to partial erosion of the arcades and their evolution into colonnades.

The model describes sandstone arcades and pillars in the Czech Republic (Bohemian Paradise) and the United States (Arches National Park)) as well as arches and columns in coastal areas.