In order to study the Sun at unprecedented high resolution the European research consortium plans to build a new generation solar telescope EST with a 4-m aperture. Russia is also involved in the project preparation, and it is Skoltech that represents the country. A research team led by Tatiana Podladchikova, assistant professor at Skoltech Space Center, as part of the European Union’s Science and Innovation Horizon 2020 program, is conducting research for the SOLARNET project, which is dedicated to preparing for the implementation and creation of a European Solar Telescope. Remarkable is the fact that a high-performance Skoltech cluster is used.

Every single second, Sun fuses 600 million tons of hydrogen into helium. During this reaction, the Sun converts 4 million tons of matter into energy. This energy gives us light, heat, and creates a very great environment for life on Earth. But at the same time, the Sun is the source of powerful eruptions that create strong disturbances on Earth and near-earth environment.

We still have many more steps to take to understand the Sun and Sun-Earth relations. How do sunspots develop? How does the Sun’s magnetic field create the 11-year solar cycle? What causes solar flares and powerful coronal mass ejections? What drives solar wind and the acceleration of solar wind particles? Why the solar atmosphere is heated?

The European research consortium wants to get answers to these and other important questions with the help of the new generation European Solar Telescope EST with a 4-m aperture, which is planned to be built to study the Sun at unprecedented resolution. Russia is also participating in this big project. A scientific group led by Skoltech Space Center assistant professor Tatiana Podladchikova, as part of the European Union’s Science and Innovation Horizon 2020 program, is participating in the SOLARNET project, which is dedicated to preparing for the implementation and creation of a European Solar Telescope. 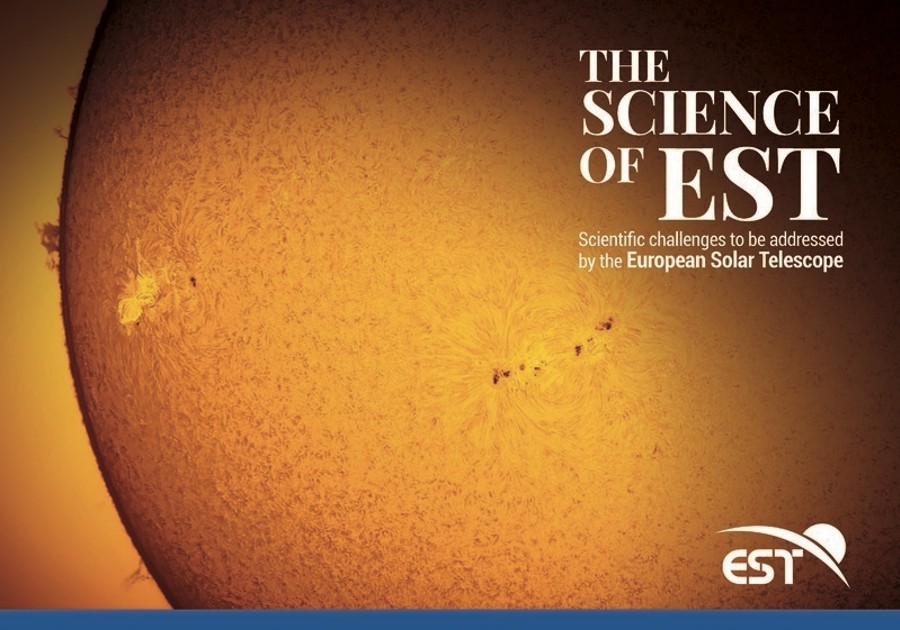 The internet-book “The Science Of EST” contains short scientific-popular articles about scientific problems that will be addressed by the European Solar Telescope. Download it here in PDF format

To raise awareness of solar physics and the importance of the future European Solar Telescope among a general audience, the consortium participants prepared short scientific-popular articles about the specific scientific problems to be addressed by European Solar Telescope. 77 stores stories are collected and available for download as an internet-book “The Science Of EST”.

One of the articles is devoted to a joint study between the University of Graz (Austria) and Skoltech on utilizing artificial intelligence methods to enhance lower-quality solar images obtained by previous-generation telescopes based on new high-quality data from modern telescopes. A series of continuous observations with the best quality for a long time will provide a deeper understanding of the key mechanisms of complex physical processes on the Sun, which in turn will improve the operational services of space weather forecasting. To solve this problem, in particular, a high-performance Skoltech cluster is used. The book also includes an article by Skoltech research scientist Dr. Jenny Marcela Rodríguez Gómez about how high-resolution ground-based solar observations provide a unique and powerful complement to space-borne instruments, offering very precise measurements to study the magnetic field, plasma properties, and small-scale physical processes on the Sun.

In the 17th century, the Galileo Galilei telescope instantly allowed to detect sunspots, as well as lead to other important discoveries about the solar system. The construction of more advanced telescopes in the 21st century may also reveal to us a very important new knowledge that will push humanity forward in space exploration. The active implementation of state-of-art research and scientific achievements of solar physics in new state and commercial space services, in turn, will contribute to the development of new technologies, as well as ensuring the safety of humans and equipment in space and on Earth. Today, humanity is entering a new era in space exploration, the creation of new space technologies that are gradually becoming a part of our daily lives. And this is a new step in human evolution.