Skoltech scientists conducted a study of milk lipids and described the unique features of human breast milk as compared to bovids, pigs, and closely related primates. Their findings could be indicative of co-evolution of milk composition and the specific needs of the developing organism. The study was published in BMC Evolutionary Biology. 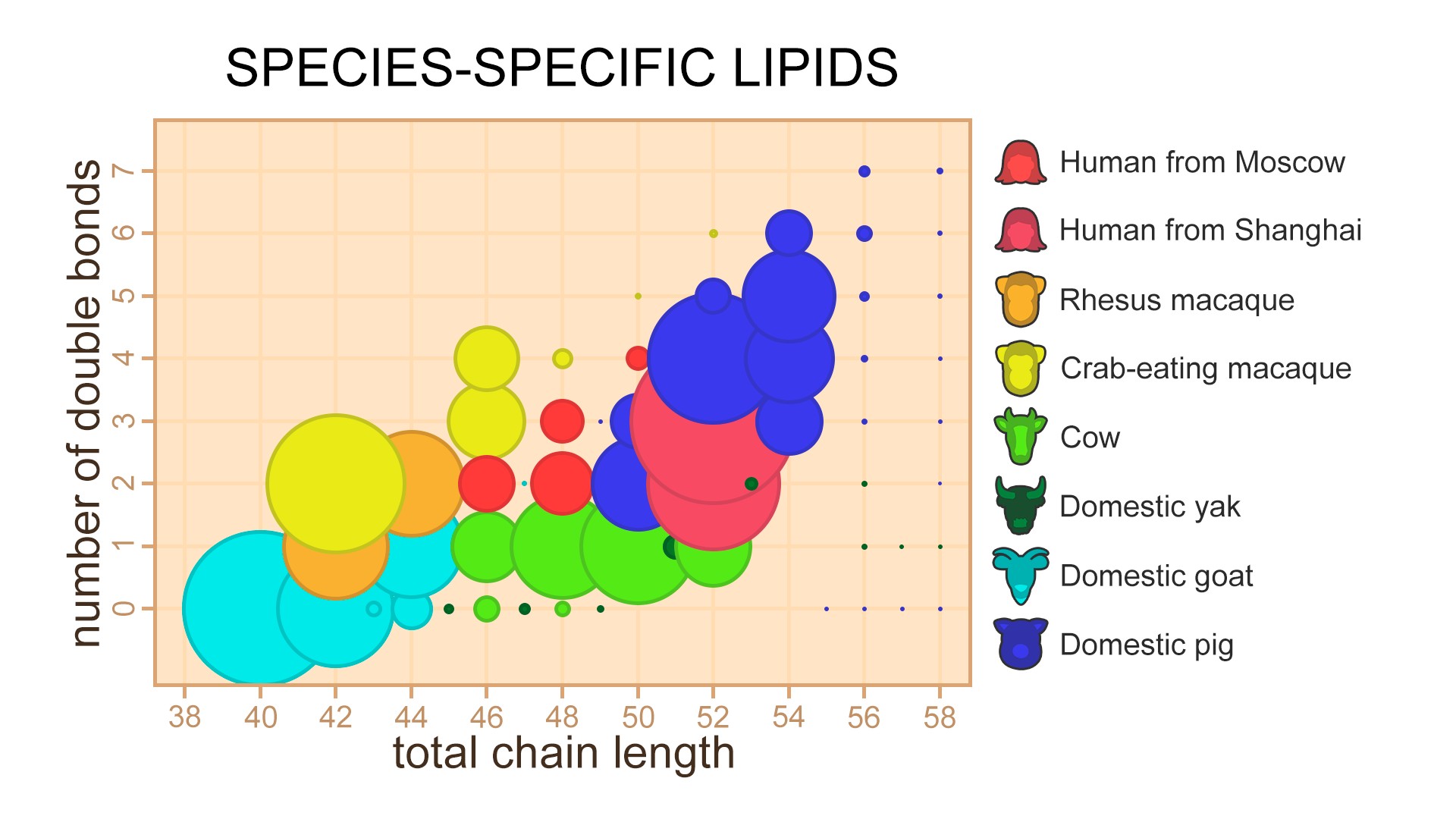 Milk is a source of nutrients for growth and development of all mammals. Its composition can adjust to the needs of the baby’s organism depending on the habitat, physiology, and reproductive strategy. The main lipids in milk − triglycerides − are composed of three fatty acids and show high diversity depending on the lactation stage, season, and the mother’s diet. The baby’s body uses fatty acids both as a source of energy and as building blocks for cell membranes, which is particularly important for the brain. Thus, the evolution of milk composition could occur concurrently with the evolution of the brain, and interspecific differences in mammalian milk are of special interest to scientists.

Researchers from Philipp Khaitovich’s lab at Skoltech conducted mass spectrometric analysis of milk lipid samples of humans, two species of macaques, cows, pigs, goats and yaks, and made comparisons for their 472 components. The differences in the lipid composition were then compared to the known evolutionary distances between the species, and the majority of samples displayed a good match, except for pig milk. The analysis of triglycerides showed that saturated and monounsaturated fatty acids prevail in the milk of even-toed mammals, while primate milk is rich in unsaturated fatty acids. Pig milk contains a large amount of polyunsaturated fatty acids, which may be indicative of the adaptation to the short lactation period. Human milk, unlike primate milk, also contains a lot of polyunsaturated fatty acids. As both primates and humans have rather long lactation periods, scientists attribute the differences in milk composition to increased needs of the more complex human brain. Polyunsaturated fatty acids, especially omega-3 and omega-6, mostly come from food and are known to play an important role in the functioning of the nervous system.

“This is the first study that describes lipid composition of milk of seven mammalian species, including humans and primates. Our results show that milk composition differs not only between primates and cows, which was to be expected, but also between humans and monkeys. This means that breast milk is evolving, with its composition reflecting the changing needs of the entire body and the extensively growing brain. As the next step, we want to compare the interspecific differences in the composition of milk and brain,” says Aleksandra Mitina, the first author of the paper.