Scientists proposed a technology for measuring the spectra of ions in superheavy chemical elements with atomic numbers above 102. Their research results were published in Physical Review Letters and presented in the Physics magazine.

Artificial elements with atomic numbers above 102 are produced by accelerators and recoil separators at the rate of one ion per second at best and decay within dozens of seconds. Traditional spectroscopic techniques enabled studying the atomic structure up to nobelium (Z=102). 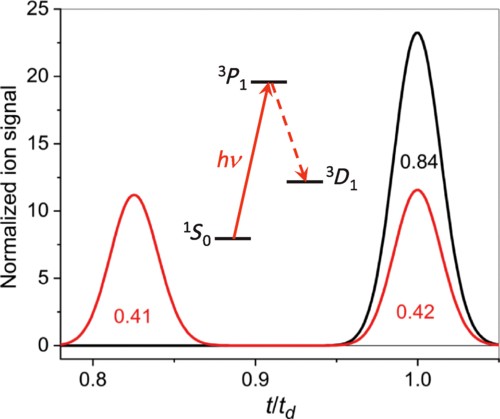 A group of scientists from Germany, Russia and the United States, including Alexei Buchachenko, a professor at the Skoltech Center for Energy Science and Technology (CEST), created a new technique, stepping beyond the Z=102 limit in the Periodic Table.

The new method termed laser resonance chromatography involves exciting ions with a laser and then measuring their drift times in an inert buffer gas. Ions have different drift velocities when in different electronic states, so some ions are faster or slower to appear on the detector than others, which means that the excitation laser comes in resonance with the electronic transition of the ion. In contrast to common spectroscopic techniques which detect photons or ions with a certain charge-to-mass ratio, the new method identifies the ion’s electronic state based on the subtle dependence of its interactions with buffer gas on the ion’s electronic configuration.

According to Alexei Buchachenko, spectroscopic characterization of superheavy elements is of fundamental importance for cosmology, astrophysics, and advancement of the atomic structure theory. “Thus far, we have been able to confidently predict laser resonance chromatography for lawrencium (Z=103), the last heavy element that remains unexplored, and model optimum conditions for its experimental realization. Our method opens up broad prospects for addressing theoretical challenges in different fields of atomic and nuclear physics, and I hope that going forward, our collaboration will help look into at least some of them. We are thankful to the European Research Council and the Russian Foundation for Basic Research for supporting our research effort.”