Australian researchers and their colleagues from Russia and China have shown that it is possible to study the magnetic properties of ultrathin materials directly, via a new microscopy technique that opens the door to the discovery of more two-dimensional (2D) magnetic materials, with all sorts of potential applications.

Published in the journal Advanced Materials, the findings are significant because current techniques used to characterise normal (three-dimensional) magnets don’t work on 2D materials such as graphene due to their extremely small size – a few atom thick. 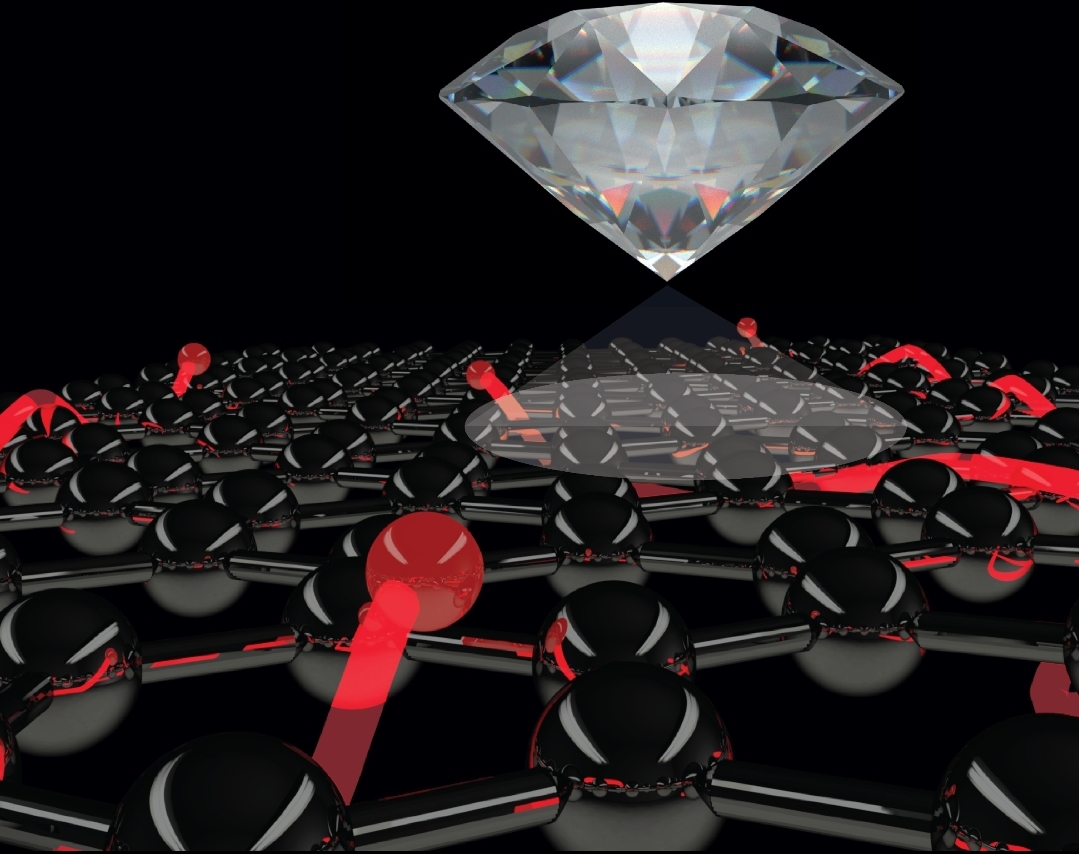 “So far there has been no way to tell exactly how strongly magnetic a 2D material was,” said Dr Jean-Philippe Tetienne from the University of Melbourne School of Physics and Centre for Quantum Computation and Communication Technology.

“That is, if you were to place the 2D material on your fridge’s door like a regular fridge magnet, how strongly it gets stuck onto it. This is the most important property of a magnet.”

To address the problem, the team, led by Professor Lloyd Hollenberg, employed a widefield nitrogen-vacancy microscope, a tool they recently developed that has the necessary sensitivity and spatial resolution to measure the strength of 2D material.

“In essence, the technique works by bringing tiny magnetic sensors (so-called nitrogen-vacancy centres, which are atomic defects in a piece of diamond) extremely close to the 2D material in order to sense its magnetic field,” Professor Hollenberg explained.

To test the technique, the scientists chose to study vanadium triiodide (VI3) as large 3D chunks of VI3 were already known to be strongly magnetic.

Using their special microscope, they have now shown that 2D sheets of VI3 are also magnetic but about twice as weak as in the 3D form. In other words, it would be twice as easy to get them off the fridge’s door.

“This was a bit of a surprise, and we are currently trying to understand why the magnetisation is weaker in 2D, which will be important for applications,” Dr Tetienne said.

Professor Artem Oganov of Skolkovo Institute of Science and Technology (Skoltech) in Moscow said the findings have the potential to trigger new technology.

“Just a few years ago, scientists doubted that two-dimensional-magnets are possible at all. With the discovery of two-dimensional ferromagnetic VI3, a new exciting class of materials emerged. New classes of material always mean that new technologies will appear, both for studying such materials and harnessing their properties.”

The international team now plan to use their microscope to study other 2D magnetic materials as well as more complex structures, including those that are expected to play a key role in future energy-efficient electronics.