Scientists from the Skolkovo Institute of Science and Technology (Skoltech), the Institute of Bioorganic Chemistry (IBCh RAS) and Lomonosov Moscow State University (MSU) undertook a detailed study on green-to-red photoconversion (light-induced conversion) of the Green Fluorescent Protein (GFP). Their research was published in Frontiers of Molecular Biosciences. 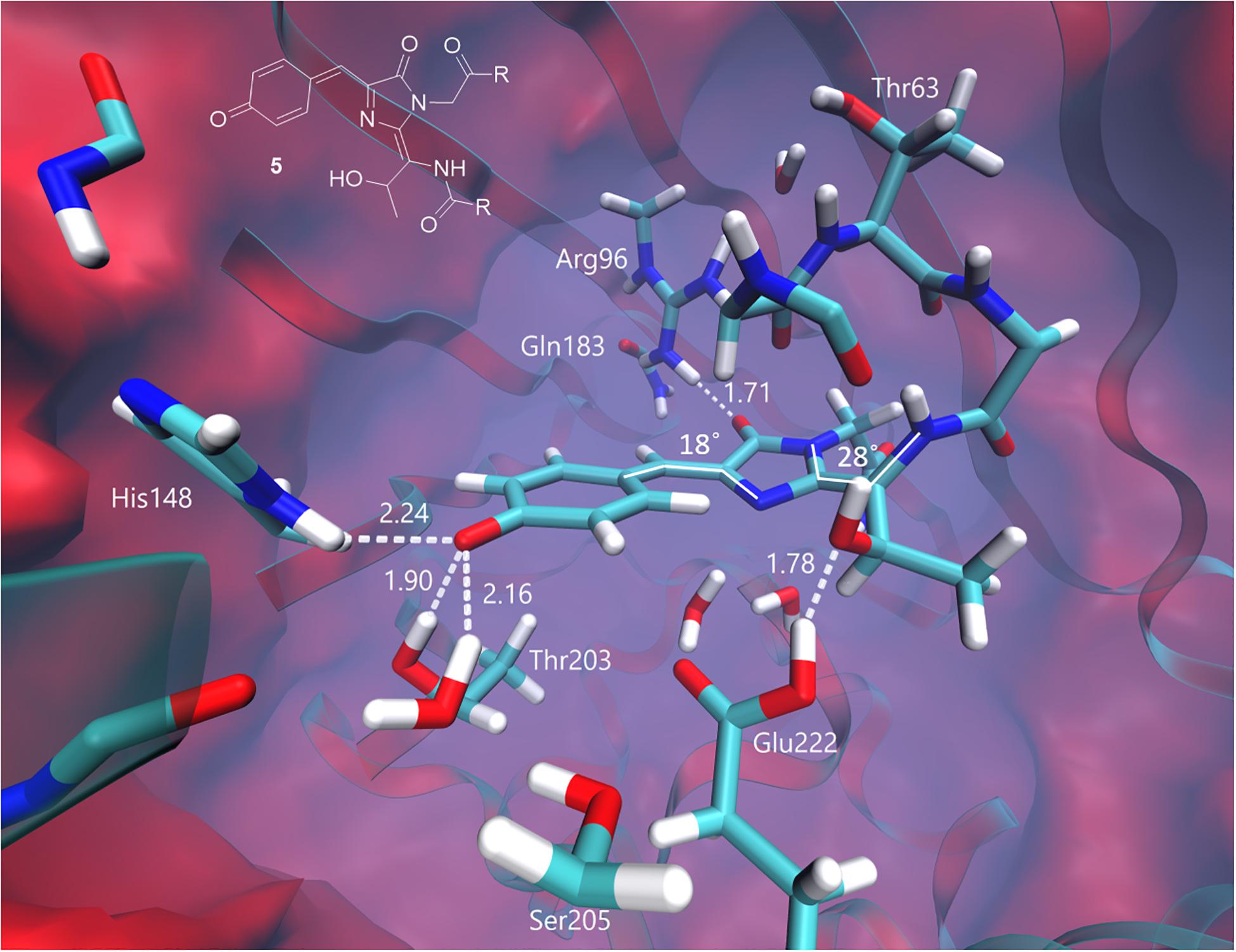 Model of the intermediate state of a chromophore and its interaction with proteins during anaerobic photoconversion of GFP. Credit: Frontiers in Molecular Biosciences

Initially found in jellyfish, GFP sparked off a technological revolution in biology and was the first genetically encoded tag making a wealth of cellular processes available for analysis and visualization. In 1997, GFP was noted to turn from green to red if exposed to light in an oxygen-free environment, offering the first evidence of its red fluorescence capability. However, the photoconversion mechanism remained poorly understood for a long while, as the conversion products were too unstable for researchers to apply standard structure identification methods, such as X-ray structural analysis.

In their recent study, a group of scientists from Skoltech, IBCh RAS and MSU defined intermediate spectral forms appearing in the course of GFP green-to-red photoconversion. Computational studies enabled the researchers to propose the structures of the corresponding states of the chromophore (a part of the molecule responsible for its color) and, for the first time ever, describe the molecular mechanism of photoconversion in detail.

According to Konstantin Lukyanov, Professor at the Skoltech Center for Life Sciences (CLS), photoconversion research has various practical implications: “First, redox photoconversions are to blame for fast photobleaching of GFP in microscopy, an effect strongly limiting the practical use of GFP. Second, photoconversion intensity can be indicative of the cell’s oxygen saturation and oxidative stress caused by excessive reactive oxygen species. Finally, photoconversion research may be the key to understanding the primary functions of ancestral GFP-like proteins. As they emerged very early in the evolutionary process in the animal kingdom, no one around had eyes to detect fluorescence, which suggests that “ancient” fluorescent proteins performed other “basic” functions, such as protection from too much sunlight or transfer of electrons.”