Researchers from Skoltech and their colleagues from Russia and the US have described two new, compact Cas9 nucleases, the cutting components of CRISPR-Cas systems, that will potentially expand the Cas9 toolbox for genome editing. One of the two nucleases has been shown to work in human cells and thus can have biomedical applications. The paper was published in the journal Nucleic Acids Research. 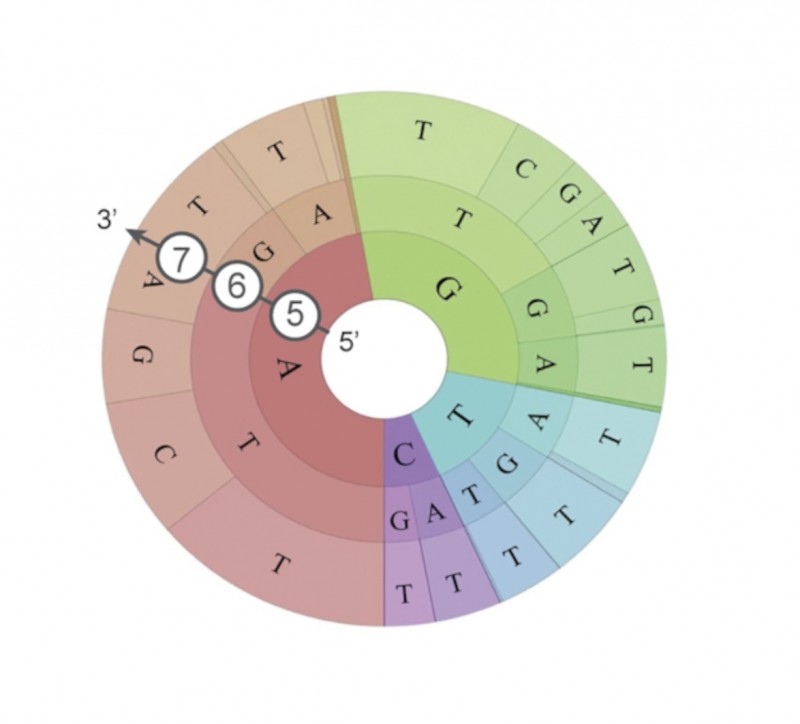 CRISPR-Cas, the genome editing technology borrowed from bacteria, relies on Cas nucleases; these enzymes, when guided by CRISPR RNAs, can degrade target genetic sequences — they are the blades in the Nobel Prize-worthy ‘genetic scissors.’ In research applications, the most popular Cas9 nuclease is the Streptococcus pyogenes one, Type II-A SpCas9. It is efficient and relatively simple, as one large protein both binds to crRNA and cleaves DNA; it also requires a short PAM — a string of nucleotides bookending the target site that the enzyme uses to locate and ‘read’ it.

But SpCas9 is a large protein, which creates a problem when one wants to, say, use an adeno-associated viral (AAV) particle as a vehicle for delivering the ‘genetic scissors’ into a cell. Ideally one would want to fit both the gene encoding the Cas protein and the sequences for guide RNAs into a single particle, and that size limit requires shorter Cas9 varieties. Those shorter nucleases, however, tend to require longer and more complex PAMs, so researchers face a tradeoff between protein size and choice of targets.

In their new paper, Iana Fedorova, who recently defended her Skoltech PhD, and research scientist Aleksandra Vasileva at the Skoltech Severinov lab and their colleagues describe two new small Cas9 nucleases derived from Defluviimonas sp.20V17, a bacterium living in hydrothermal vents, and Pasteurella pneumotropica, a common bacterium found in rodents and other mammals. These nucleases happen to be small enough for an AAV vector and to have relatively short PAMs, a ‘best of both worlds’ option when it comes to Cas9 enzymes.

The new nucleases are related to Type II-C CRISPR-Cas systems, which are usually represented by smaller Cas9 effectors compared to SpCas9. These proteins adopt a conservable bilobed architecture similar to other Cas9 proteins, but also have unique features: they lack several insertion subdomains and have a smaller Wedge domain (the domain responsible for interaction with single-guide RNA scaffold) — and thus are more compact.

“Indeed, type II-C effectors tend to require longer PAM sequences, but it is just an observation based on a limited number of Type II-C effectors characterized to date. For example, the recently found SauriCas9 from Staphylococcus auricularis, similarly to PpCas9, requires a short PAM (5’-NNGG-3’). And most likely more Type II-C Cas9 enzymes requiring short PAMs will be found soon. These small Cas9 proteins with different PAM requirements expand the number of potentially editable DNA targets in eukaryotic and prokaryotic genomes,” Fedorova says.

In vitro studies and experiments in bacteria showed that these two nucleases are efficient at cleaving DNA, and the P. pneumotropica Cas9 nuclease is active in human cells. It also turned out to be fairly similar to other Cas9 nucleases which had been shown to work in eukaryotic cells, Nme1Cas9 and Nme2Cas9. Although more research is needed to establish the efficiency of these nucleases, the authors believe they may present a viable alternative to the more conventional nucleases used in microbial engineering and biomedical genome editing.

Iana Fedorova notes that preliminary studies of PpCas9 off-targeting (unintended modifications) have shown that this enzyme has reasonable specificity. But to show that PpCas9 is specific enough to be considered as a genome editing tool, additional studies using more sophisticated methods are needed.

“Moreover, it looks like PpCas9 demonstrates selectivity in targeting of different genes in cells. It may reduce the range of possible PpCas9 genomic targets, and the nature of this bias is a subject of further studies,” she adds.