The book comes as the second part of Skoltech’s two-volume edition, “Mathematics and Physics: Two Perspectives, One World”. The first part, “Mathematical Walks. A Collection of Interviews”, published in 2017, marked a seminal event in Russian science education. In the new book, Russian physicists of worldwide renown present the latest advances in physics that are likely to change the world overnight. 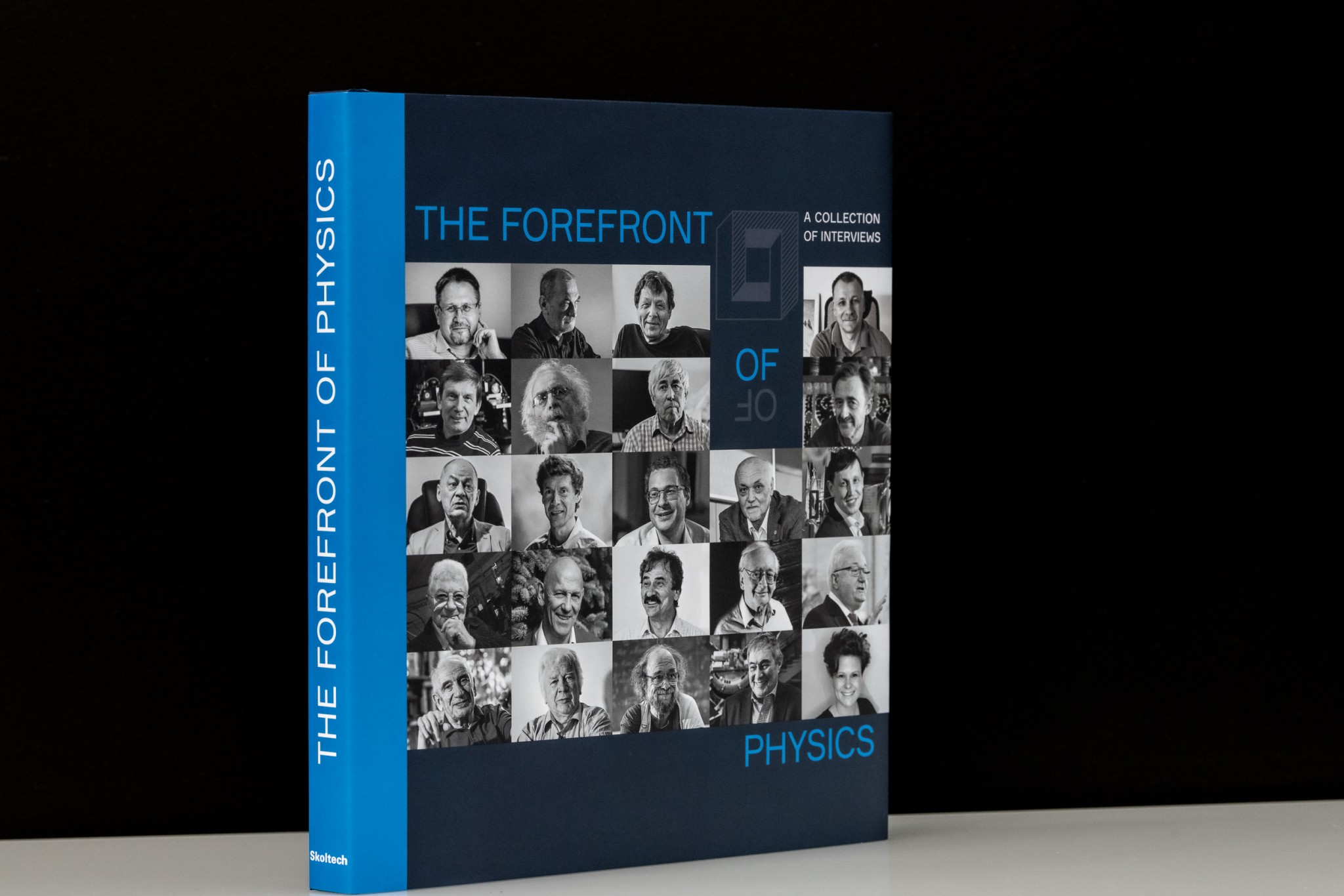 The new collection of 22 interviews with top Russian physicists from leading universities and research centers in Russia, the United States, Germany, and Finland is a culmination of the wide-scale international science and education media project pursued by the Skolkovo Institute of Science and Technology (Skoltech) in partnership with the Ogonyok magazine (published by Kommersant).

“It takes great skill to explain complicated scientific ideas using simple images and notions, which makes popularization of science a formidable challenge when it comes to physical and mathematical sciences that tend to produce highly abstract results. The last few decades have witnessed rapidly growing cross-pollination of physics and mathematics: whereas fifty years ago mathematics was regarded as a completely self-contained discipline, it is pretty obvious today that theoretical physics has become a wellspring of new ideas for mathematical theories,” Alexander Kuleshov, Skoltech President and Member of RAS, says in the foreword.

“Aware of the imminent blending of the physical and mathematical communities, the editors have elected to include interviews with both physicists and mathematicians in this two-volume collection that I am sure will draw appreciative audiences.” 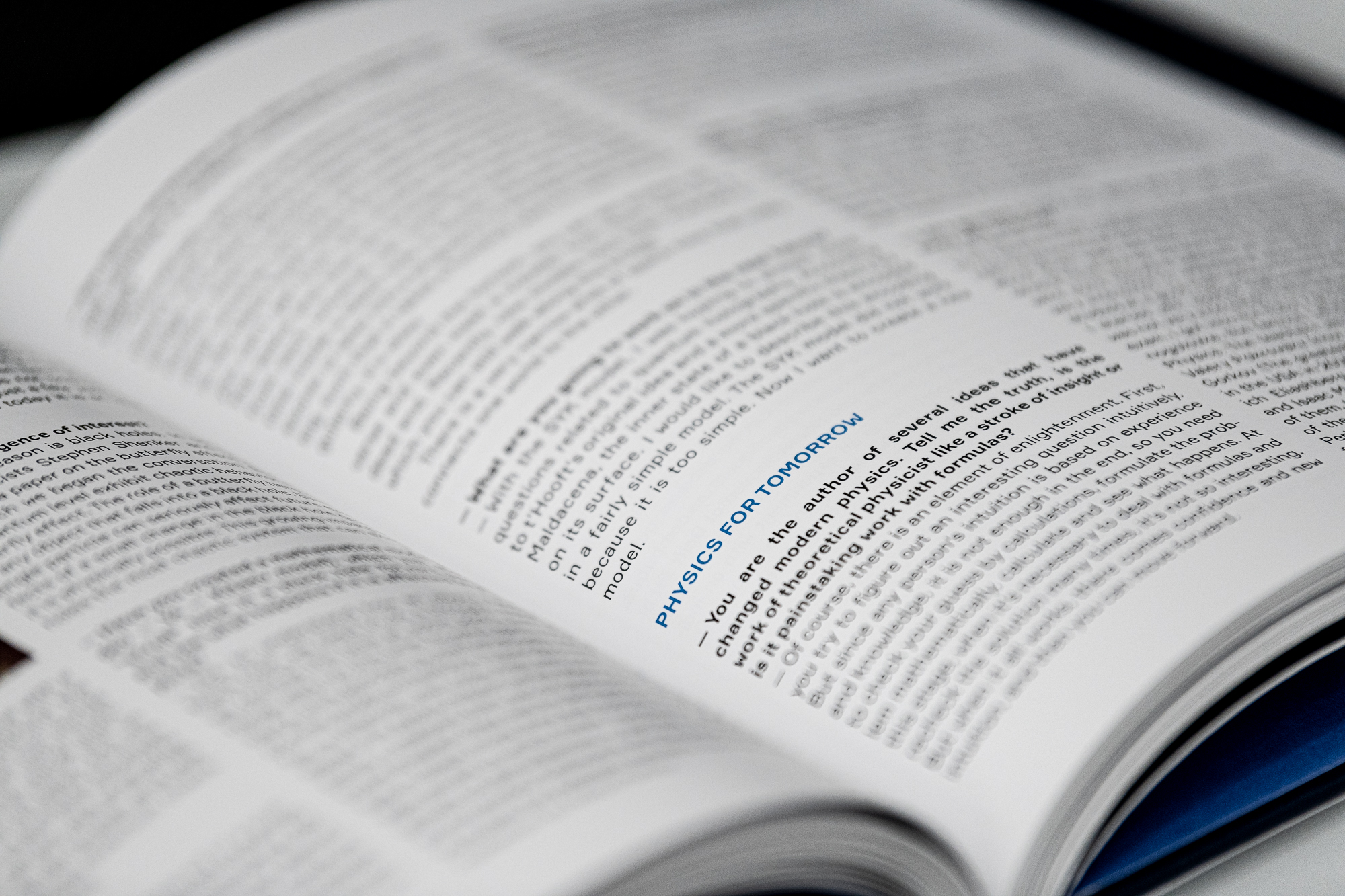 Contributors to the book include Alexei Kitaev, Yuri Oganesyan, Alexei Starobinsky, Rashid Sunyaev, Vladimir Zakharov, Alexander Zamolodchikov, Lev Zelenyi, and other prominent scholars, as well as journalists and photographers who invite their readers to glimpse into the future and try to answer some intriguing questions: Is it in our power to control a hurricane’s trajectory or targeted drug delivery, build a space elevator or a sonic laser, extract information from a black hole or peek into another galaxy through a wormhole? And what about figuring out, at long last, where ideas come from?

“Physics is full of interesting things. This was true 50 years ago and is even more true today. Current research efforts will not only help better understand nature, but also transform humanity,” says Valery Rubakov, a media project partner, a Member of RAS, a Principal Research Scientist at the RAS Institute for Nuclear Research, Chair at the MSU Department of Physics, and a member of the Skoltech Academic Council.

While reading the book, you can point your smartphone camera at the QR code to watch the video and be part of the conversation. Sophisticated computer graphics will help you find out more about the neutrino, dark energy, nanotubes, quantum computers, and other marvels of future technology. 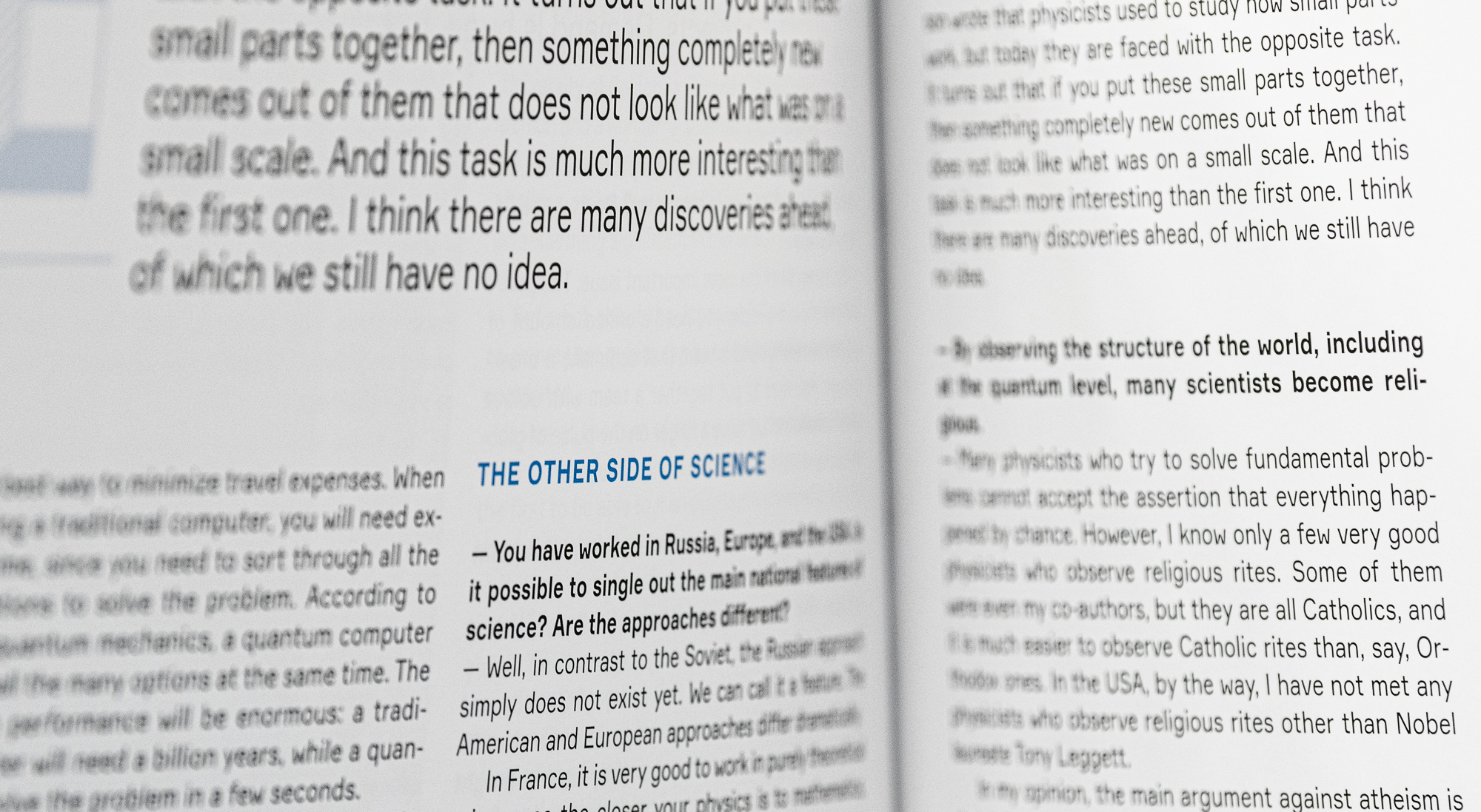 Paulsen has published 2,000 copies of The Forefront of Physics in Russian and English. The book will soon be available in Russian retail bookstores and online at:
http://store.paulsen.ru/catalog/special_projects/1213/

The presentation of the new book at Skoltech is tentatively scheduled for February 2021. Also, there are plans to present the book at major Russian book exhibitions.

“The Forefront of Physics” continues a series of collaborative initiatives of the Skolkovo Institute of Science and Technology (Skoltech), Ogonyok, and Troitsky Variant – Nauka that started with the award-winning 2016/2017 project, “Mathematical Walks”. A culmination of the project, the Russian-English book “Mathematical Walks. A Collection of Interviews” compiled in collaboration with the A.A. Kharkevich institute for Information Transmission Problems of RAS was honored with the 2017 Prosvetitel Award in the Neformat category. The two books now form a two-volume edition under the shared title, “Mathematics and Physics: Two Perspectives, One World”.