Researchers from the Skoltech Center for Hydrocarbon Recovery (CHR) joined an international mission to the Russian Arctic shelf on board Akademik Mstislav Keldysh research vessel to study varying parameters of the lithosphere-hydrosphere-atmosphere system that are essential for understanding the current and future trends in the geoecological and climatic situation in the Russian Arctic region. The scientists spent forty days (from September 26 to November 04, 2020) exploring the Kara, Laptev and East Siberian seas. The expedition led by Corresponding Member of RAS Igor Semiletov comprised 57 experts from leading Russian research institutions, including Shirshov Institute of Oceanology, V.I. Ilyichev Pacific Oceanological Institute, and V.I. Vernadsky Institute of Geochemistry and Analytical Chemistry of RAS, MSU, Skoltech, Tomsk Polytechnic University and MIPT, as well as 12 researchers from Stockholm University (Sweden). 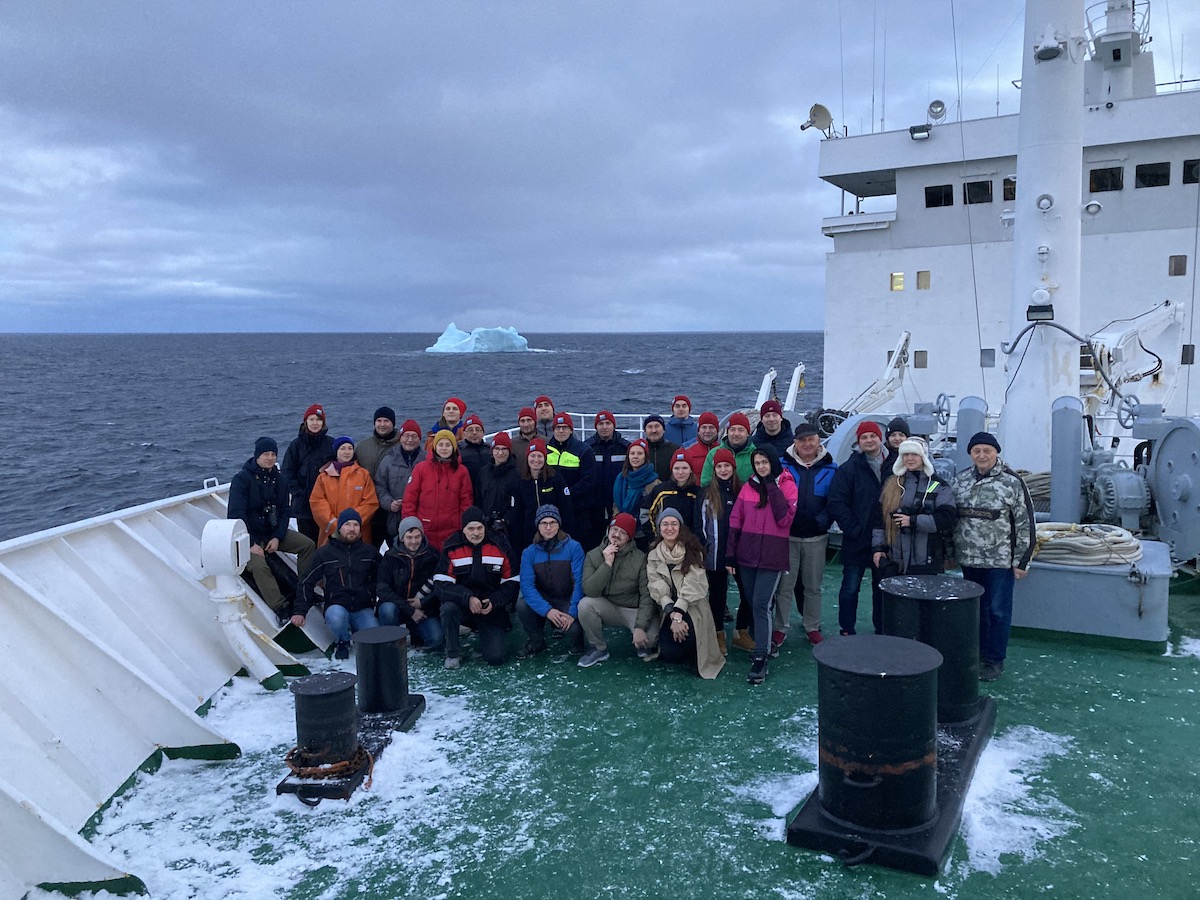 The CHR team for this expedition included research scientists, Boris Bukhanov and Anna Yurchenko, and a PhD student, Nadezhda Khaustova. Their task was to explore the bottom sediments in the Arctic seas in terms of gas content, temperatures, and basic physical properties, including the thermal state and the origin of hydrocarbon gases. Right now, this is a highly relevant area of ​​research, as hydrocarbon fields recently discovered and intensively explored in the Arctic render the Russian Arctic shelf a promising growth region.

Development of the Arctic shelf gas and oil fields is strongly challenged by geographic expanse, heavy ice conditions, harsh weather, poor knowledge of permafrost geology, arduous logistics, a virtually total lack of infrastructure, and to top it all off, permafrost. Sadly enough, the only sources of knowledge about the existence, depth, and thickness of the Arctic shelf permafrost are local geophysical research and mathematical modeling data which provide all but indirect evidence conditioned by multiple input parameters. 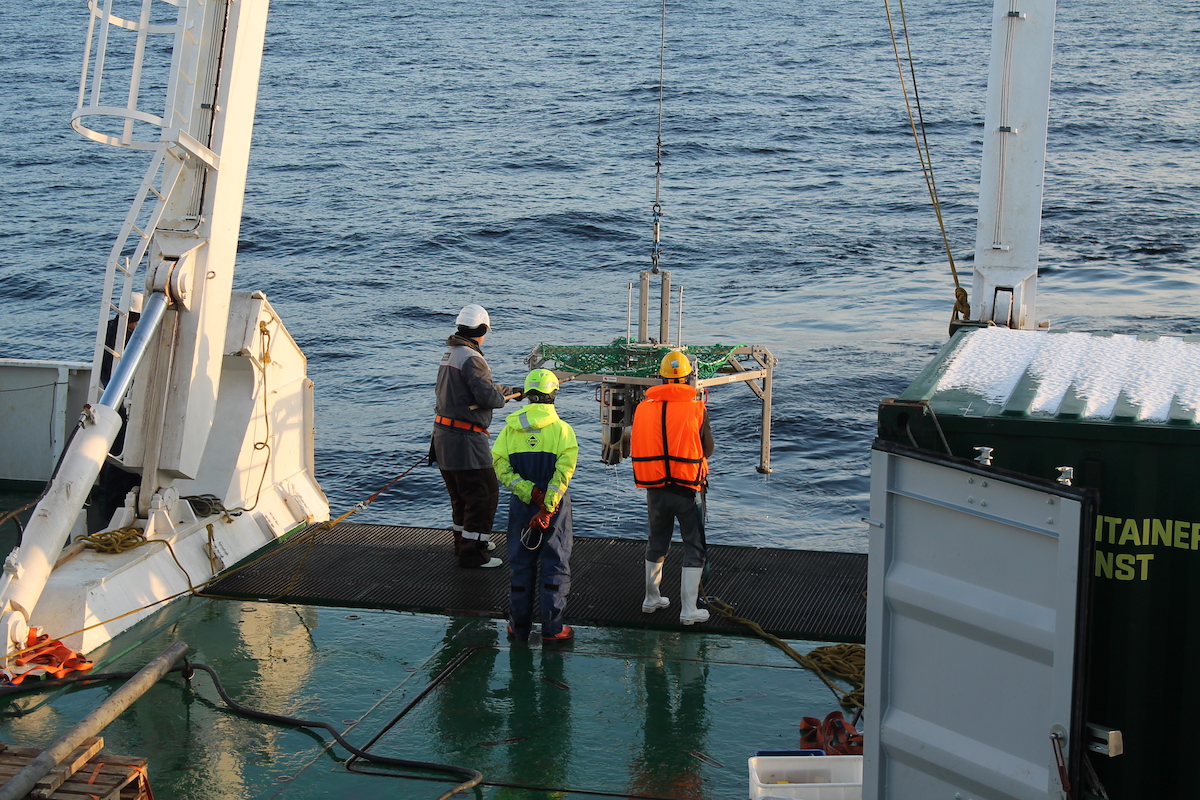 Yet another geological risk that hinders the development of the Arctic shelf is natural gas hydrates that can form and exist in the submarine cryolithozone in deep subpermafrost and intrapermafrost horizons for a long time. Relic gas hydrates that are highly sensitive to both natural and human impacts and likely to trigger the release of methane are particularly dangerous.

The Skoltech team succeeded in obtaining results that shed light on the properties of the bottom sediments in the Arctic shelf permafrost. “Our studies confirm that the bottom sediments in the East Siberian, Laptev and Kara Seas have temperatures of about -0.8 to -1.4 oC, while remaining cooled but unfrozen and containing no pore ice thanks to natural salinity. These temperatures hint at the existence of deep-roof permafrost. The continental slope sediments,  for example in the Laptev Sea with water depths ranging from 200 to 360 m, have a  temperature of about 0 oC, which proves that there is no modern permafrost on the continental slope,” Dr.  Bukhanov, an expedition member, explains.

Temperature measurements in the upper layer of the bottom sediments revealed a small variation range for their thermal conductivity and volumetric heat capacity. Thermal parameters and temperature data about the bottom sediments are highly valuable for modeling the evolution of the Arctic shelf permafrost thickness in order to evaluate the current underwater permafrost depths and identify potential gas hydrate formations. 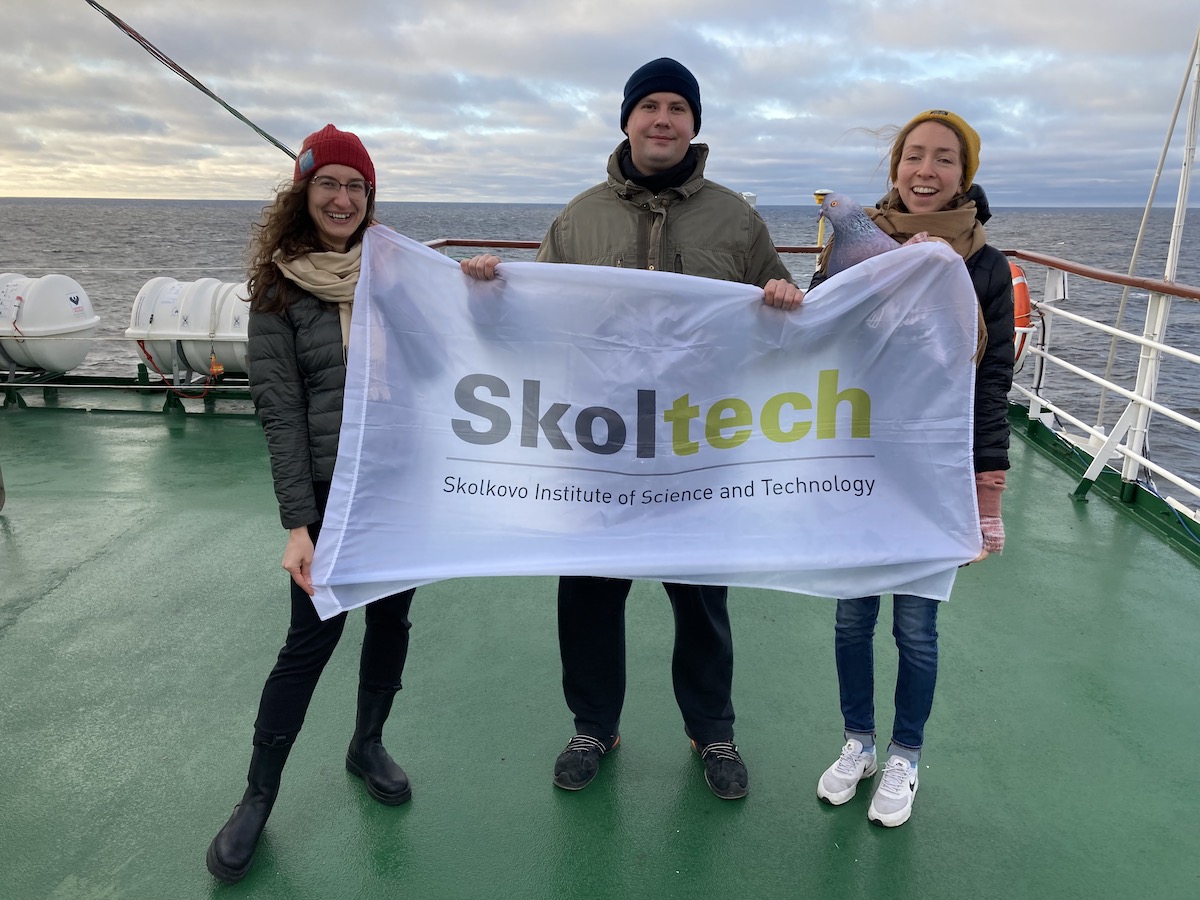 The team’s impressive collection of samples has been delivered to the CHR Laboratory which plans on launching a series of gas-chemical studies to determine the origin of released gas in order to estimate the amount of deep gas in the bottom sediments. Also, the Lab will perform a multifaceted geochemical study of the visited Arctic areas looking at the behavior of chemical elements and organic matter, and experiment with the core samples to find out how gas hydrates form and evolve in the bottom sediments of the Arctic seas.

“It was a fascinating journey,” Dr. Bukhanov continues, “and methane eruptions from the bottom sediments were the most captivating sight we saw in the East Siberian Sea. The gas burst out with such force that it cut through the water so that tiny methane bubbles rising from the depths created turquoise spots on the sea surface that measured several meters in diameter. It looked like seawater was boiling in these spots, with gas bubbles collapsing just above the water surface.”

“It was an unforgettable experience and a very productive one, too: tackling ambitious tasks as part of an international team and having experts from different fields to communicate with was highly rewarding. We are proud of our vast collection of unique samples of sediments, mineral inclusions, pore gases, and water that researchers from different fields will spend years studying. It was a great pleasure to meet, work together and share future research plans with people from different countries and institutions. I will hardly ever forget the sight of ice forming in the Yenisey delta, the polar owls that kept us company throughout our voyage across the East Siberian Sea, and the mesmerizing beauty of the Arctic seas. And the northern lights were really something to behold!”  Dr.  Yurchenko says.