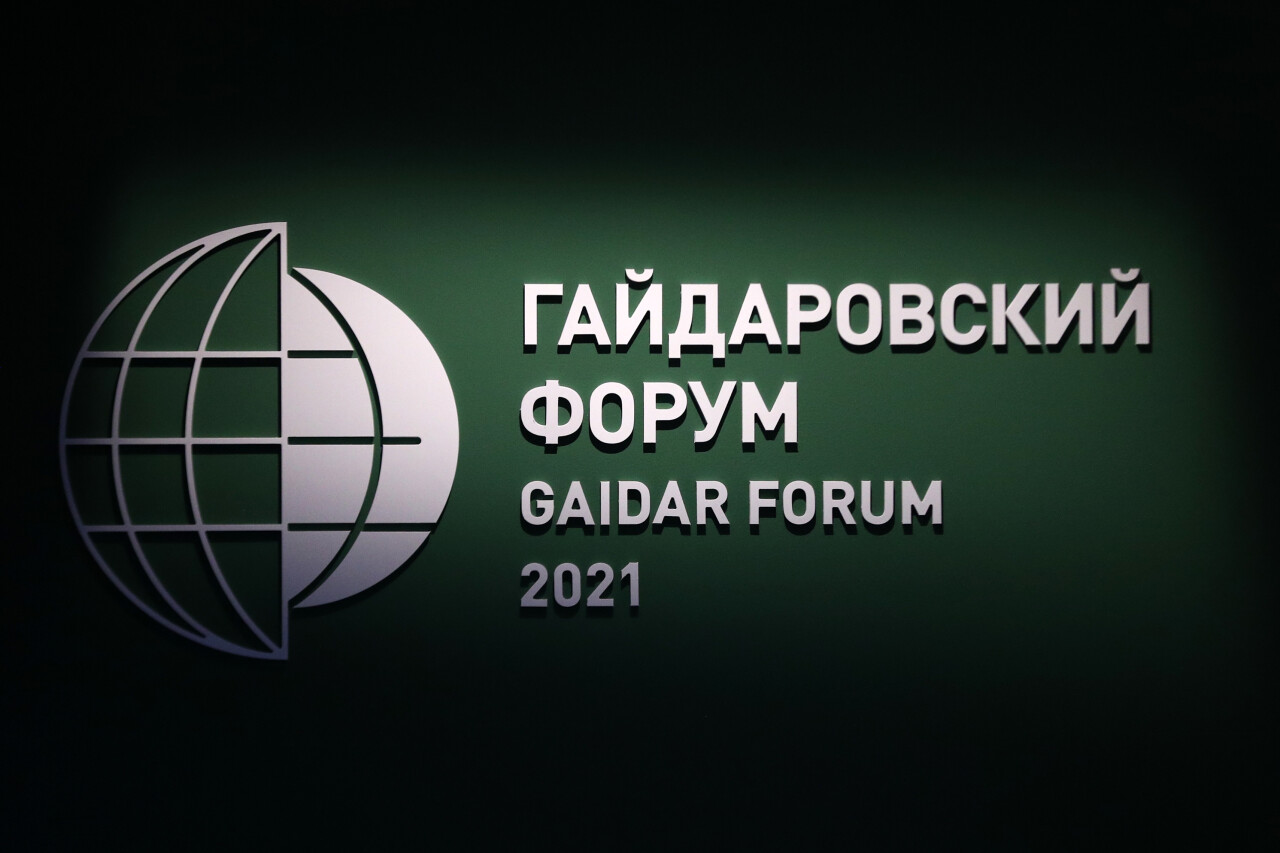 “In the Soviet Union and Russia, any cooperation schemes always, or nearly always, led nowhere. Whether this is a national trait or a legacy of communism, I can’t say. Everyone tries to create their own little thing, reluctant to share it with others… Of course, this bad practice must be stopped, and cooperation [between universities] is absolutely essential,” Kuleshov said during the expert discussion “The university at the time of change: contribution to urban, regional and national development” within the Gaidar Forum.

When discussing how to measure and evaluate a university’s contribution to economic and social development, Skoltech President noted in particular that he supports the popular concept that any economy is successful to the extent that it ensures talent fulfillment.

“KPIs are certainly very important, but if they are not quantified, there is no way of knowing how successful a university is. In this sense, I am talking like a bureaucrat. Numbers are definitely important and inevitable, but can everything be measured in points? <…>  We should ask ourselves a straightforward question: does our education as a key element of self-realization meet this criterion? I suppose all of us realize that it doesn’t,” Kuleshov said. 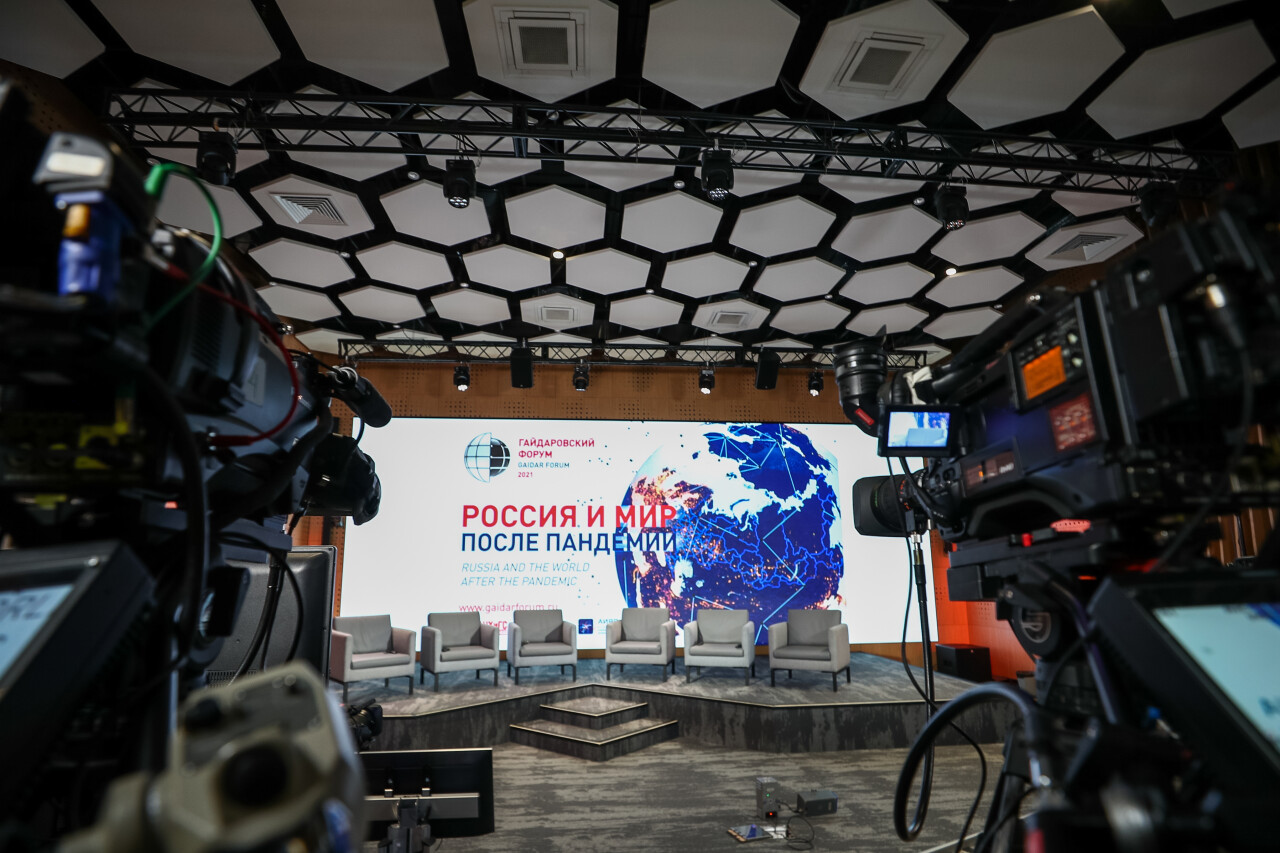 “This is the basis from which we should proceed. The number of startups, the amount of attracted investment and the number of papers are certainly very important, but only as the secondary goal, talent fulfilment being the first priority,” Kuleshov added.

He emphasized the key role of academic freedoms and university culture in talent realization. “Nightingales will not sing in captivity,” Skoltech president noted in conclusion.

Rector of the New Economic School (NES) Ruben Enikolopov emphasized that academic partnerships between leading universities serve the common goal of utmost self-realization of their students and protection of academic freedom. He called this the “common DNA” of partner universities.

NES Rector also said that the economic impact of universities, which generate and bring new knowledge into real life along with providing education, can hardly be overestimated in the modern knowledge-based economy. On the other hand, the role played by universities keeps growing more complex.

“When it comes to evaluating multi-directional universities, the models grow increasingly complex as they try to embrace all the different directions,” Enikolopov said.

Vadim Volkov, Rector of the European University at St. Petersburg, added that over the past decades, governments and businesses have been trying to bring universities down to earth, since they have always been “something out of this world” and out of touch with society. According to Volkov, universities are wrongly made responsible for economic growth and commercialization of their research ideas: ‘prove your worth and help your city, region, and country’. Universities have a different mission”.

Volkov stressed that a university should “have an inner potential for innovation” in order to produce a social and economic impact for its region or the country as a whole. This innovation capability can imply many things, including management flexibility, academic freedom, a good infrastructure, and absence of unnecessary restrictions and standards.

Volkov said that a modern university is “a place where new communities are crystallized” and a platform for communication between representatives of different industries speaking ‘different languages’. Operating in isolation, universities can hardly achieve these goals. “Universities become much stronger when they find complementary targets,” Volkov said.

Deputy Minister of Science and Higher Education Dmitry Afanasyev said that a priority for the industry regulator is to create a methodology for measuring a university’s  contribution based on expert assessments and reputation and not only administrative indicators.

“Finding a single yardstick is a complex task that calls for serious discussions. The question is, Where will this yardstick come from? And a yardstick is needed badly, because the more investment is made by the government, society and private investors, the stronger is the push for the result,” Afanasyev said.

Afanasyev added that such an evaluation tool is being created as part of “Priority 2030”, a new university development program, where the ministry collaborates with universities to create a set of indicators for the tool.

The discussion was moderated by Sergey Zuev, Rector of the Moscow Higher School of Social and Economic Sciences (Shaninka).