A group of scientists from Russia, China and the United States predicted and then experimentally obtained barium superhydrides, new unusual superconductors. The study was published in Nature Communications. 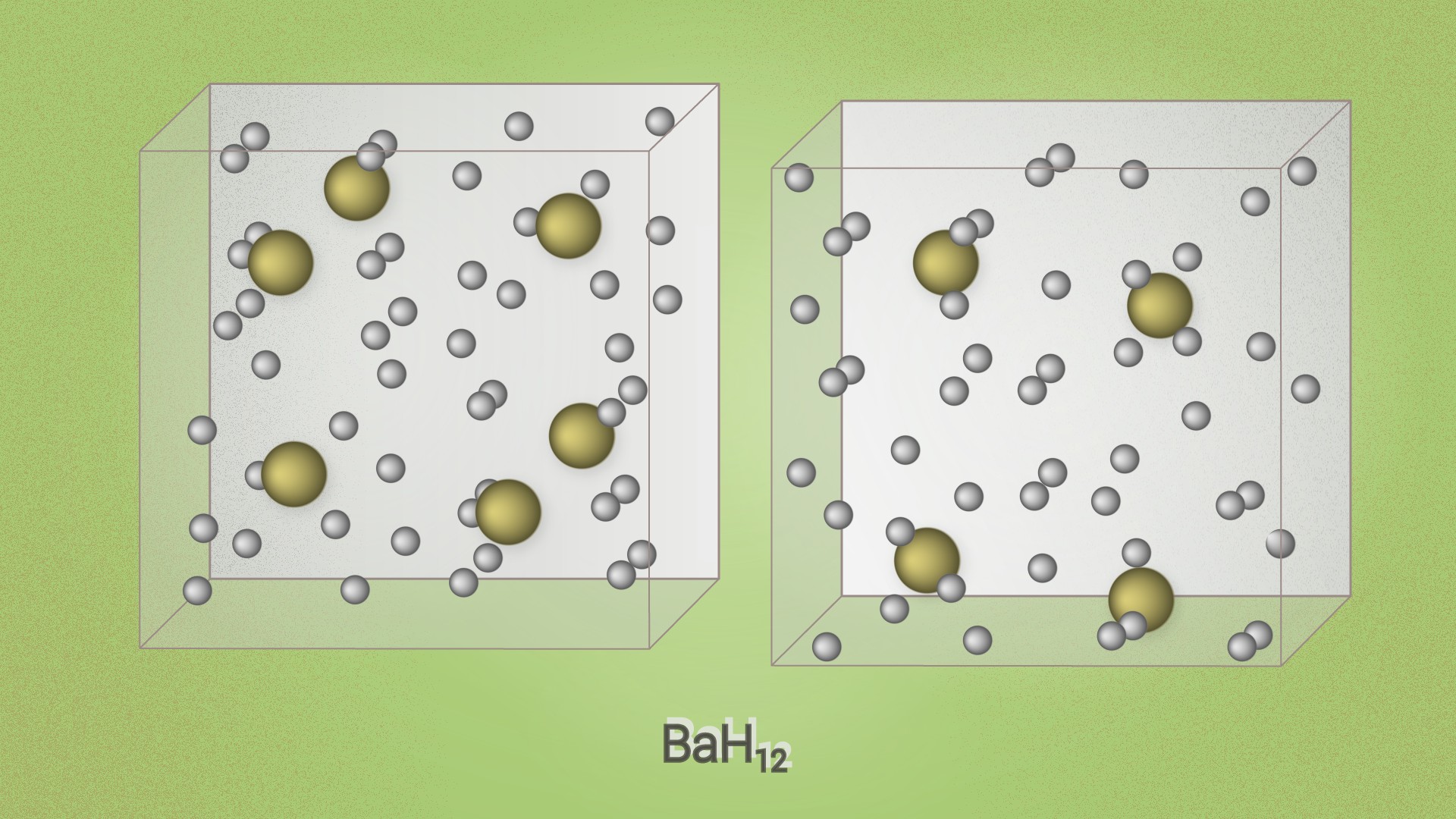 Chemists and physicists have been hunting down room-temperature superconductors since the first half of the 20th century. Initially, high hopes were placed on metallic hydrogen but, as it later transpired, solid metallic hydrogen can become superconducting only at extremely high pressures of several million atmospheres. Chemists then tried adding other elements to hydrogen in the hope of attaining superconductivity by stabilizing the metallic state under less challenging conditions. Scientists, including the research team led by Skoltech Professor Artem R. Oganov, predicted and experimentally obtained a set of compounds with an unusually large number of hydrogen atoms, such as ThH9, ThH10, PrH9, NdH7, NdH9, YH6, and so on. Yet, the race for higher hydrogen content in such bizarre hydrides and especially for higher superconducting transition temperature is still on.

In their latest study, scientists from Oganov’s laboratory and their colleagues from China and the United States analyzed all possible barium hydrides using the unique theoretical approaches developed by Oganov and his students and implemented in their USPEX code (http://uspex-team.org), and finally selected BaH12, a compound with one of the highest hydrogen contents. The researchers obtained the compound experimentally, demonstrated its superconductivity and studied its crystal structure. BaH12 turned out to be quite a remarkable compound with a structure formed by molecular groups of two and three hydrogen atoms and acting as a molecular superconductor. Thanks to its molecular structure, BaH12 is not a high-temperature superconductor: its critical temperature is -253  °C. The study marks significant progress in understanding what kind of structures may someday perform as room-temperature superconductors in real devices.