Skoltech researchers examined the antibiotic compounds that employ a ‘Trojan horse’ strategy to get into a bacterial cell unrecognized and prevent the synthesis of proteins, ultimately killing the cell. They were able to identify new gene clusters that look like those of known ‘Trojan horses’ – these likely guide the biosynthesis of new antimicrobials that require further investigation. The review paper was published in the journal RSC Chemical Biology. 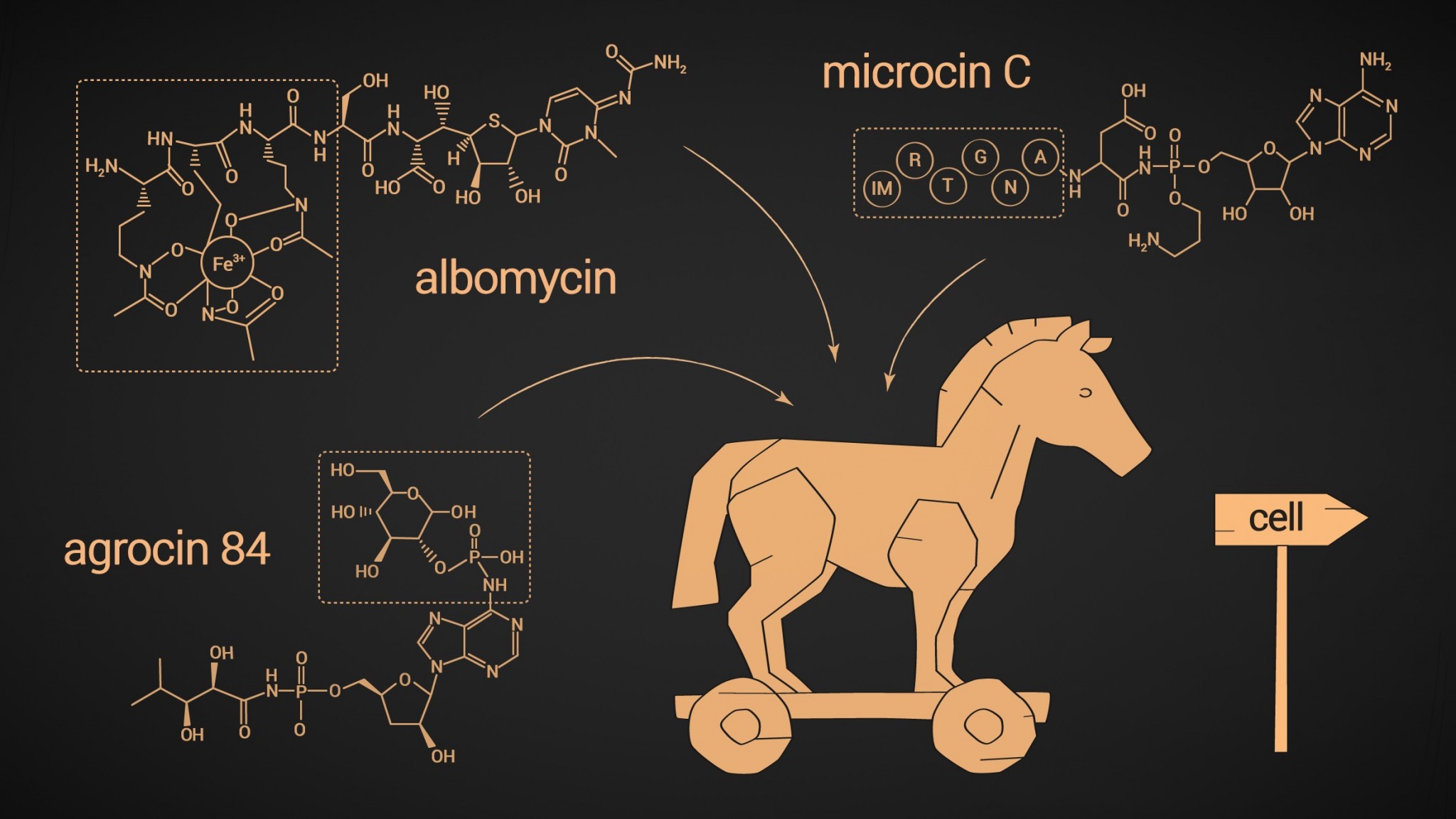 When it comes to antimicrobial attacks, the most difficult thing is breaching the formidable outer defenses: getting inside a target cell to deploy the deadly weapon can be tricky. A number of antimicrobial compounds employ the well-known ‘Trojan horse’ strategy: they present themselves to a cell as a valuable compound and, once inside, unleash the “acheans” that can, for instance, inhibit aminoacyl-tRNA synthetases, key enzymes needed for the translation of genetic information into proteins.

As the authors note, the only real way bacteria can protect themselves against these antimicrobials is by disabling their transporters that take the seemingly harmless compound inside the cell. Even though that can happen quite often, it may not undermine the potential of Trojan horse inhibitors to be developed into drugs, as various pathogenic bacteria “disabled” in this way are also rendered less harmful.

By running a bioinformatics search, the team was able to find other gene clusters that were similar to the clusters encoding known Trojan-horse antimicrobials. “The results of our limited bioinformatics analyses show that the diversity of the three classes of molecules reviewed here is not yet completely tapped. When validated experimentally, these compounds may become viable antibiotics,” the authors conclude in the paper.

Other organizations involved in this research include the RAS Institute of Gene Biology and the Waksman Institute for Microbiology, Rutgers.