Researchers from Skoltech and the Massachusetts Institute of Technology have analyzed several dozen options to pick the best one in terms of performance and costs for the ‘last mile’ of a future mission to the Moon – actually delivering astronauts to the lunar surface and back up to the safety of the orbiting lunar station. The paper was published in the journal Acta Astronautica. 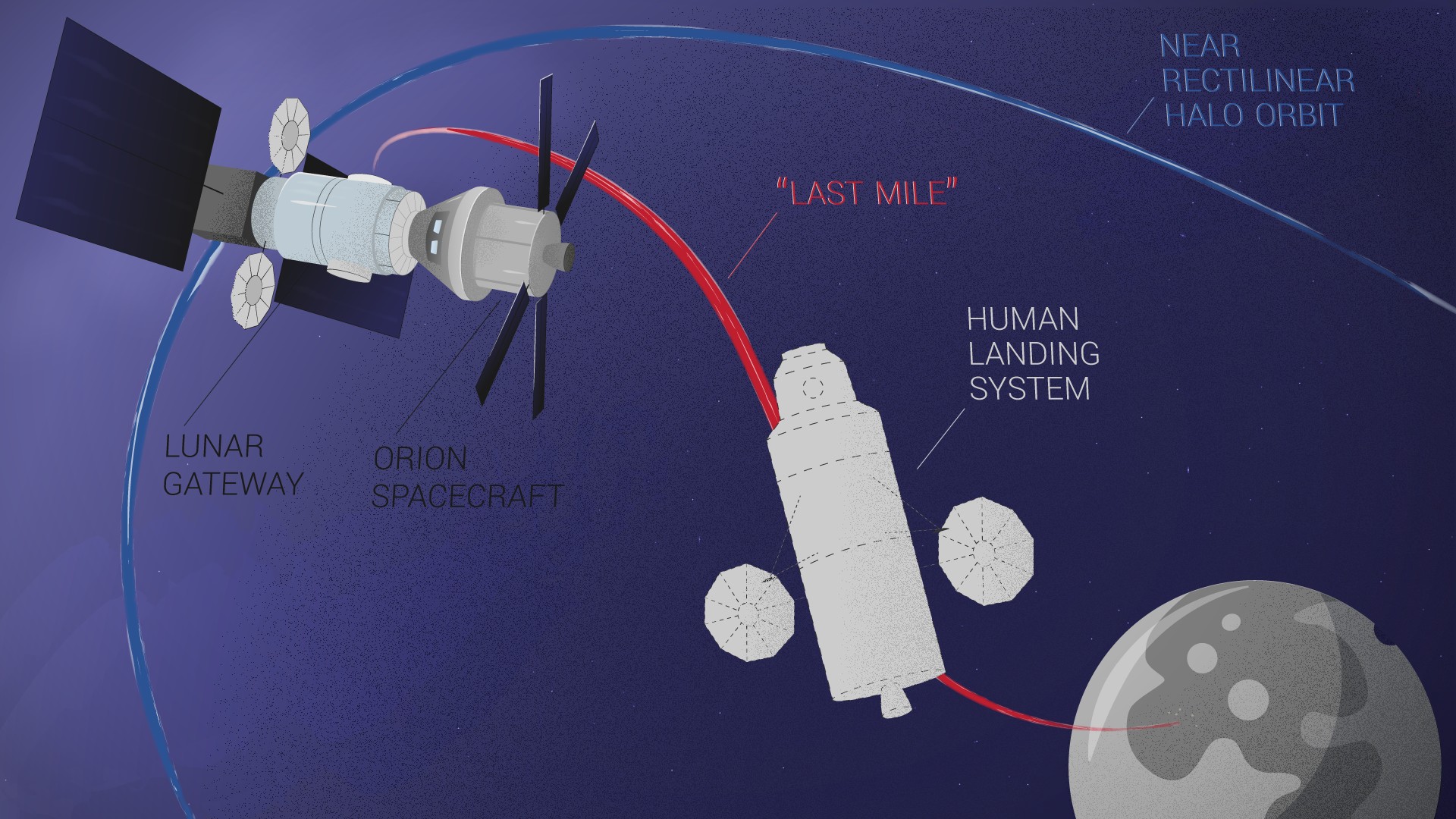 Ever since December 1972, when the crew of Apollo 17 left the lunar surface, humans have been eager to return to the Moon. In 2017, the US government launched the Artemis program, which intends to bring “the first woman and the next man” to the lunar south pole by 2024. The Artemis mission will use a new orbital platform, dubbed the Lunar Gateway, which is going to be a permanent space station from which reusable modules will bring astronauts back to the Moon. This new approach requires a reanalysis of the optimal landing approaches; the private companies contracted by NASA to design the reusable landing modules are conducting this research, but keeping their findings to themselves.

Skoltech M.Sc. student Kir Latyshev, Ph.D. student Nicola Garzaniti, Associate Professor Alessandro Golkar, and MIT’s Edward Crawley developed mathematical models to assess the most promising options for human landing systems for a future Artemis mission. For instance, the Apollo program used 2-stage architecture, when the Apollo Lunar Module, consisting of a descent and ascent modules, was able to carry two people to the lunar surface and back up, leaving the descent module behind.

The team assumed the Lunar Gateway is located in the L2 near rectilinear halo orbit, the currently preferred option that has the station orbiting the L2 Lagrange point in a way that makes it easier to land on the lunar south pole. They also modeled an expedition of four astronauts, who will spend around seven days on the Moon. The scientists considered both the optimal number of stages and the preferred propellants for the system. In total, they went through 39 variants of the future lunar human landing system, also modeling the cost for the most promising options.

The team went through a comprehensive approach for assessing alternative concepts of lunar human landers, looking at a broad number of options using architectural screening models. They first defined the key set of architectural decisions to be taken, such as number of stages and propellant type to be employed at each stage of the lander. They organized the information in mathematical models, and performed a comprehensive computational exploration of alternative system architectures coming from the combination of the different architectural decisions. Finally, they analyzed the resulting tradespace and identified preferred architectures for consideration by stakeholders concerned with the design of human lunar landers.

Their analysis showed that for expendable landing systems such as the ones used in the Apollo program, the 2-stage architecture is indeed the most advantageous as it has both lower total dry masses and propellant loads as well as lower launch costs per mission. However, for reusable vehicles planned for the Artemis program, 1-stage and 3-stage systems quickly become comparable in their advantages.

With all assumptions in the paper considered, the ‘ultimate’ winner for a number of short ‘sortie’-type lunar missions is the 1-stage reusable module running on liquid oxygen and liquid hydrogen (LOX/LH2). The authors note that this is a preliminary analysis, which does not take into account crew safety, probability of mission success as well as project management risks considerations – these will require more elaborate modeling at a later stage of the program.

Kir Latyshev notes that, for the Apollo program, NASA engineers did a similar analysis and chose the 2-stage lunar module. However, the overall architecture of lunar missions was different back then. It did not have an orbiting lunar station to keep the lunar module at between the missions, which meant that all ALM flights should be performed directly from Earth. It also meant using fully expendable lunar modules (a new vehicle for each mission), as opposed to reusable ones considered nowadays. Apart from that, without the lunar station, one of the current options – the 3-stage landing system – was not possible at all.

“Interestingly, our study finds that, even with the orbiting station, if fully expendable vehicles are considered, then the 2-stage (Apollo-like) landing system is still expected to have lower masses and, therefore, lower costs – which sort of reconfirms the Apollo decision. However, reusability changes that. Though 1-stage and 3-stage vehicles in this case are still heavier than the 2-stage one, they allow to reuse more of the ‘vehicle mass’ (approximately 70-100% compared to around 60% for the 2-stage option) over and over again, thus saving money on producing and delivering new vehicles to the orbiting station and making lunar missions potentially cheaper,” Latyshev says.

He adds that crew safety consideration is an important factor in designing human space systems which the authors did not account for in their study. “This safety factor can affect the results in either way. For example, multi-stage solutions might offer more safe return opportunities in case of emergency in the parking lunar orbit prior to descent to the surface than our ‘winner’, the 1-stage system: either the descent or ascent vehicle can be used for return in case of 3-stage and 2-stage systems as opposed to the single stage of the 1-stage system. At the same time, 2-stage and 3-stage systems are expected to be more complex and therefore to have more risks of breakdowns, as opposed to the simpler 1-stage solution. So there is a trade-off again,” Latyshev explains.

The team plans to expand the work in the future, with a comprehensive exploration of the system architecture of the entire exploration infrastructure required in future human spaceflight programs for lunar exploration.