Researchers from Skoltech and their colleagues from other Russian institutions have shown that the two components of the bacterial CRISPR-Cas immunity system, one that destroys foreign genetic elements such as viruses and another that creates “memories” of foreign genetic elements by storing fragments of their DNA in a special location of bacterial genome, are physically linked. This link helps bacteria to efficiently update their immune memory when infected by mutant viruses that learned to evade the CRISPR-Cas defense. The paper was published in the journal Proceedings of the National Academy of Sciences. 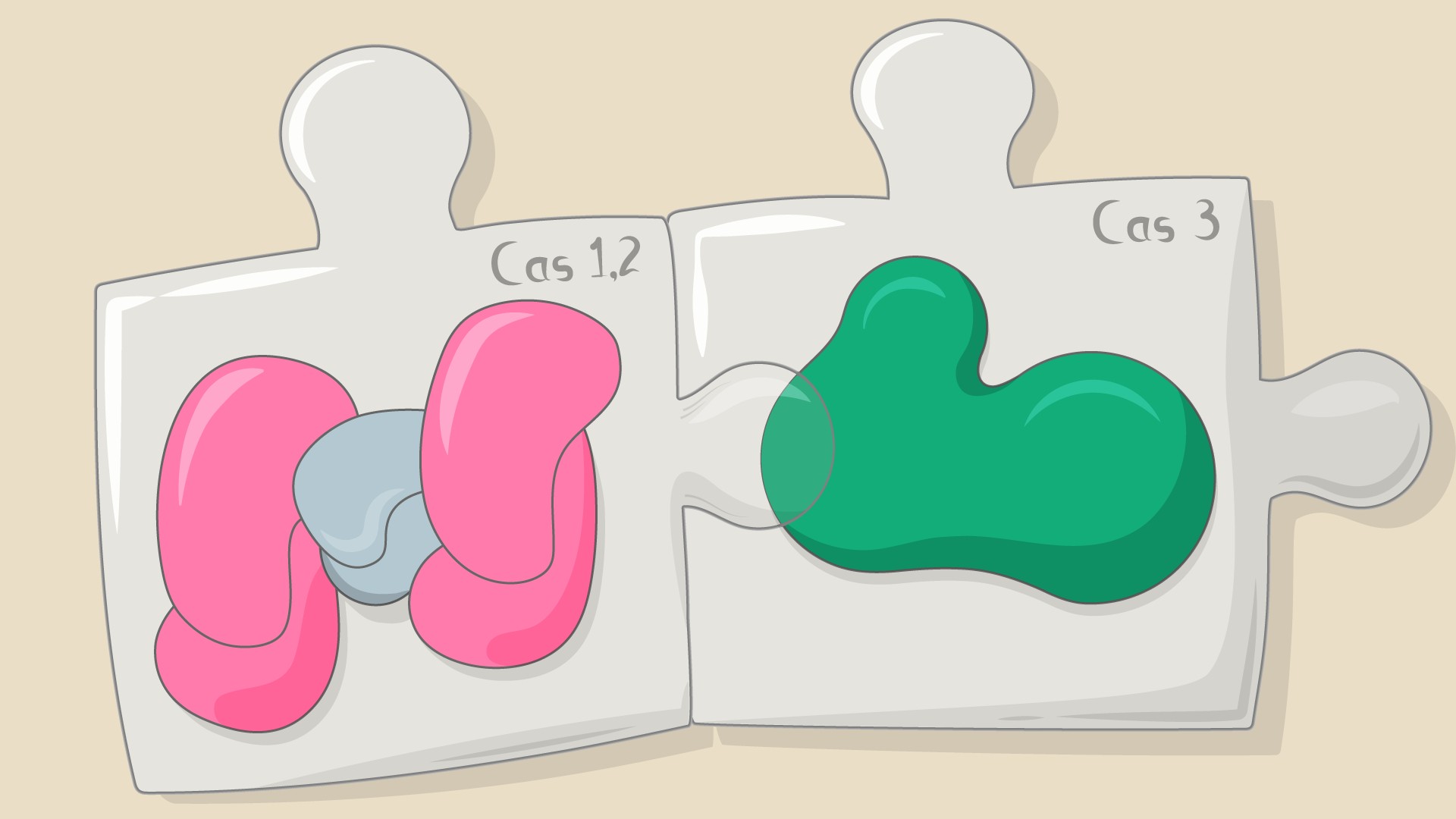 CRISPR-Cas, a defense mechanism that provides bacteria with resistance to their viruses (bacteriophages), destroys DNA from previously encountered adversaries by ‘comparing’ it to spacers, short bits of genetic information stored as a ‘library’ in a “memory chip” located in a special site of the bacterial genome. CRISPR-Cas “learns” to recognize new enemies by incorporating new viral-derived spacers into this library during the infection. The two stages of CRISPR functioning, acquisition of spacers and their use to fight reinfections, are called adaptation and interference, correspondingly.

“To avoid CRISPR, phages acquire mutations that introduce mismatches with spacers. So, in order to maintain an effective defense, the CRISPR-Cas system needs to update the set of spacers faster than mutant phages with escape mutations arise. To meet this requirement, CRISPR-Cas systems have evolved a special mechanism of “primed adaptation”. During primed adaptation preexisting spacers that recognize a target, even inefficiently, promote very efficient acquisition of additional spacers from the same DNA molecule on which the target is located,” Olga Musharova, Skoltech research scientist and the paper’s first author, explains.

The exact molecular mechanism of priming is still unclear but it clearly requires tight coordination between the killing and the memorizing parts of the CRISPR mechanism. In the new paper, Skoltech Professor Konstantin Severinov, Musharova and their colleagues were able to confirm the existence of a “priming complex” that includes both the Cas1-Cas2 proteins responsible for acquiring new spacers, and the Cas3 protein that cleaves enemy DNA.

“The part that destroys foreign DNA and the part that acquires new information for the future protective function of CRISPR-Cas system are linked. It’s as if the mallet in a Whac-A-Mole game could also take pictures of the moles for future reference,” Severinov said.

In experiments with E. coli, the team showed that fragments of DNA being degraded by Cas3 are directly passed over to Cas1-Cas2 as “prespacers” that eventually become spacers. “This result is of fundamental significance. We uncovered the link between the interference and the adaptation processes,” Musharova says. “Our findings also show how the CRISPR adaptation can be made more efficient, which is important for using bacterial populations for information storage.”

The team plans to keep investigating primed adaptation in bacterial cells and finding the most efficient way to install desired “memories” in bacterial DNA in the form of spacers.