Scientists at the Skolkovo Institute of Science and Technology (Skoltech) and their colleagues from the University of Graz & the Kanzelhöhe Observatory (Austria) and the ESA European Space Operations Centre developed a method and software called RESONANCE to predict the solar radio flux activity for 1-24 months ahead. RESONANCE will serve to improve the specification of satellite orbits, re-entry services, modeling of space debris evolution, and collision avoidance maneuvers. The research results were published in the high-profile Astrophysical Journal Supplement Series.

Since the launch of Sputnik, the Earth’s first artificial satellite, in 1957, more than 41,500 tons of manmade objects have been placed in orbit around the Sun, the Earth, and other planetary bodies. Since that time, the majority of objects, such as rocket bodies and large pieces of space debris, re-entered the Earth’s atmosphere in an uncontrolled way, posing a potential hazard to people and infrastructure. Predicting the re-entry date and time is a challenging task, as one needs to specify the density of the upper Earth atmosphere that strongly depends on solar activity which, in turn, is hard to predict. Earth atmosphere can become very heated due to solar activity which causes it to expand, and a satellite can decay in its orbit and fall back to the Earth due to the effect known as atmospheric drag. In addition, there is a lot of space debris, much of it very small; if a spacecraft unexpectedly changes its orbit and encounters even a small piece of debris, this would be equivalent to hitting a bomb because of the high speed.

Europe’s space freighter Automated Transfer Vehicle Jules Verne burning up over an uninhabited area of the Pacific Ocean at the end of its mission. Credit: ESA. 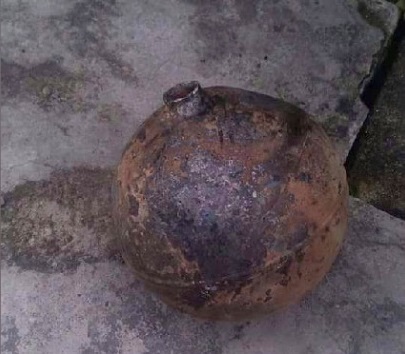 A piece of a re-entering space object found in Indonesia. The sphere measures about 50 cm in diameter and weighs 7.4 kg. Credit: ESA.

An international group of scientists led by Skoltech professor Tatiana Podladchikova developed a new method and software called RESONANCE  (“Radio Emissions from the Sun: ONline ANalytical Computer-aided Estimator”) which provides predictions of the solar radio flux at F10.7 and F30 cm with a lead time of 1 to 24 months. The F10.7 and F30 indices represent the flux density of solar radio emissions at a wavelength of 10.7 and 30 cm averaged over an hour and serve as a solar proxy of the ultraviolet solar emission which heats the Earth’s upper atmosphere. The method combines state-of-art physics-based models and advanced data assimilation methods, where the resulting F10.7 and F30 forecasts are used as solar input in the re-entry prediction tool for further estimation of an object re-entry time.

“We systematically evaluated the performance of RESONANCE in providing re-entry predictions on past ESA re-entry campaigns for 602 payloads and rocket bodies as well as 2,344 objects of space debris that re-entered from 2006 to 2019 over the full 11-year solar cycle. The test results demonstrated that the predictions obtained by RESONANCE in general also lead to improvements in the forecasts of re-entry epochs and can thus be recommended as a new operational service for re-entry predictions and other space weather applications,” says lead author and Skoltech’s MSc  graduate Elena Petrova who is currently pursuing her Ph.D. studies at the Centre for Mathematical Plasma Astrophysics, Catholic University of Leuven (KU Leuven). 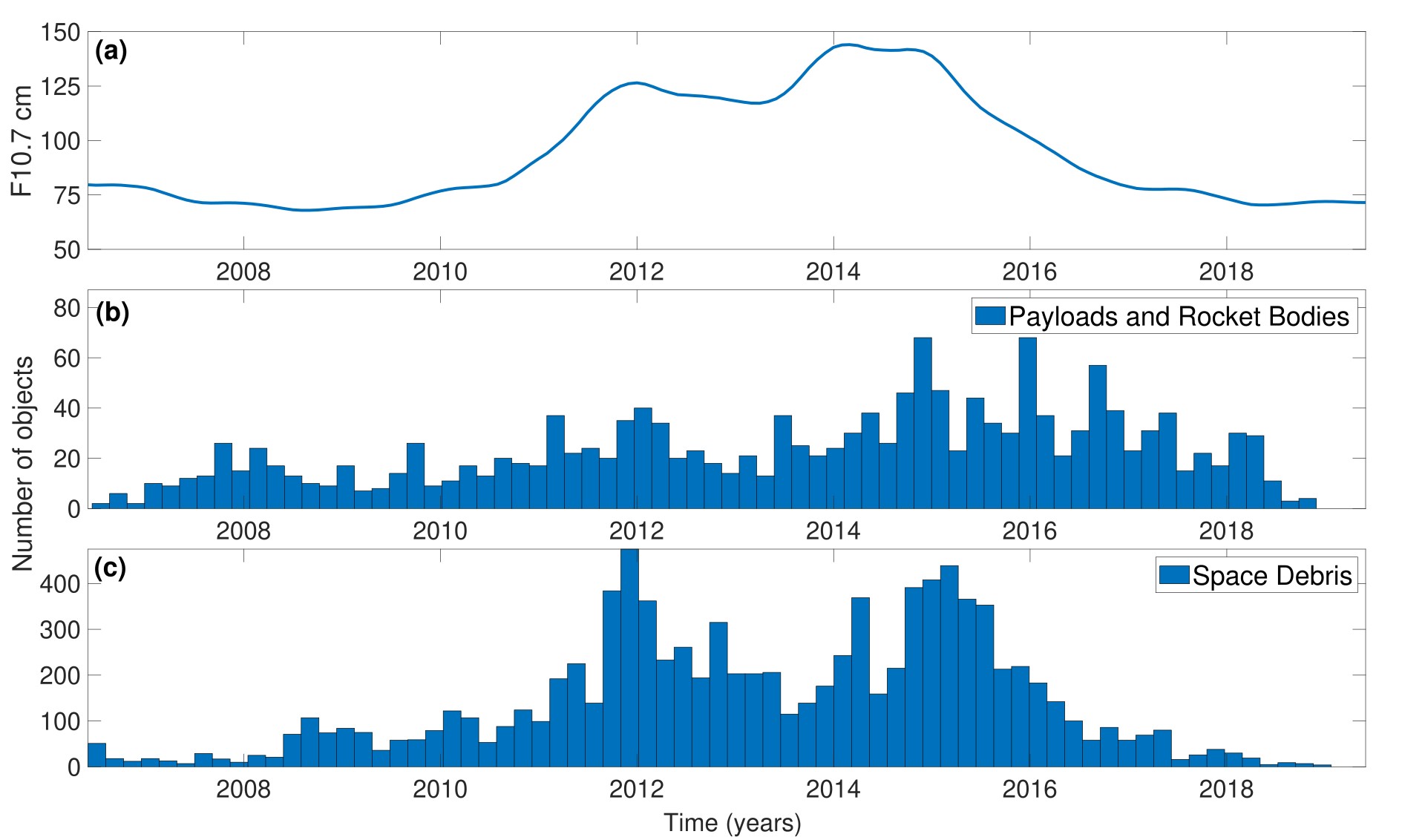 “The number of re-entered objects is closely related to the solar activity level: the majority of objects return during the maximum solar activity phase within the 11-year cycle. Interestingly, the space debris re-entry time closely follows the evolution of the cycle, reacting immediately to changes in solar activity. At the same time, payloads and rocket bodies also show a large number of re-entries during the declining phase of the cycle, which may be related to the time delay between solar activity and re-entry for large objects”, says professor Astrid Veronig, a co-author of the study and director of Kanzelhöhe Observatory at the University of Graz.

“It is very important to monitor and predict solar activity for orbit prediction needs. For example, Skylab which was intended to perform a controlled re-entry in the 1970s dropped on Earth in an uncontrolled way due to inaccurate calculations of the atmospheric drag due to solar activity. Another example is the most recent launch of the Chinese Long March 5B rocket on May 9, 2021: the remnants from its second stage that carried China’s first space station module made an uncontrolled re-entry and landed in the Indian Ocean. Thus the development of robust and reliable space weather operational services bringing together the forefront of research with engineering applications is of prime importance for the protection of space and ground-based infrastructures and advancement of space exploration. And whatever storms may rage, we wish everyone a good weather in space,” says Tatiana Podladchikova, assistant professor at the Skoltech Space Center (SSC) and a research co-author.

Currently, the team is preparing RESONANCE for operational use as part of a new space weather service for continuous prediction of solar radio flux activity.