A new report by Skoltech scientists and their colleagues describes an organic material for the new generation of energy storage devices, which structure follows an elegant molecular design principle. It has recently been published in ACS Applied Energy Materials and made the cover of the journal. 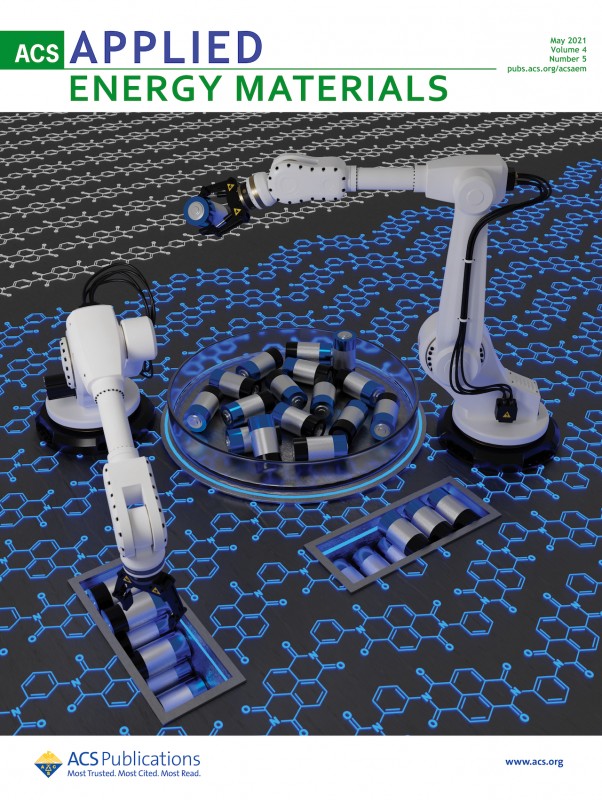 While the modern world relies on energy storage devices more and more heavily, it is becoming increasingly important to implement sustainable battery technologies that are friendlier to the environment, are easy to dispose, rely on abundant elements only, and are cheap. Organic batteries are desirable candidates for such purposes. However, organic cathode materials that store a lot of energy per mass unit can be charged quickly, are durable and can be easily produced on a large scale at the same time, remain underdeveloped.

To address this problem, researchers from Skoltech proposed a simple redox-active polyimide. It was synthesized by heating a mixture of an aromatic dianhydride and meta-phenylenediamine, both easily accessible reagents. The material showed promising features in various types of energy storage devices, such as lithium-, sodium- and potassium-based batteries. It had high specific capacities (up to ~140 mAh/g), relatively high redox potentials, as well as decent cycling stability (up to 1000 cycles), and abilities to charge quickly (<1 min).

The new material’s energy and power outputs were superior compared to its previously known isomer, which is derived from para-phenylenediamine. With the help of collaborators from the Institute of Problems of Chemical Physics of the Russian Academy of Sciences, it was shown that there were two reasons for the better performance of the new polyimide. Firstly, it had smaller particles and a much higher specific surface area, which enabled easier diffusion of the charge carriers. Secondly, the spatial arrangement of the neighbor imide units in the polymer allowed a more energetically favorable binding of metal ions, which increased the redox potentials.

“This work is interesting not just because another organic cathode material was researched”, – says Roman Kapaev, a Skoltech PhD student who designed this study, – “What we propose is a new molecular design principle for battery polyimides, which is using aromatic molecules with amino groups in meta positions as building blocks. For a long time, scientists have paid little attention to this structural motif, and used para-phenylenediamine or similar structures instead. Our results are a good hint for understanding how the battery polyimides should be designed on a molecular level, and it might lead to cathode materials with even better characteristics”.