The intriguing mystery of the smallest flying beetle (RU) 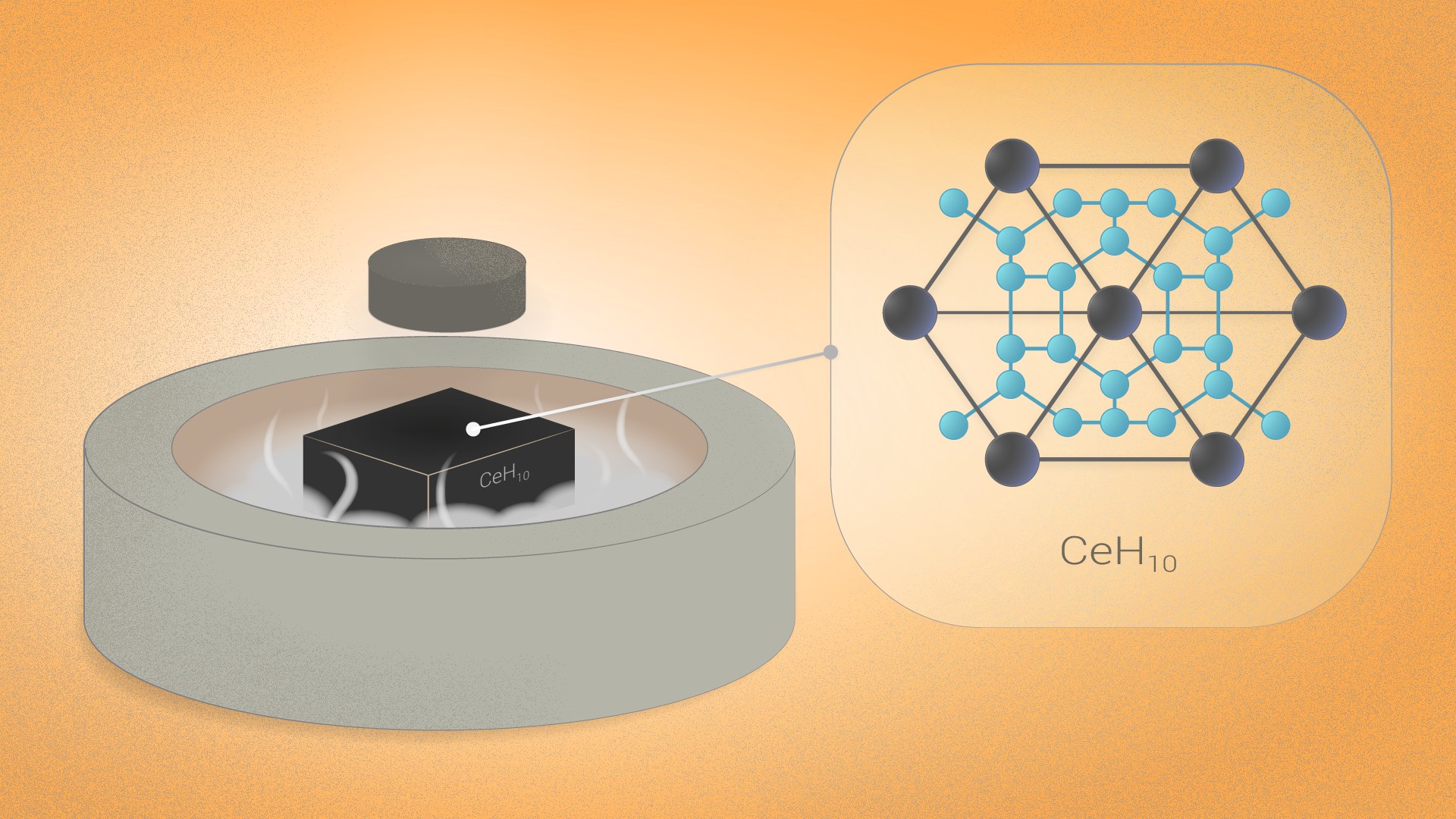 Image. Structure of cerium superhydride CeH10 synthesized by the researchers and shown to be a high-temperature superconductor. Credit: Pavel Odinev/Skoltech

Researchers from Skoltech and their colleagues from China have experimentally shown superconductivity in cerium superhydrides CeH9 and CeH10, pointing the way to lower-pressure and potentially room-temperature superconductors. The paper was published in the journal Physical Review Letters.

The road to superconductivity, an extremely attractive physical property of some materials that do not lose energy to heat because they have zero resistance, lies through tough terrain. It requires either extremely low temperatures (we’re talking 135 K, or minus 138 degrees Celsius, at the warmest) or extremely high pressure (in 2019, LaH10 was found to become superconducting at -23 C and 1.7 million atmospheres, and in 2020 a S-C-H compound was found to superconduct at +15 C and 2.7 million atmospheres). Scientists are working to “normalize” superconductors, looking for compounds that would have this property at close to room temperature and a somewhat less terrifying pressure.

Continuing the long-running quest that combined theory and experiment, Skoltech Professor Artem R. Oganov and PhD student Dmitrii Semenok joined forces with the team of Professors Tian Cui, Xiaoli Huang (Jilin University) and PhD student Wuhao Chen. This team has demonstrated superconductivity in CeH9, a cerium superhydride they had discovered earlier in 2019, and in the newly synthesized CeH10.

The authors point out that now binary hydrides are mostly explored. “Now we need to carefully think how to combine the elements to achieve higher-temperature superconductivity at lower pressures in ternary hydrides. We know which elements lead to higher-temperature superconductivity and begin to learn which lead to stability at lower pressures. These are the main notes, but it takes imagination to combine them in a melody,” Dmitrii Semenok adds.

Other organizations involved in this research include Jilin University, Ningbo University, and the Center for High Pressure Science and Technology Advanced Research.