An international research team led by Skoltech and IBM has created an extremely energy-efficient optical switch that could replace electronic transistors in a new generation of computers manipulating photons rather than electrons. In addition to direct power saving, the switch requires no cooling and is really fast: At 1 trillion operations per second, it is between 100 and 1,000 times faster than today’s top-notch commercial transistors. The study comes out Wednesday in Nature. 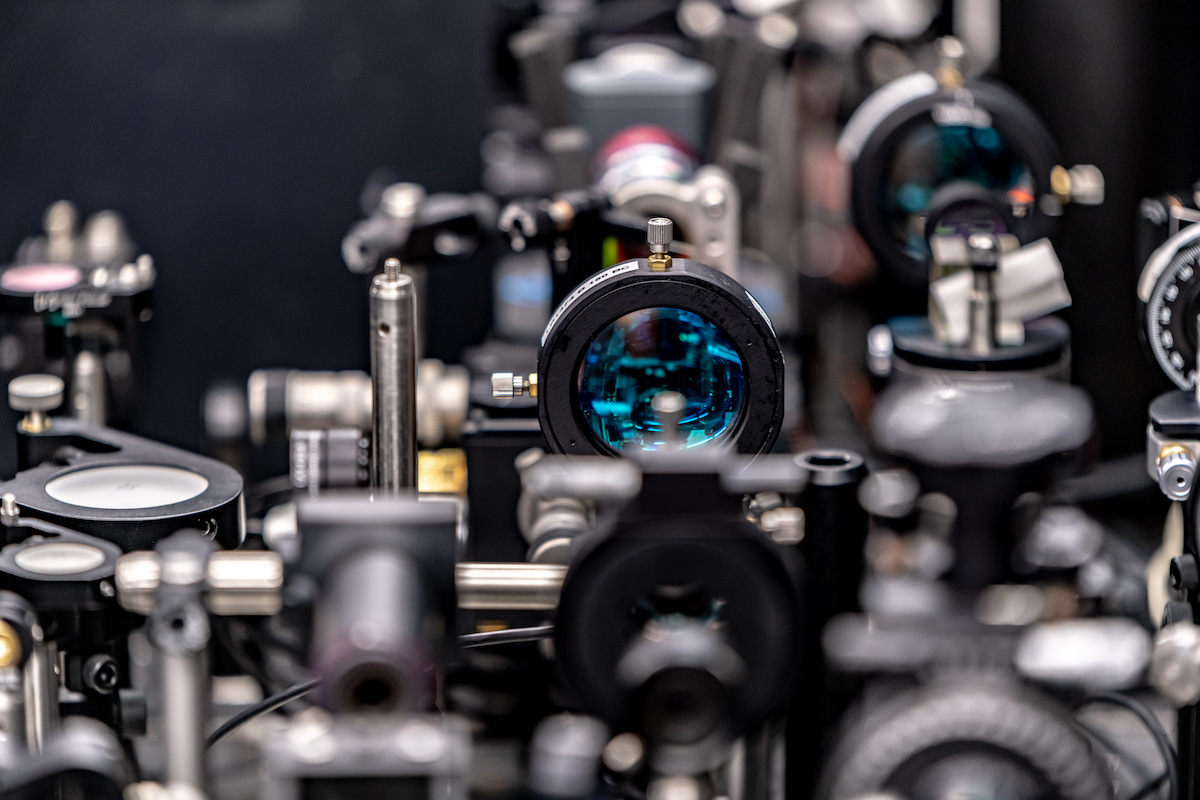 “What makes the new device so energy-efficient is that it only takes a few photons to switch,” the first author of the study, Dr. Anton Zasedatelev commented. “In fact, in our Skoltech labs we achieved switching with just one photon at room temperature! That said, there is a long way to go before such proof-of-principle demonstration is utilized in an all-optical co-processor,” added Professor Pavlos Lagoudakis, who heads the Hybrid Photonics Labs at Skoltech.

Since a photon is the smallest particle of light that exists in nature, there is really not much room for improvement beyond that as far as power consumption goes. Most modern electrical transistors take tens of times more energy to switch, and the ones that use single electrons to achieve comparable efficiencies are way slower.

Besides performance issues the competing power-saving electronic transistors also tend to require bulky cooling equipment, which in turn consumes power and factors into the operating costs. The new switch conveniently works at room temperature and therefore circumvents all these problems.

In addition to its primary transistor-like function, the switch could act as a component that links devices by shuttling data between them in the form of optical signals. It can also serve as an amplifier, boosting the intensity of an incoming laser beam by a factor of up to 23,000.

“There’s still some work ahead of us to lower the overall power consumption of our device, which is currently dominated by the pump laser that keeps the switch on. A route toward that goal could be perovskite supercrystal materials like those we’re exploring with collaborators. They have proven excellent candidates given their strong light-matter coupling which in turn leads to a powerful collective quantum response in the form of superfluorescence,” the team comments.

In the larger scheme of things, the researchers see their new switch as but one in the growing toolkit of all-optical components they have been assembling over the past few years. Among other things, it includes a low-loss silicon waveguide for shuttling the optical signals back and forth between transistors. The development of these components takes us ever closer to optical computers that would manipulate photons instead of electrons, resulting in vastly superior performance and lower power consumption. The research at Skoltech was supported by the Russian Science Foundation (RSF). Besides Skoltech and IBM, the study featured researchers from Dukhov Research Institute of Automatics, MIPT, the RAS Institute for Spectroscopy, NRU Higher School of Economics, Bergische Universität Wuppertal, and the University of Southampton.