It is a known fact that any two people on Earth are only six handshakes away from each other. Out of the millions of connections the world is laced with, we are fully aware of only a few, while others are too complex and barely obvious and can only be traced by analyzing Big Data. A network structure helps get to the core of a phenomenon and look at it from a different perspective. Surprisingly, such seemingly disparate things as intermolecular interactions and social connections, or the Internet and the brain’s neural networks, have a lot in common. Network analysis alone can help diagnose neurodegenerative diseases, but can the study of interactions between protein molecules help understand how viral information spreads through a network? Why do banks need Big Data, and can it help combat fraud and attract creditworthy customers? 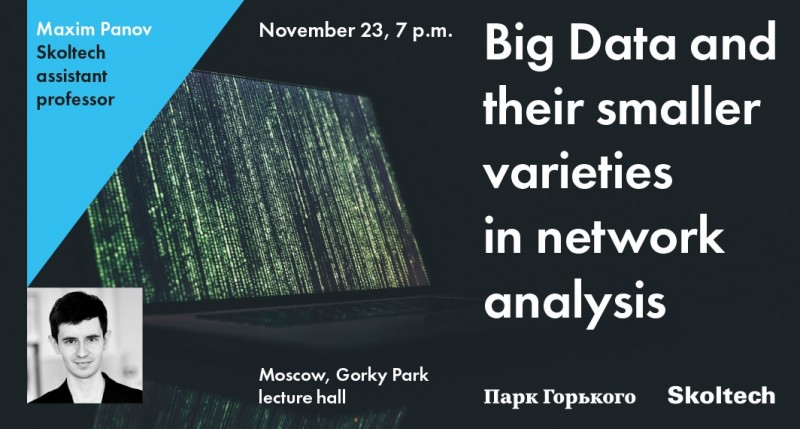 Maxim Panov, assistant professor at Skoltech and coordinator of the Data Science MSc program, conducts research at the crossroads of machine learning (ML) and mathematical statistics. Prior to joining Skoltech, he worked as a research scientist at DATADVANCE where he was involved in developing a library of data analysis methods for engineering applications. The library is currently used by many companies around the world, including Airbus, Porsche, Mitsubishi, Toyota, Limagrain, and others. His current research focuses on network data analysis and methods for estimating the prediction uncertainty in ML models.

Skoltech in Gorky Park − a joint science education project of Skoltech and Gorky Park – features the latest discoveries and world-changing solutions and technologies presented by Skoltech’s top scientists in the iconic Moscow park.

The lecture will be given in Russian. Advance registration is required.