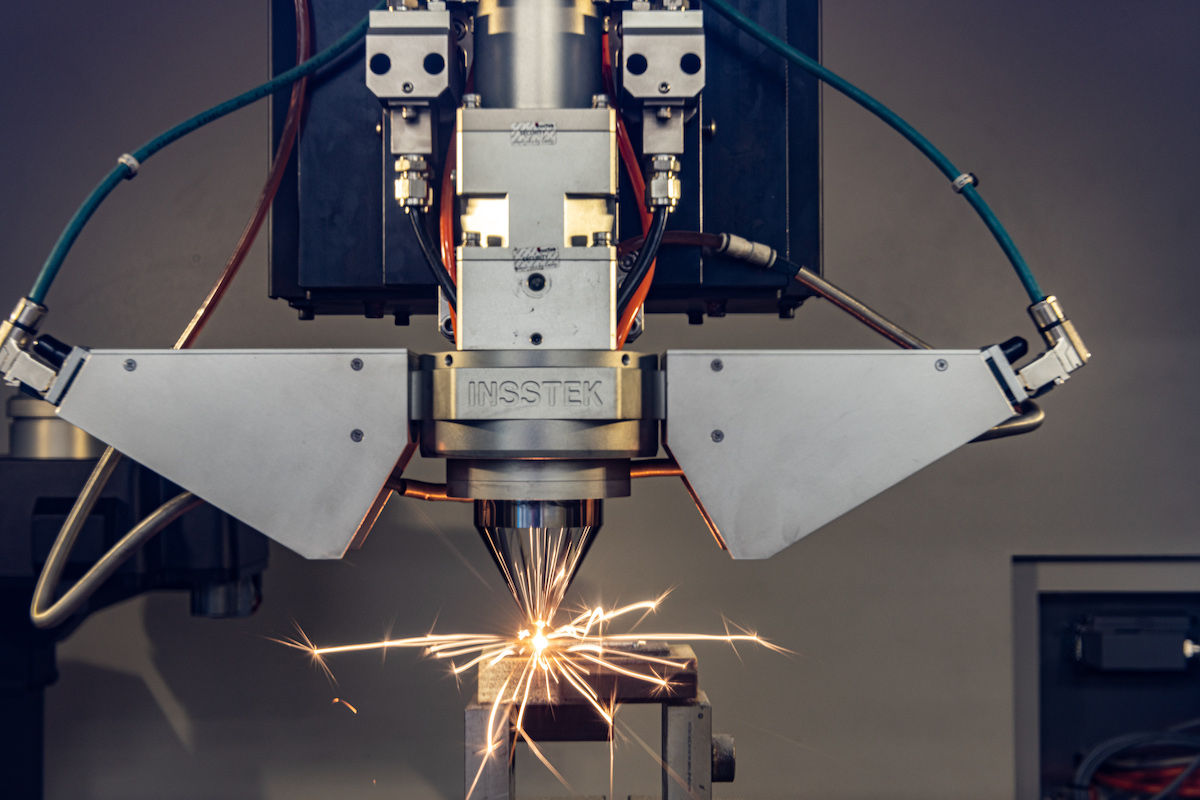 Scientists from Skoltech and their colleagues have used a 3D printer to fuse two materials in an alloy whose composition continuously changes from one region of the sample to the other, endowing the alloy with gradient magnetic properties. Despite the nonmagnetic nature of the constituent materials, the alloy exhibits magnetic properties. Published in The Journal of Materials Processing Technology, the study also offers a theoretical explanation for the phenomenon.

Once perceived as a mere novelty tool for rapid prototyping, 3D printing has grown into a full-blown industrial technology used to produce airplane parts, patient-matched implants and prosthetics, jewelry, and custom-fit shoes, among other things.

The main advantage of 3D printing is the ability to produce objects with very complex shapes that are impossible or too expensive to make with conventional manufacturing techniques, such as casting, rolling, and stamping. The technology also enables faster and riskier prototyping, and greater flexibility in terms of product customization and how many items are produced. And then there’s the added benefit of reduced waste.

One of the limitations of 3D printing is that it tends to use one homogeneous material or mixture throughout the entire item produced. By varying the composition from one part of the item to another, it could be endowed with properties that continuously change.

An example of this would be a rod made of an alloy of two metals whose ratio changes from 100% metal A to fifty-fifty, to 100% metal B, and so on. Provided that the metals in question mix well, without giving rise to defects, the rod’s gradient properties — including magnetic ones — could be technologically useful, for example, for motor rotors, strips for magnetic encoders, or transformators.

The authors of a recent Skoltech-led study published in The Journal of Materials Processing Technology report an experiment where they produced such an alloy. Its two components — the metals A and B above — are themselves alloys: aluminum bronze (copper, aluminum, and iron) and marine-grade stainless steel (mostly iron, chromium, and nickel). Both are technically known as paramagnetic, or “nonmagnetic” in layman’s terms. That is, they don’t stick to a magnet. Yet when they are mixed in equal proportions, the resulting alloy turns out to be a “soft” ferromagnet. That is, it is attracted to “hard” ferromagnets — like the one on the fridge — but does not itself become one.

“We used these two paramagnetic materials to create a gradient alloy with an InssTek MX-1000 3D printer. It employs a technique called directed energy deposition, which involves depositing powdered material from a nozzle and simultaneously melting it with a laser. The resulting alloy exhibited ferromagnetic properties to an extent that depended on the ratio between the two constituent materials,” said the study’s lead author Oleg Dubinin from the Additive Manufacturing Lab at Skoltech. 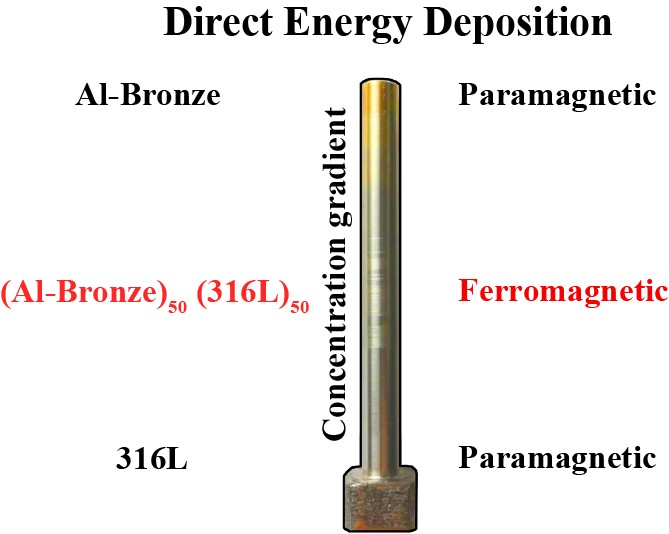 Image. The magnetic properties of the metal rod continuously change from para- to ferromagnetic and back due to the shift in the relative proportions of the two constituent materials: marine-grade stainless steel (labeled 316L) and aluminum bronze (Al-Bronze). Credit: Oleg Dubinin et al./The Journal of Materials Processing Technology

“Our study also provides a theoretical explanation of the emergence of ferromagnetic properties in the alloy in terms of its atomic structure,” the researcher went on. “While the two initial materials have a so-called face-centered cubic crystal structure, their combination results in a body-centered cubic structure.”

In the former, metal atoms sit in the corners of imaginary cubes and on their faces. In the latter, there are metal atoms at the centers of the invisible cubes instead of on their faces. This second arrangement gives the material its ferromagnetic properties.

“Gradient soft magnetic alloys could find applications in machine engineering, for example, in electrical motors,” commented PI Stanislav Evlashin, a leading research scientist at Skoltech. “Our findings show that directed energy deposition is not just a way to 3D-print gradient materials, but also a way to discover new alloys. Besides that, the technology is highly efficient and suitable for manufacturing even large-size parts quickly.”