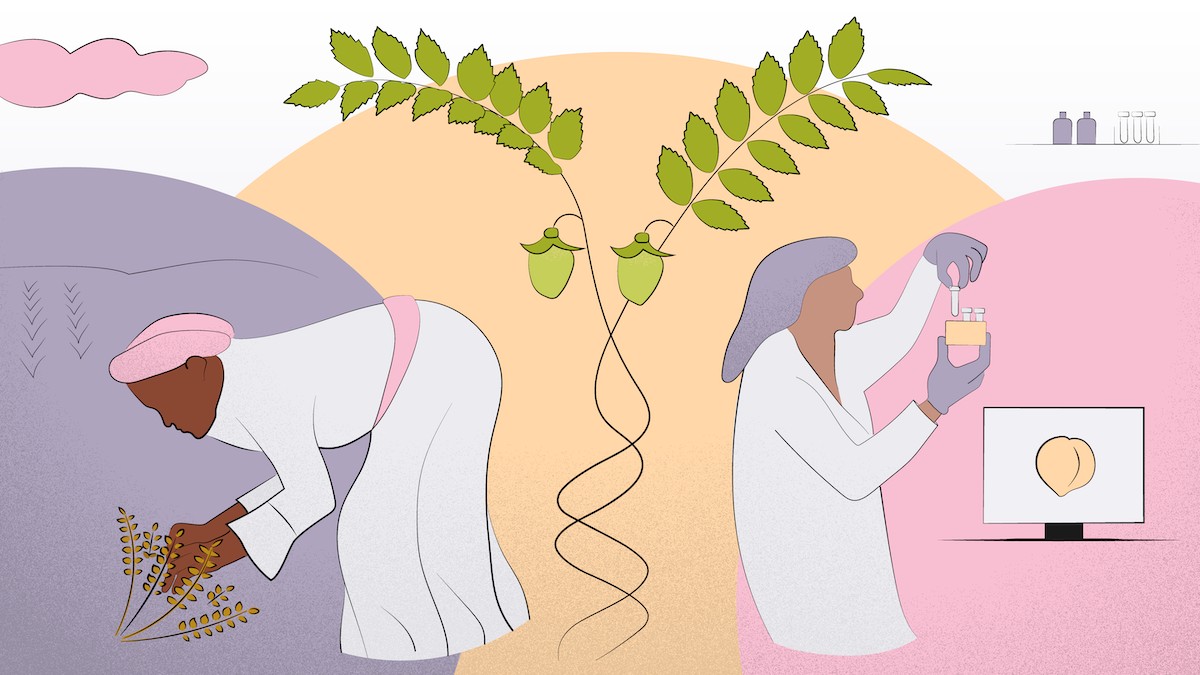 A new study in Nature by an international research team featuring Skoltech researchers has looked at the DNA of over 3,000 chickpea plants, cataloguing all possible genetic variations in the species. The team proposes a breeding model for using that data to enhance the agriculturally valuable traits and ensure genome diversity for maximizing yields and resilience to climate change. Chickpeas are widely consumed in South Asia and Sub-Saharan Africa, among other regions, and are a valuable alternative to animal protein for feeding the world’s growing population.

The chickpea is one of the oldest cultivated plants in the world, which has been grown for about 8,000 years. Its seeds are a staple food in many parts of Asia, Africa, and Latin America, particularly in India, Myanmar, Ethiopia, Mexico, and countries of the Mediterranean. Along with other legumes — such as beans, soybeans, and lentils — chickpeas are a vital source of protein, calcium, iron, phosphorus, and other minerals and vitamins. At up to 25% by weight, the very high protein content in chickpeas is particularly important considering the shift toward lower meat consumption in the developed nations, as well as the fact that plant-based foods will remain the primary source of protein for people in poorer countries.

“The world population is growing and to prevent hunger, we will need to rely on high-quality crops, including chickpeas. By 2050, we will be experiencing protein shortage, and to be able to meet the rising demand, we have to start preparing high-yielding breeds adapted to climate warming now,” explained study co-author Laurent Gentzbittel, who heads the Digital Agriculture Lab and the Project Center for Agro Technologies at Skoltech.

The work of Gentzbittel and his colleagues helps us meet that challenge via genomics-assisted breeding. This means sequencing the DNA of agricultural plants to identify the genes responsible for useful traits, such as high yield and resilience to pests and drought, and using that information to obtain new breeds in a highly focused and purposeful manner: You know which traits you are after and where you can get them, including from which wild relatives of the chickpea.

This brings us to the issue of eroded genetic diversity, which genome sequencing could also help with. When domesticating a species, humans take the individual plants that suit our needs, so we are only getting a subset of the gene pool. Over millennia, breeding further narrows down the genetic diversity due to its selective nature. However, genetic diversity is precisely the reserve a species needs to adapt to new pathogens or rising temperatures, because there is nowhere else that adaptations can come from except from the genes the plants carry.

“Even in the case of domestic chickpeas, there are two very distinct varieties and the cooking habits in any particular country usually favor just one of them. That means they are cultivated and sold practically as two different commodities, and will probably continue to do so. However, it does not prevent us from harnessing the useful traits from one variety and introducing them to the other. Desi chickpeas will still be perfectly recognizable as desi, but potentially with some useful genes borrowed from the kabuli variety, and vice versa,” Gentzbittel added.

The study reported in this story is a large collaborative project that brought together scientists from 40 research centers. Among other things, the Skoltech researchers on the team were responsible for predicting chickpea yield based on the knowledge of the genome using their own previously developed method.