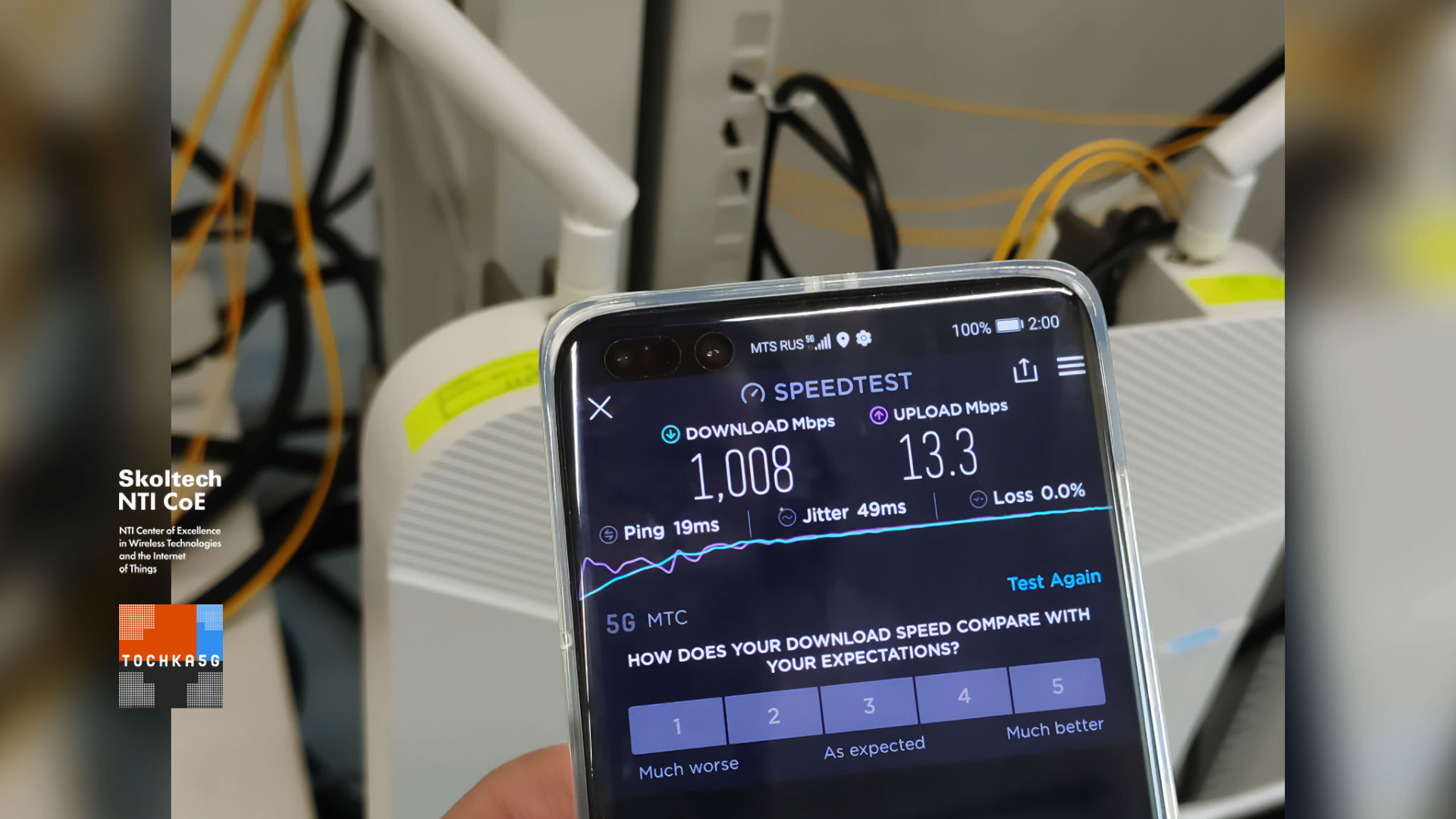 During tests at the Open RAN Laboratory in Moscow, the innovative new solution delivered blistering-fast downlink transmission speeds surpassing 1 Gbps. The demonstration was carried out with an OpenRAN base station and a standalone (SA) MTS 5G network core connected to a commercially-available 5G SA smartphone.
In December 2019, MTS and Skoltech launched a partnership to build locally-developed OpenRAN 5G hardware and software solutions. Open radio access network (OpenRAN) specifications are aimed at increasing market access for a broader array of potential telecom equipment vendors, while making the rollout of next-generation networks faster and more affordable.
MTS CTO Victor Belov commented: “Our partnership with Skoltech has delivered results: in less than two years we have become the first Russian team to implement the OpenRAN concept in a deployable prototype solution. We sourced the hardware from multiple vendors on the open market, while Skoltech developed and delivered the software. Thanks to a flexible and open architecture, the MTS team built an optimally-configured network while insuring the seamless integration of all components. These encouraging results reaffirm our decision in selecting the OpenRAN approach, which, when developed further, will encourage the emergence and adoption of Russian-made telecom solutions, while ensuring robust competition and further supporting a diverse global supply chain of high-tech vendors.”
Dmitry Lakontsev, Head of the Skoltech-based NTI Center of Excellence, said: “Telecom operators were the key drivers behind the global OpenRAN concept. Thanks to the open architecture, operators are reclaiming their freedom to choose optimal solutions when building networks. That’s exactly why the OpenRAN concept is rapidly evolving as a global international project supported by diverse players and even rivals. A consistent advocate of the open architecture in Russia, MTS supported Skoltech’s OpenRAN R&D efforts at a very early stage. Today, it is especially gratifying to see that the Russian solution works perfectly well, as proved by the recent tests.”
The MTS solution was built around an advanced base station featuring modular functionality, which is aligned with the emerging architecture of future mobile and cloud infrastructure. Commercial IT servers with installed accelerators form the core of the base station’s hardware and are connected to an OpenRAN radio module, with data transmission via standard transport networking hardware. The software runs on CentOS, with the Skoltech-designed software components supporting a full 5G stack.