Swirling is observed in large groups of animals at different evolution stages, ranging from fish to insects — the creatures move coherently around the common center of a group. The biological function of this bizarre behavior has long since puzzled evolutionary biologists and systems scientists. 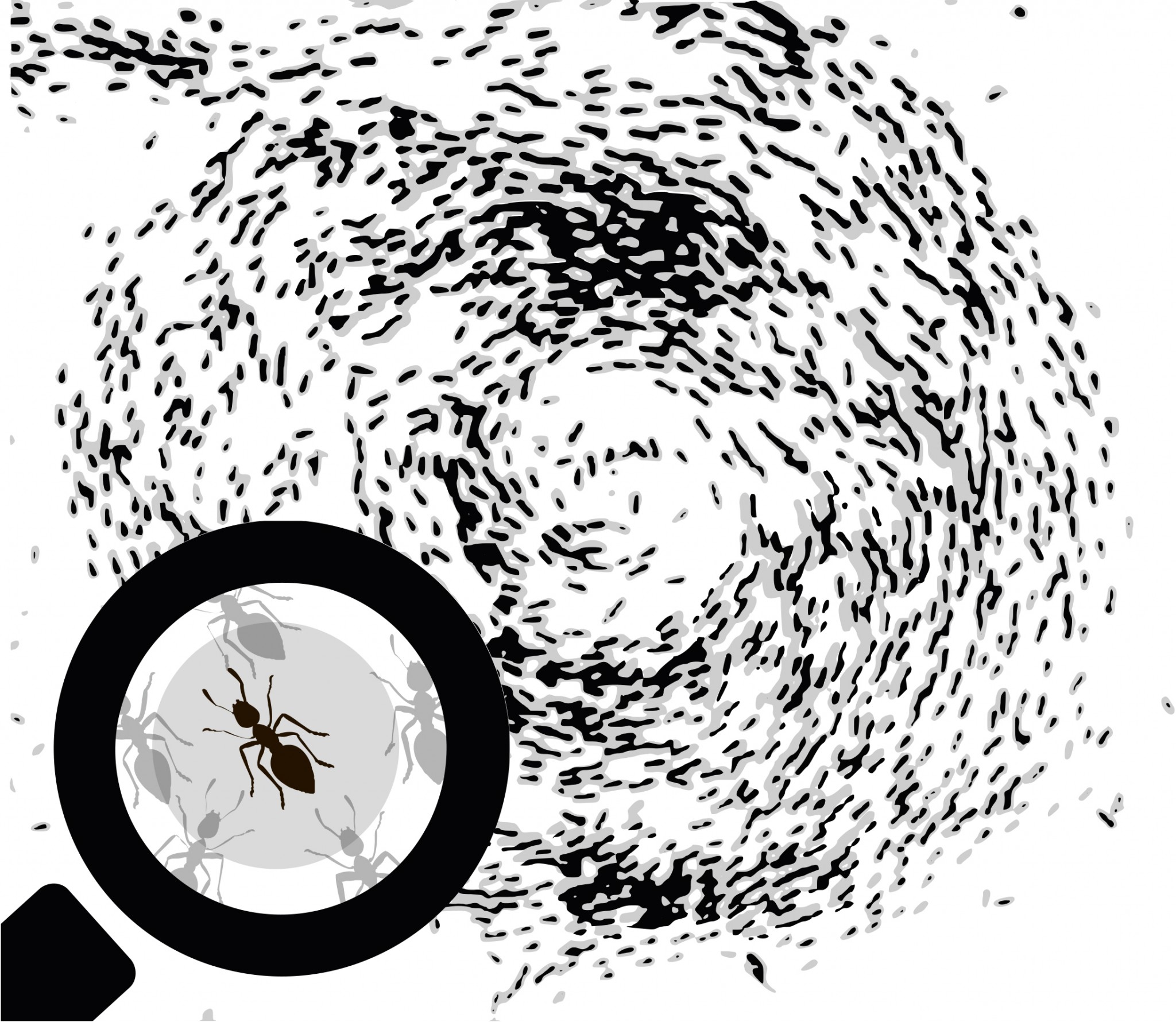 The conventional approach to explaining swirling assumes artificial forces acting between animals, which move together subject to these forces. In contrast to this, the Skoltech researchers proposed an aim-centered model. It is formulated in terms of reinforcement learning, a powerful tool in the AI toolkit.

Based on simple rules and natural restrictions, the beasts in the simulations learned, by trial and error, to achieve the goal of moving together. Namely, they strived to maintain certain distances between each other and to the center of the pack. Surprisingly, this resulted in spontaneous swirling. Even more strikingly, swirling turned out to be essential for survival: It helped the animals resist hazardous external forces such as wind or underwater flows. A group trained for swirling could resist them hundreds of times more effectively than an untrained one.

Figure 2. Optimal grouping for six, seven, and eight birds. Note the asymmetric patterns for odd numbers. While the depicted arrangements minimize energy expenditure, additional factors may be at play in a natural setting, such as protection from predators. Credit: Egor Nuzhin et al./Scientific Reports

Another interesting application of AI in this context is the grouping of animals. Birds migrate in flocks, fish assemble in schools, wolves hunt in packs, etc. Moving together, with an optimal mutual location, could be very beneficial, as it leads to motion with minimal effort. Applying the same aim-centered approach, together with reinforcement learning, the team demonstrated that the animals were able to find the most efficient patterns of locomotion. Those were the linear arrangement for a group of two, triangles for a group of three, a rhombus for a group of four. These and other, sometimes unexpected patterns for larger groups, were found by another independent method, which additionally validates the RL-based approach.

“Realizing full well that everything is built of elementary ‘building blocks of mathematics,’ I can’t seem to stop being astonished by the power of AI methods,” Professor Brilliantov concluded.