Skoltech researchers are forecasting that by 2040-60, Sosnowsky’s hogweed will likely exploit global warming to expand its habitat, threatening to infest almost the entire European part of Russia. Published in Scientific Reports, the study makes it clear that the aggressive poisonous weed has to be watched more closely and controlled.

Heracleum sosnowskyi, as it is known scientifically, is a tall plant with huge leaves and towering hollow stems topped with many white flowers in an umbrella shape. Described in 1944, the species was soon introduced from its native Caucasus to central Russia as an experimental forage crop to restore the war-torn agriculture. It proved to be toxic and cause burns, so its cultivation was abandoned.

But this didn’t stop the tenacious highlander plant from cultivating itself. Hogweed is not afraid of heat, cold, drought, shadow, and it grows on any soil, forcing out other species. If conditions become unfavorable, the weed can delay flowering for years before it finally delivers an average of 20,000 seeds. You get the point — it’s devious.

“People control hogweed with herbicides, root cutting, mowing, covering, flower head removal, and by replacing the it with other vegetation. But the plant is so fertile and unyielding that it takes several years of persistent control efforts to eradicate it,” the study’s first author, Skoltech alumna Diana Koldasbayeva said. “Our study points out that, if left to its own devices, in all likelihood hogweed is going to expand its habitat in the coming decades.”

The study reports hogweed habitat suitability predictions made by a machine learning algorithm trained on currently available data. To make the forecast, the algorithm relies on eight climate and soil characteristics: sand content in the soil, average temperature and precipitation during the wettest month of the year, and so on. The prediction for today matches what’s known about the current spread of hogweed. And the forecast for 2040-60 suggests considerable risks of new territories being infested, possibly up to the continent’s northernmost reaches.

“For the forecast, we examined six ways that the relevant climate parameters may evolve. They correspond to three popular global warming models, each considered for an optimistic and a pessimistic scenario for how well humanity manages to cut down on CO2 emissions. The bottom line is that regardless of the trajectory climate warming takes, almost the entire European part of Russia, barring the northernmost regions, will be at risk of hogweed infestation,” commented a co-author of the study, Skoltech PhD student Mikhail Gasanov from the Institute’s Research Center in Artificial Intelligence in the Direction of Optimization of Management Decisions to Reduce the Carbon Footprint.

Eradicating hogweed from any new lands it might potentially invade is a lengthy, costly, and painstaking process. The new study calls attention to the need for better control and monitoring of this aggressive weed already today, while it still has not advanced too far.

The research reported in this story was supported by the Analytical Center for the Government of the Russian Federation under Grant No. 70-2021-00145. The Research Center in Artificial Intelligence in the Direction of Optimization of Management Decisions to Reduce the Carbon Footprint operates at Skoltech with the financial support of a federal grant of up to 1 billion rubles allocated for the period until 2024. 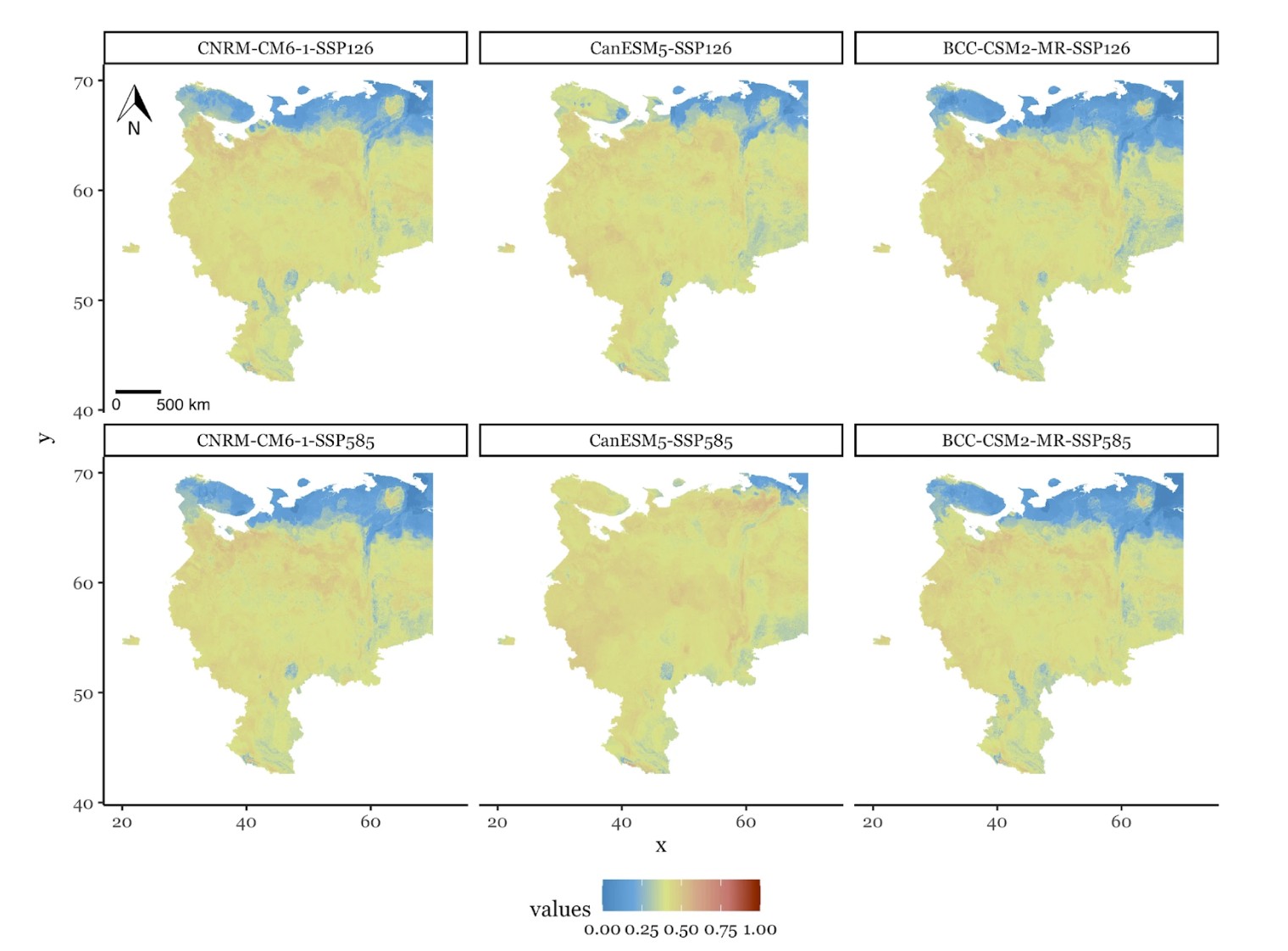 Map indicating the potential spread of Heracleum sosnowskyi (hogweed) by 2040-60 based on the predictions of the model created by Skoltech researchers. The rows correspond to the optimistic (top) and pessimistic (bottom) scenarios of CO2 emission control. The three columns correspond to different climate warming models, whose principal distinction is in how sensitive to atmospheric CO2 concentration they are. Green means there is a significant risk of hogweed infestation, blue means low to no risk. The maps make it clear that the weed’s habitat threatens to expand in each of the cases considered. Credit: Diana Koldasbayeva/Scientific Reports 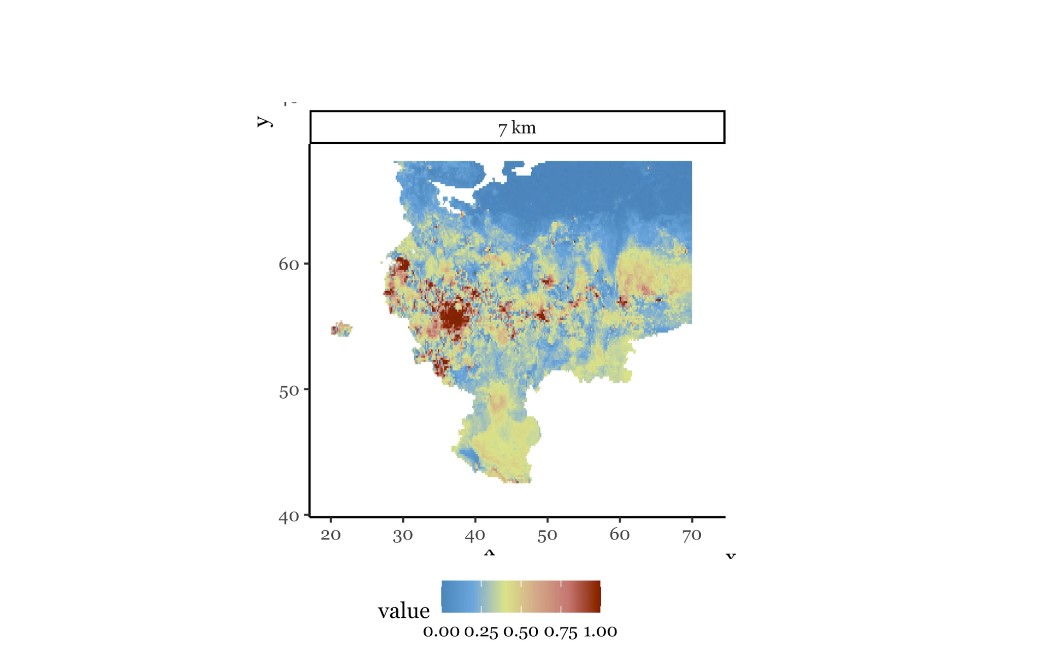 Map indicating the present-day spread of Heracleum sosnowskyi (hogweed) based on the predictions of the model created by Skoltech researchers. Blue denotes low to zero probability of encountering hogweed, green and red denote varying but significant probabilities. This prediction matches the available data of field observations, giving the researchers confidence in their model’s forecast for the future. Credit: Diana Koldasbayeva/Scientific Reports