Researchers from Skoltech, the RAS Institute for Information Transmission Problems, and the Institute of Science and Technology Austria have performed the first systematic study of the genes that allow Shigella bacteria and some strains of Escherichia coli to mess up cells in the intestine, causing infectious diarrhea. The team also found these genes in bacteria from marmots, rats, and sheep, suggesting that animals could spawn a new germ potentially capable of infecting humans. The study came out in Scientific Reports. 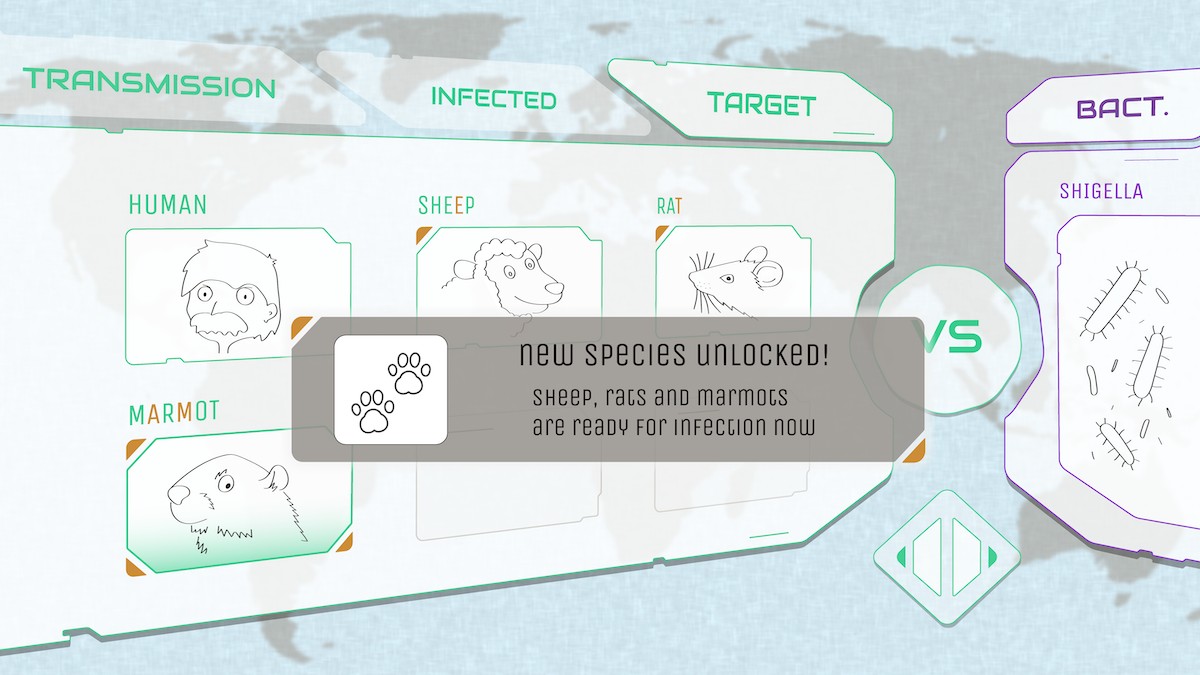 Escherichia coli is a bacterium that lives in your gut, among other places. Most of the strains of E. coli are well-behaved, and they even make themselves useful by producing vitamin K and keeping other germs at bay. A minority of strains are different, though. They are not content to just chill in the gut; instead, they break into cells, wreck things up and cause infectious diarrhea. These so-called enteroinvasive E. coli have a relative called Shigella, which does roughly the same things and is usually considered more dangerous.

Until recently, only humans and other primates were known to contract Shigella infections naturally. Scientists have managed to infect chickens and pigs in labs, but that was, well, not natural.

What makes Shigella and the enteroinvasive E. coli so depraved is that at some point in their evolution these microbes picked up a devious gene pack encoded on a plasmid. It’s sort of like a bonus DNA kit with new abilities — in this case the ability to invade a host cell and mark its proteins for destruction.

Now, researchers from Skoltech and their colleagues have undertaken the first systematic analysis comparing the genes of 127 Shigella strains and two invasive E. coli strains.

The study’s lead author, Natalia Dranenko, who is a PhD student at Kharkevich Institute and an MSc alumna of Skoltech, said: “First of all, the set of genes proved to differ a lot between the strains. Since all of these strains are known to cause disease, we can conclude there is a lot of redundancy in the ‘devious gene pack.’ There’s more than one way to, you know, disrupt a cellular process, and there appear to be many individual genes at play, each enabling the germ to mess up a different protein involved in one and the same process. It’s not necessary for a bad bacterium to have all of them.”

Understandably, a successful infectious bacterium will have genes in both categories: those for disrupting the cell from the inside as well as those for invading it in the first place. The latter were not the focus of the study, though.

The team also found the genes responsible for messing up the invaded cells to be marked for horizontal transfer. It means these genes are preceded and followed by special tags that usually highlight the useful genetic code microbes might want to exchange with their peers. This transfer mechanism is a nasty way for previously harmless bacteria to mutate into brand-new strains of infectious germs, and we all have an idea of what might happen next.

The scientists searched genetic databases to find where else the “devious genes” might come up. That way they discovered four “beastly strains” — putative infectious Escherichia from marmots, rats, and sheep.

“We found some of the bad genes in the bacteria from all three animals,” study co-author, Senior Research Scientist Maria Tutukina of Skoltech commented. “For all three species, only fragments of the ‘devious gene set’ were observed, and the fragments in each case were different. That said, since the germs had actually managed to survive in nonhuman animals, the infection mechanism must have been functional at least in part.”

One of the beastly strains, which lived in a marmot, looks scarier than the others. In fact, marmots are notorious for serving as reservoirs for ghastly infections — such as plague — which humans can get from flea bites. The bacterial variant of concern contains a gene responsible for synthesizing a disruptive protein that turned out to be almost identical between the marmot and the human Escherichia.

“One possible explanation is that this strain might have originally targeted humans and marmots might have picked it up from us,” Tutukina speculated. “In the worst case, it might make a comeback in humans, bringing new genes it’s evolved in the meantime to the table.”