A Skoltech research team made a systematic review of publications on in vitro biocompatibility of carbon nanotubes and identified the manufacturing parameters that could make them safe for living organisms. The scientists selected about 200 papers published over the past 20 years and performed a statistical analysis of the reported research. It turned out that carbon nanotubes used as substrates are safe for living cells and, therefore, could be used for wearable, implantable and textile electronics. The paper featuring the team’s findings was published in the journal RSC Advances. 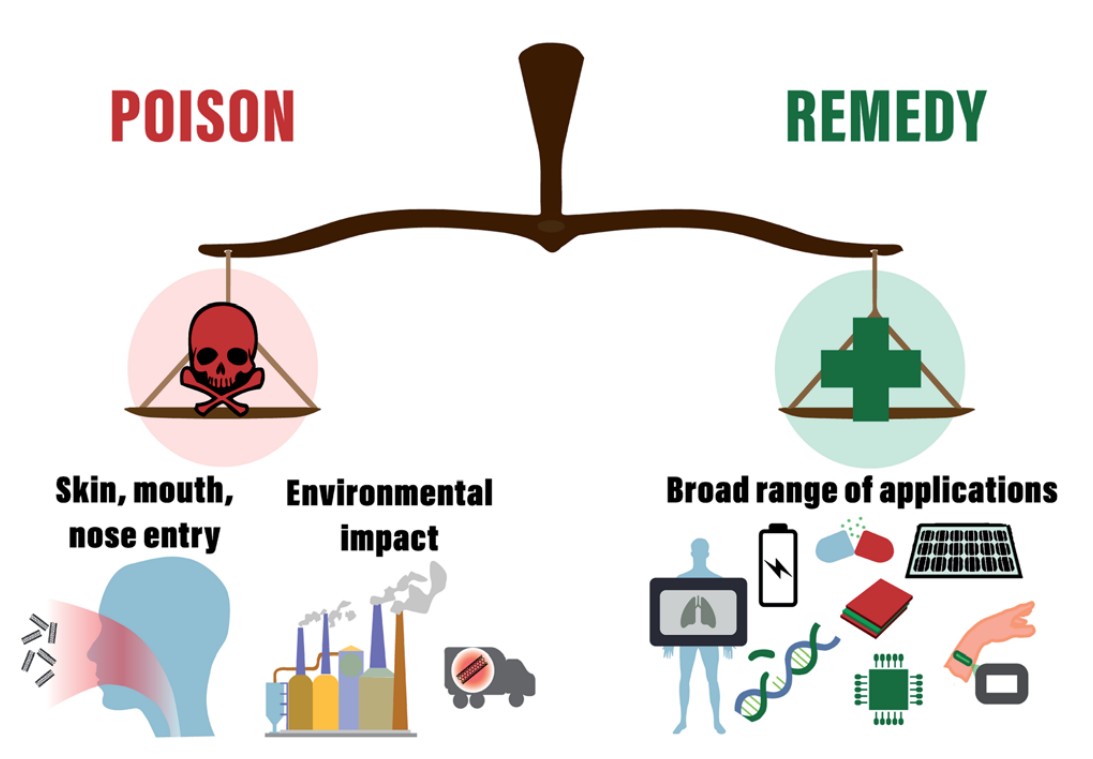 “All things are poisons, for there is nothing without poisonous qualities. It is only the dose which makes a thing poison,” Paracelsus said. “We believe this is true for carbon nanotubes, too,” the authors add

Carbon nanotubes (CNTs) hold much promise for biomedical applications: tissue engineering and regeneration, targeted drug delivery, selective cancer cell destruction, bioimaging, and much more. This is possible  because of the unique combination of CNT nanoscale dimensions and their exceptional mechanical, optical and electrical properties. Over 20 years ago, scientists succeeded for the first time in connecting nanotubes to neurons, one of the most sensitive biological systems. Although their study marked a starting point for further research, some controversial results followed: while some studies revealed only positive effects, others pointed to the toxicity of the material.

“This has led to a paradox: scientists undertook multiple experiments to study the toxicity of CNTs, but the toxic doses still remain obscure, and reports on biological effects vary greatly. So we decided to review a huge bulk of research in order to pin down the key parameters that influence toxicity,” Skoltech PhD student Margarita Chetyrkina explains.

In their review, the team focused on the papers dealing with CNT toxicity for human and other mammalian cells and selected 194 publications for further analysis. To organize the published data, the researchers introduced additional parameters for comparison: cell type, toxicity test used, incubation time, type of contact between nanotubes and a living system, and geometry. The team used the data to perform a statistical analysis that yielded several important conclusions.

It was found that CNTs placed on a substrate are safe for cells: in 90% of studies, human and mammalian cells grown on CNTs survived and did as well as those in the reference group. This prompts a bold conclusion that CNTs can be safely used in wearable and textile electronics and implants for muscle and nervous tissue.

The tests of CNT dispersions produced less unambiguous results, revealing substantial contributions of the dose, incubation time, and differences in formulations. Yet, several studies showed that, under certain conditions, dissolved CNTs are suitable for targeted drug delivery, chemotherapy, biosensor research, and tissue engineering. However, further research is required to find out how the material interacts with living systems.

“We hope that our review will help researchers to gain a deeper insight into the toxicity and biological applications of nanotubes, as well as plan their experiments, for instance, choose the suitable type of carbon nanotubes or cells or the appropriate cytotoxicity test,” the authors conclude.

Development of a CNT-based micromaterial, or the so-called fibers, is among the far-reaching projects pursued by Albert Nasibulin’s Laboratory of Nanomaterials at the Skoltech Center for Photonic Science and Engineering. The Lab team has already tested these flexible conductive microfibers using a wrist device to track the heartbeat. In the future, the team plans to create biocompatible electrodes and record the electrical activity of neurons and muscle cells. However, to do this, the researchers had to find out whether “the devil is as black as he is painted”, that is, to deal with the toxicity of nanotubes. This is exactly what they tried to do by creating their review.