Researchers from Skoltech and McGill University and their colleagues have trained a machine learning algorithm to predict the survival rate of patients admitted to intensive care with COVID-19 using blood test results. Based on the levels of 15 biomolecules measured with a technique called targeted mass spectrometry, the algorithm could predict patient survival with 92% accuracy. Reported in Molecular & Cellular Proteomics and featured in the journal’s newest research highlights, the findings have implications for triage, a situation when doctors are overwhelmed by incoming patients and have to make tough choices about allocating medical attention. 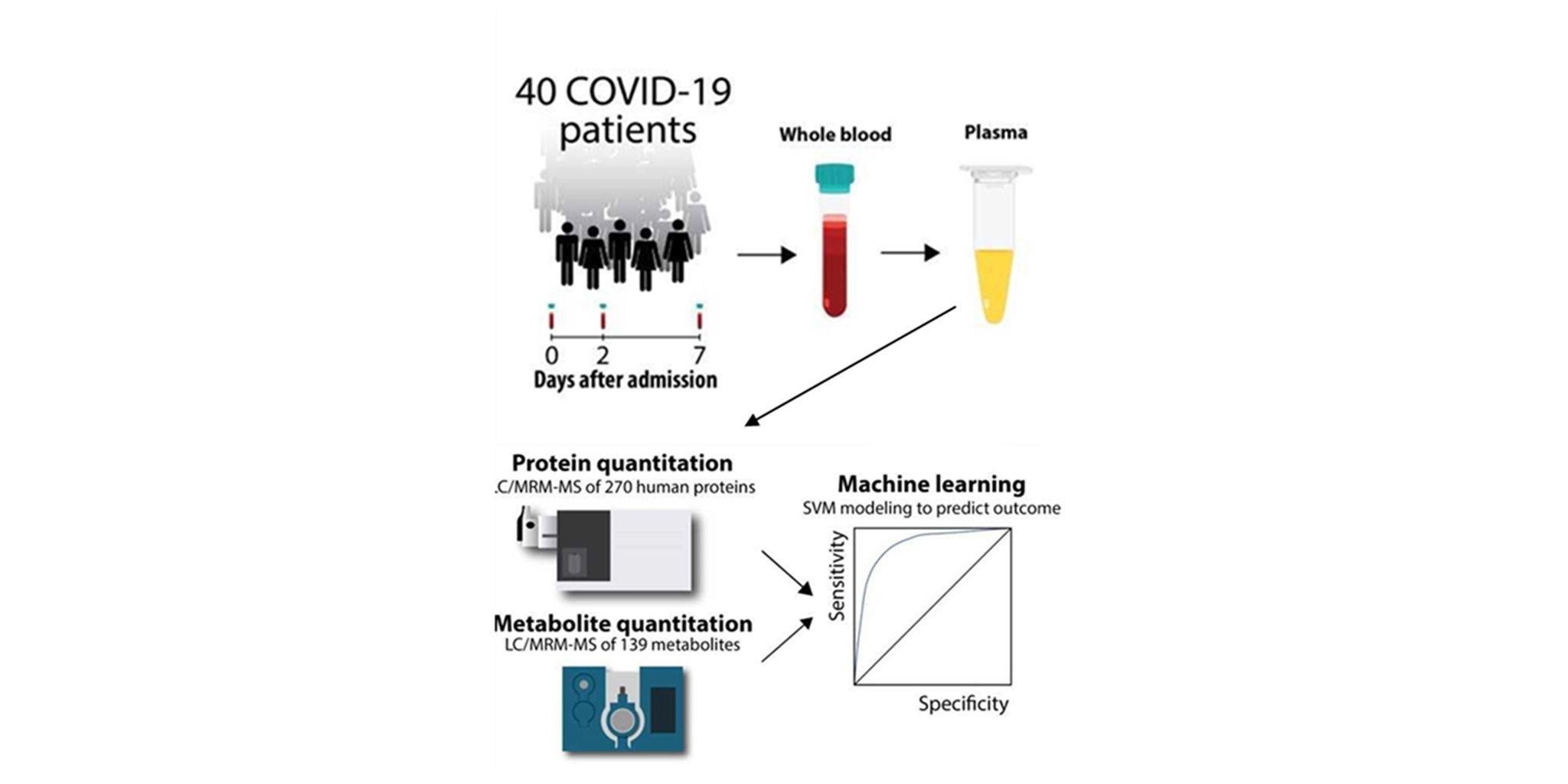 Graphical overview of the study. Blood plasma samples from 40 patients were taken upon admission to intensive care with COVID-19, as well as on days two and seven. Quantitative mass spectrometry revealed the concentrations of 270 proteins and 139 metabolites. Since the outcome of each case is known in retrospect, these data allowed the researchers to train an artificial intelligence algorithm for predicting disease outcome based on blood test results. Credit: Vincent Richard et al./Molecular & Cellular Proteomics

“When a health care facility is overloaded, physicians require methods for quickly estimating case severity and predicting possible complications. By making such projections, for example based on omics data, physicians can then optimize treatment and deliver timely emergency care to the patients who are most at risk. This is where our solution comes in: AI assists in estimating case severity based on omics data derived from blood tests and helps the doctors predict possible complications, including death,” the study’s principal investigator, Professor Evgeny Nikolaev from Skoltech Bio, commented.

Nikolaev and his colleagues examined the data on several hundred patients whose survival outcome is known in retrospect and who had their blood samples taken on the date of admission to intensive care. Detailed proteomic — and metabolomic — profiles in the blood plasma were analyzed. “We also looked at the levels of metabolites. These are fairly small molecules that have decent predictive power, too. As a result, a set of 10 proteins and five metabolites was selected, according to which an artificial intelligence algorithm can very accurately predict the survival of a patient immediately at the time of their admission to the intensive care unit,” Nikolaev said, adding that there’s always room for subjective judgment on the part of the physician.

Skoltech Senior Research Scientist Alexey Kononikhin commented: “The protein panel that we identified was validated on data from the European clinics Charité and Innsbruck and our predictive model showed good accuracy (more than 80%) in predicting the fatal outcome in patients.”

Led by Nikolaev, the Skoltech Laboratory of Mass Spectrometry develops mass spectrometers and creates new methods for their application in diverse areas of science, primarily in biology and medicine. Previously, the team devised a mass spectrometry-based method for rapid and reliable detection of coronavirus infections.

Besides Skoltech and McGill, the study reported in this story featured researchers from MRM Proteomics Inc. and Leiden University.