A research team from Skoltech, Aalto University, and Kurnakov Institute has recently developed a new, versatile and simple approach to using carbon nanotubes for manufacturing carbon nanotube-polymer nanocomposites. The method is reported in Carbon and involves making briquettes — dense packages of carbon nanotube powders. Nanocomposites made with briquettes perform equally well as those made from the more expensive masterbatches, which are also polymer-specific — that is, less versatile. 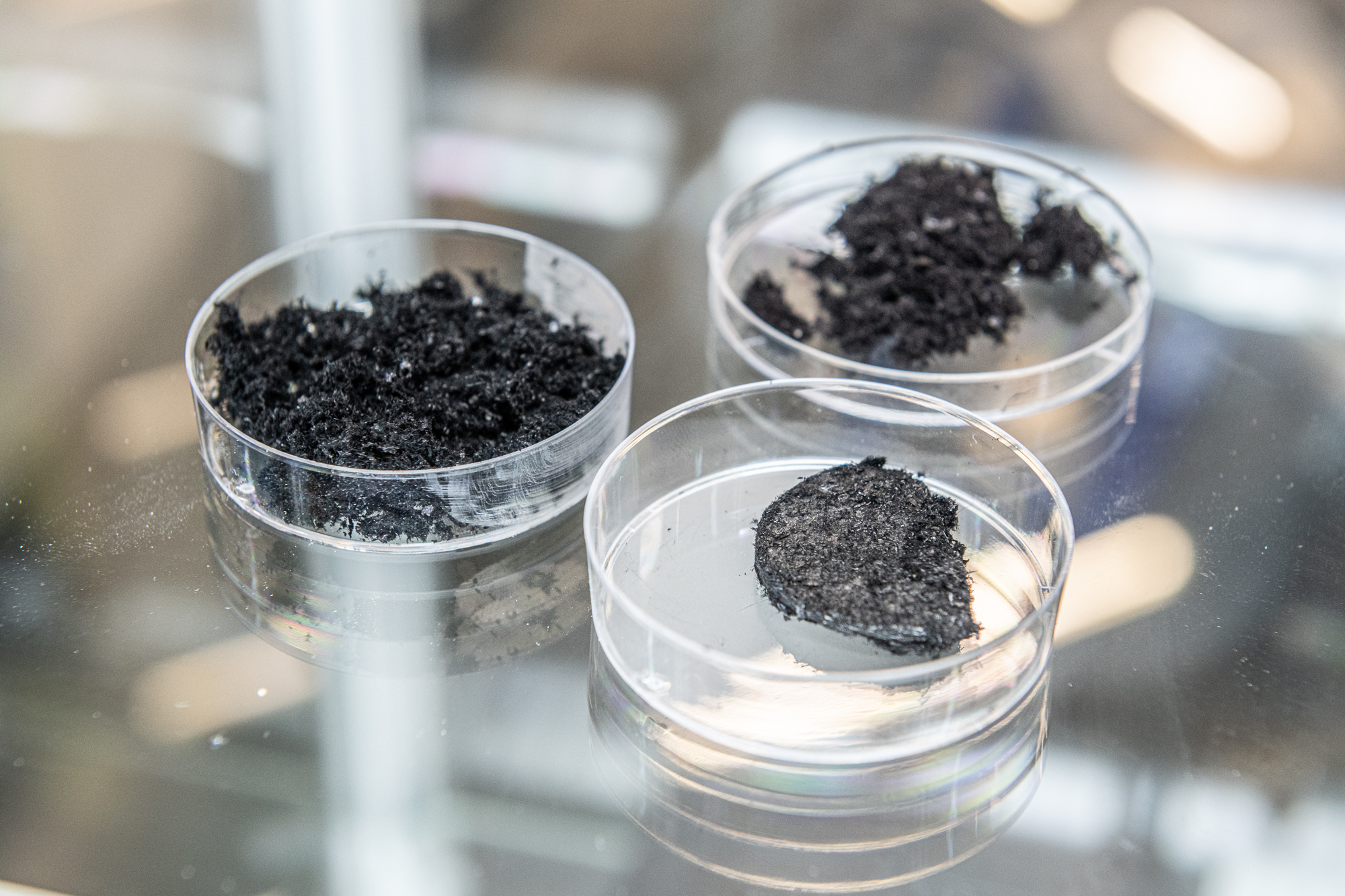 Photo. Carbon nanotube powders of varying density for polymer nanocomposite manufacture. The study showed the resulting composite material quality to be the same, regardless of which powder is used. That said, denser powder is more convenient in production. Credit: Timur Sabirov/Skoltech

“We believe the use of dense briquettes of carbon nanotubes can significantly facilitate the development of the carbon nanotube composite industry. This technique is cheap and applicable to a broad variety of polymer matrices, without sacrificing any of the electrical and thermal properties of the final material,” the lead author of the study, Skoltech PhD student Hassaan Butt, stated. 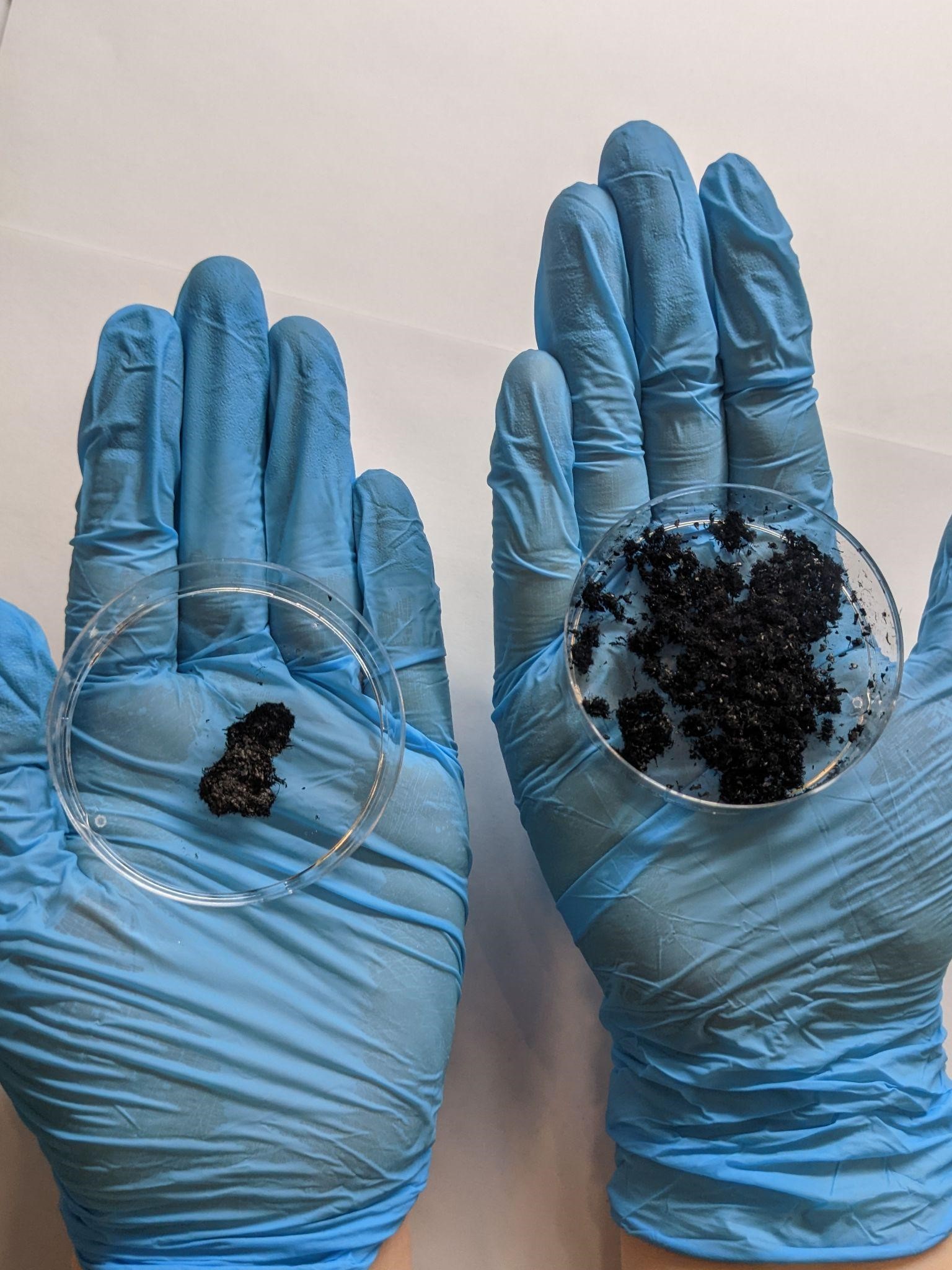 Photo. Compressed and expanded carbon nanotube powder for polymer composite manufacture. The study showed the resulting composite material quality to be the same, regardless of which powder was used. That said, the dense powder is more convenient in production. Credit: Hassaan Butt/Skoltech

In the last decades, carbon nanotubes have been intensively investigated by researchers from academia and the industry because of their unique combination of electrical, thermal, and mechanical properties. Meanwhile, polymer-based nanocomposites have come to be the largest carbon nanotube application and the one closest to widespread integration into everyday life. It is easy to understand why: The smallest amounts of nanotubes added to a polymer endow the material with fundamentally new properties, such as electrical conductivity and piezoresistivity, as well as crucially enhancing its thermal and mechanical properties. 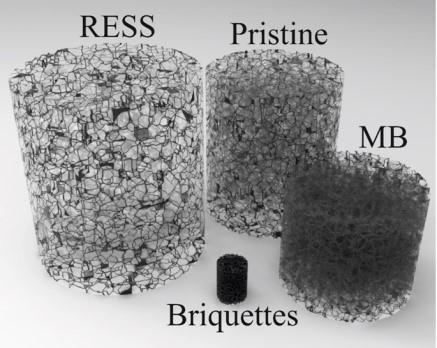 The recent study in Carbon began as an attempt to address the challenge of achieving sufficient carbon nanotube dispersion within a host polymer to attain optimal composite properties. To this end, Skoltech researchers and their collaborators from Kurnakov Institute investigated the method for rapid expansion of supercritical solution (RESS) of nanotubes, which leads to their deagglomeration. However, it did not yield any improvements in the ultimate properties of polymer nanocomposites. The team decided to explore the implications of this from the opposite perspective.

Image. Advantages of the use of briquette-packed carbon nanotubes for manufacturing polymer nanocomposites over the available alternatives. Credit: Hassaan Butt et al./Carbon

Study co-author and one of the main contributors, Skoltech PhD student Ilya Novikov, explained: “Having realized that rapid expansion produces a tenfold decrease in the bulk density of the nanotubes but does not improve composite properties, we thought, why don’t we do the opposite thing and compress the powders instead. What if compression does not impair the material’s performance?” The reason this would be exciting, he added, is that higher density means greater convenience and fewer safety hazards in manufacture due to unwanted nanotube aerosolization.

This way the authors switched to a completely different line of work, and the study came to be focused on the effect of carbon nanotube powder density, or preconsolidation degree, on composite functional properties. To increase bulk density, the researchers pneumatically compressed pristine nanotube powders. After this, the team thoroughly investigated the properties of epoxy nanocomposites fabricated from four types of carbon nanotube powders: expanded (RESS), pristine, compressed (briquette-shaped), and commercial masterbatches — the latter are nanotubes additionally predispersed in the polymer by the manufacturer. Unexpectedly, all the studied properties, including morphology, electrical conductivity, thermal conductivity, and stability, proved to be the same, regardless of nanotube bulk density.

“Surprisingly, we found that the electrical behavior was actually identical for all the obtained composites. Then we revealed the same for thermal properties. We attributed this to similar spatial distribution of the nanotubes in epoxy. What’s most remarkable here is that the quite expensive and polymer-specific commercial masterbatch turns out to provide the same properties as our briquettes. Moreover, on the other hand, they are much easier and safer to handle, compared to pristine and expanded powders,” the study’s principal investigator, Skoltech Professor Albert Nasibulin, commented.

Carbon nanotubes are such an ultralight material that aerosolization and the associated safety risks for the personnel are an essential problem for nanocomposite production. It can be avoided, the authors propose, by utilizing briquettes, which thus amount to a cheap, simple, and scalable solution for simplifying the use of carbon nanotubes in the laboratories of academia and industry, which sprang from an attempt to address a completely different issue.