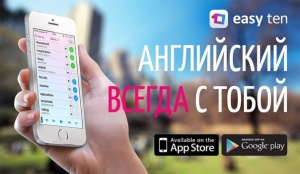 Easy Ten is an English learning mobile application which assists  on-the-go people with limited time for studying. As its name implies, it helps learners to quickly increase their vocabulary by encouraging them to learn 10 words per day.

“During the acceleration period at IIDF the team enhanced its business-model by adding a b2b-component which helped triple profits (ARPU),”  says Pestrov, an M.Sc .student who has recently joined the IT track at Skoltech who is the co-founder of Easy Ten and lead iOS developer of the project. “Currently Easy Ten’s revenues are three times higher than what it spends on attracting users. Moreover, the project is planning a business expansion through adding a hundred new language pairs.”

The buzz around the young company has reached frenzy levels in Russia earlier this month. When Easy Ten’s managers attended the “Internet Entrepreneurship in Russia” Forum in Moscow they were in for a surprise: a pledge of support from the Russian President himself. Vladimir Putin promised to provide the startup state assistance in teaching Russian to foreigners. 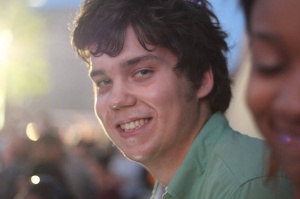 “We are going to use the money to develop our product, create a version for tablets and introduce new languages.” says Dmitry Zarjuta,  Easy Ten’s co founder and CEO. “We want to become a global service operating in more than 20 countries and offering more than 100 languages.””.

The announcement comes hot on the heels of news that ImageAiry, another company founded by Skoltech students, will receive $40,000 USD in seed funding.

The idea to create a mobile language learning app which asks users to make a small but committed effort every day was conceived by Dmitry Zaryuta in 2011. Zaryuta teamed up with Pestrov, and they started working on the actual product. Nine team members currently work on the project. 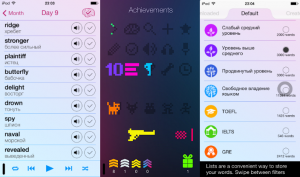 A screen shot of Easy Ten’s menus and functionalities