When the face of Anastasia Tyurnina appeared on the giant screen at Startup Village’s main stage, her photo seemed to be beaming with pride. The young Russian physicist has an excellent reason to be content: Tyurnina is the winner of this year’s Science Drive. Dpozens of contenders huddled on the stage in Moscow, but Tyurnina received the news over Skype from France. Now she will be travelling to Manchester, UK, work for two years under the leadership of renowned physicist sir Andre Geim – then return to Moscow to work at Skoltech in September 2015. 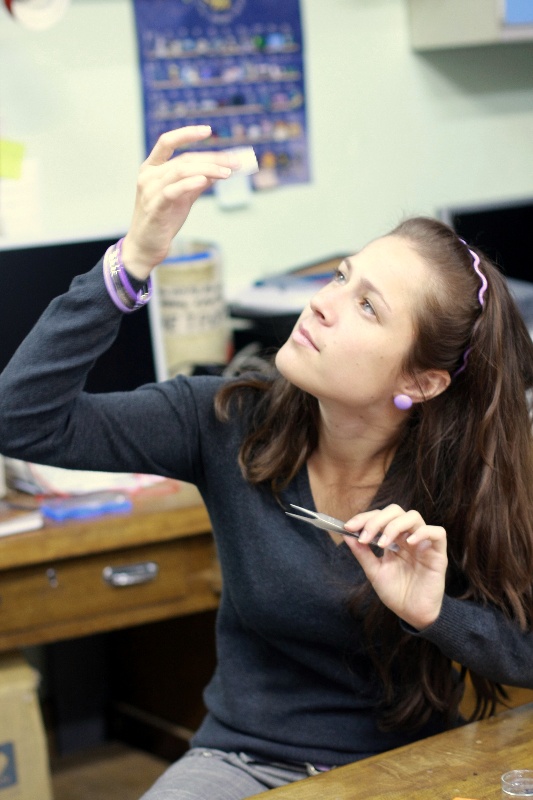 The selection was announced on the main stage at Startup Village 2014. An expert panel chose her from a list of candidates, all of whom researchers specialized in experimental condensed matter physics. Tyurnina completed her PhD titled “Carbon materials grown by PECVD: microdiamond crystals and nanodiamond film, forest of graphite flakes and graphite nanofilms, graphene; its transfer and characterization” at the Lomonosov Moscow State University (MSU). She holds a postdoc position at CEA/LITEN, Grenoble, France where she specializes in large scale graphene growth for TCF application.

The recently announced Science Drive program is aimed at supporting the professional development and research initiatives of talented young Russian scientists. Skoltech’s Center for Quantum Materials along with Skolkovo Open University (OpUS) and the Skolkovo Foundation coordinated the application and selection process. 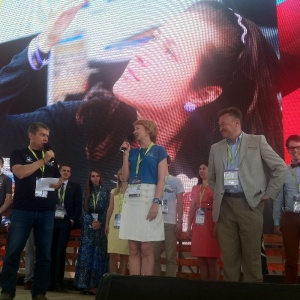 Prof Natalia Berloff and Dmitry Kharzeev announce the winner for this year’s Science Drive at Startup Village’s main stage. In the background: the winner 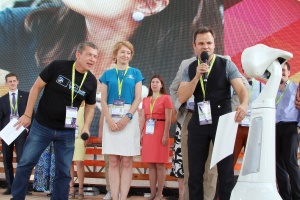 Inside this strange-looking robot hides Anastasia Tyurnina, winner of Science Drive 2014. In fact it was just the organizers’ way to broadcast Tyurnina’s voice, as she spoke over Skype from France.  The robot was manufactured by Wicron, a resident start up with Skolkovo (wicron.com)