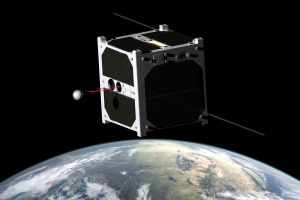 1U CubeSat ESTCube-1, developed mainly by the students from the University of Tartu, carries out a tether deployment experiment on the low Earth orbit. Image courtesy of Wikipedia

For those who are interested in the rewarding challenges offered by space systems engineering and the need to popularize these highly complex technologies and make them accessible, we invite you to back-to-back guest lectures by Dr. Rick Fleeter (Brown University and La Sapienza, Rome). “Only with infrastructure can we put space in reach of everyone,” Dr. Fleeter claims.

1. The Long and Winding Road: Making space for Everyone

1. The long and winding road: making space for everyone

I founded AeroAstro 26 years ago, having begun working on small amateur satellites in the ’70s, to build satellites in a different way, a more efficient way.  The technologies enabling low cost space or “Microspace” take advantage of scaling to smaller size, mass, dimension and complexity as is true of every engineered product. Still not only is Microspace not widely understood nor accepted but beyond its engineering challenges lies another greater obstacle, the mission mindset, our agenda in space.

Through executive level discussion of the system engineering of the mission, it’s architecture and subsystems I will illustrate the contrasts between conventional and low cost approaches to space.  The obstacles to making the benefits of space accessible to a much broader builder and user base will also be addressed along with some unreliable but hopefully interesting predictions of how the future of accessible space will unfold.

We are immersed in low cost, high performance products.  Smart phones communicate globally and access the internet for 99€, a car to drive across Europe for under 7000€, 2000€ for a small box (a heat pump) that heats your home all winter and cools it in summer, and wide screen viewing of films, sports, news, for the price of a 300€ television and a digital terrestrial antenna.

Infrastructure makes all that possible.  The 1100 km drive from Vienna to Rome without roads, without bridges, without filling and service stations without restaurants, without cell phone or radio, without lighting or even a map becomes just you, your vehicle, a compass and 1100 km of hills, mountains, rivers and forests.  You will need amphibious and off-road capability, tools for clearing trees and boulders, sufficient fuel for 1100 km of off-road range (figure thousands of liters), all the food, clothing, camping, survival and medical gear, weapons for killing animals for food and possibly self defense, to survive probably a month completely out of touch with civilization.  Plus a compass, sextant, star maps, highly accurate time keeping.  If something breaks, you must carry redundant systems and repair tools, backups of everything.  You will need a crew that knows how to use all that stuff and a management structure to run the enterprise.

This is how every space mission has been done since Sputnik..

Our low cost gadgets are merely interfaces to an infrastructure so rich and so ubiquitous that we have ceased to even notice it.  Until we launch into space, where there is none.  Every satellite, even a student-built 1 kg hold it in your hand cubesat, must communicate 1000 km back to it’s own ground station.  It must measure its own orbit, its own attitude.  With no place to plug-in, it must make and store all of its own electrical power.  It is vulnerable to space debris because there is no public health system to keep space clean.

What would space look like if instead of remaining the land of rugged individual pioneers, it became a community welcoming new inhabitants with a range of services they could simply plug into?  It would be much cheaper to inhabit, much simpler to do things in.  It would no longer require a team of experts working for sophisticated companies to get to and to operate in.  Communications would be no harder than your home wifi connection. Navigation like driving with a GPS.

What I have learned in a career working to lower the cost of spacecraft, is that space is still incomparably more expensive, and its cost and complexity keep most of the world out.  Only with infrastructure can we put space in reach of everyone. 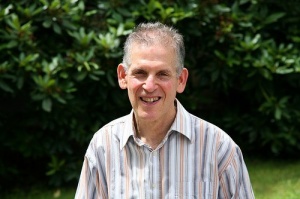 Dr. Rick Fleeter is Adjunct Associate Professor of Engineering at Brown University,Providence, RI, USA, and Visiting Professor in the faculty of aerospace engineering at La Sapienza Rome, Italy. In 1988 he founded and was for 21 years President of the small satellite company AeroAstro (USA), during which time he also co-founded Encounter 2001 and created the International Small Satellite Organization (ISSO) and Space Horizons.

He has been responsible for the development of over 25 miniature satellites ranging from 1 to 110 kg. He created and produces the annual one day Space Horizons emerging technologies Workshop at Brown University. Rick is a founder and partner in Space.Point, a space systems database company based in Rome.

Rick has written the only two books dedicated to small satellite technology and management, Micro Space Craft and The Logic of Microspace, and coauthored Space Program Management (all with Springer). He has contributed microspace chapters to encyclopedias and textbooks including Space Mission Engineering, Space Mission Analysis and Design and The Wiley Encyclopedia of Aerospace Engineering. Rick holds PhD and AB degrees in Engineering and Economics from Brown University and MSc in aerospace engineering from Stanford University. Rick was born in Cleveland, Ohio, USA, September 7, 1954 and holds US and German Citizenship and passports. He is a native English speaker fluent in Italian