We are pleased to invite you to the Skoltech Seminar.

And this week: “The DLR Institute of Aerospace Medicine – Ready for the Future”. 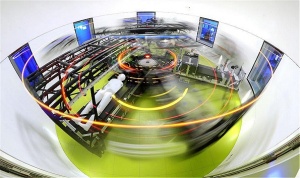 Research facility at the DLR Institute of Aerospace Medicine

To prepare for future challenges of human spaceflight and to better link space and terrestrial medicine, the Institute of Aerospace Medicine of the German Aerospace Center has recently opened a novel research facility termed :envihab (www.dlr.de/me/envihab). This facility contains a worldwide unique combination of laboratories for studies on humans and can serve as a terrestrial analog facility to space stations. In addition, a local, regional, and global network of collaborations as well as a special Ph.D. program (www.dlr.de/me/spacelife), in which students from several countries as well as a variety of universities participate, are strengthening the ties between the Institute and its partners. All these activities have led to a strong increase in scientific output of the Institute during recent years (www.dlr.de/me/en).

It is assumed that this way to concentrate on important challenges of the future, to link up with leading local and global institutions and especially to invest in educating highly-motivated talented young professionals, is an approach that can also be applied to other fields 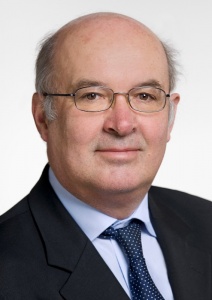 Rupert Gerzer is Director of the Institute of Aerospace Medicine of the German Aerospace Center (DLR) and Professor and Chairman of the Institute of Aerospace Medicine in Aachen, Germany, since 1992. He is also Head of the University Council of the University of Applied Sciences Bonn-Rhine-Sieg, Germany (www.h-brs.de/en), and is on the Board of Directors of the Scientific Council of the City of Cologne, Germany (www.koelner-wissenschaftsrunde.de/cologne-city-of-science/?lang=en). He is Member of the Board of Trustees of the International Academy of Astronautics (IAA; www.iaaweb.org), Member of the Medical Advisory Board to the German Minister of Defense and is Co-Editor of Acta Astronautica.

He received the Life Sciences Award of IAA in 2003, the Leonov Medal of the Association of Space Explorers in 2013, and the Gagarin Medal from the Russian Federation of Cosmonautics in 2014.