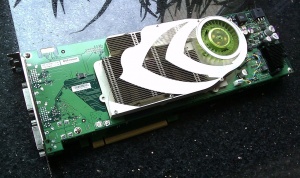 CUDA™ is a parallel computing platform and programming model invented by NVIDIA. Image courtesy of wikipedia

We would like to invite you to take part in the seminar “NVIDIA CUDA Day” at Skoltech.

In this workshop, you will be able to plunge into the world of supercomputers, and learn, for example, what really connects a supercomputer and a smartphone. Participants will also get acquainted with the experience of using GPUs for general-purpose computation, learn about the future of processors and new architectures for the next generation of supercomputers.

Also as part of the workshop we will present a platform for solving computational problems in embedded and mobile systems, autopilots and robots.

Mobile and embedded computing systems based on GPU + ARM.