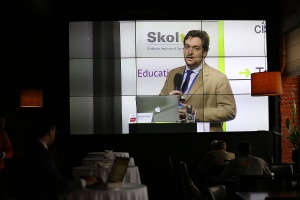 The award was announced at the INCOSE International Symposium IS 2015 in Seattle, coinciding with the event’s 25th Anniversary Edition.

Golkar, who heads Skoltech’s Strategic Innovation Research Group (SIRG) and only recently clinched the prestigious Luigi G. Napolitano Award  thanked the journal’s editorial board. “I am delighted by this award and the recognition from INCOSE”, said the Italian born Skoltech researcher whose team of researchers focuses in systems design for Space, Energy, and other applications, and concepts such as ‘space as a service’ and Federated Satellite Systems. “The Council serves a very important role in making an impact on the world with systems engineering practice. Together with my students, we are now working on developing systems engineering competency here at Skoltech. We hope to contribute more to INCOSE publications in the future.”

Interestingly, the paper, which uses a robotic Mars expedition as a demonstration, won the prize on the same day the New Horizons spacecraft flies by Pluto on the outer edge of the solar system.