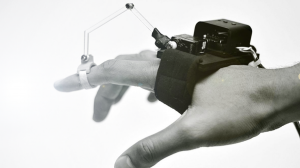 We invite you to a special seminar on “Haptics: From Skin to Perception and Beyond” with guest speaker Dr. Alexander V. Terekhov, Paris Descartes University (Paris 5).

Without the understanding the functioning of the visual system, advanced by Helmholz more than a century ago, we would not have had visual display and all related achievements, such as virtual reality helmets.

No similar breakthrough happened in tactile perception: our understanding of the ways it works did not change much since Aristotle. In my talk I will discuss the problem of tactile information processing at several levels: skin biomechanics, neural processing, and perception.

I will conclude with a new promising direction – sensory substitution – in which tactile modality is exploited to compensate the impairments in vision or audition. 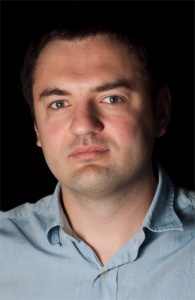 Alexander Terekhov was born in Moscow, Russia in 1981. He received his B.S. (2003) and Ph.D. (2007) in Applied Mathematics from the Moscow State University. His early work was mainly focused on biomechanics and control of human movements.

Being a postdoc at Penn State (2007-2008) he has identified the unique conditions for inverse optimization problem. This result was used to develop an algorithm for cost functions identification, which was applied to various human motor activities in healthy population as well as in patients.

In 2008 he switched to engineering and joined Movicom Ltd in Moscow to develop a system for aerial coverage of sport events which was used at Winter Olympics 2014. In 2009 he has made a sharp turn in his career by switching to the perception studies, at first to haptics, where he contributed to psychophysical and neurophysiological studies, and later to sensorimotor theory in general.

He is one of the main developers and popularizers of the formal sensorimotor theory of perception. Currently he works at the Paris Descartes University where he studies how naive agents (biological or artificial) can learn such fundamental perceptual notions as ‘space’, ‘body’, ‘object’, ‘tool’, ‘color’, etc.